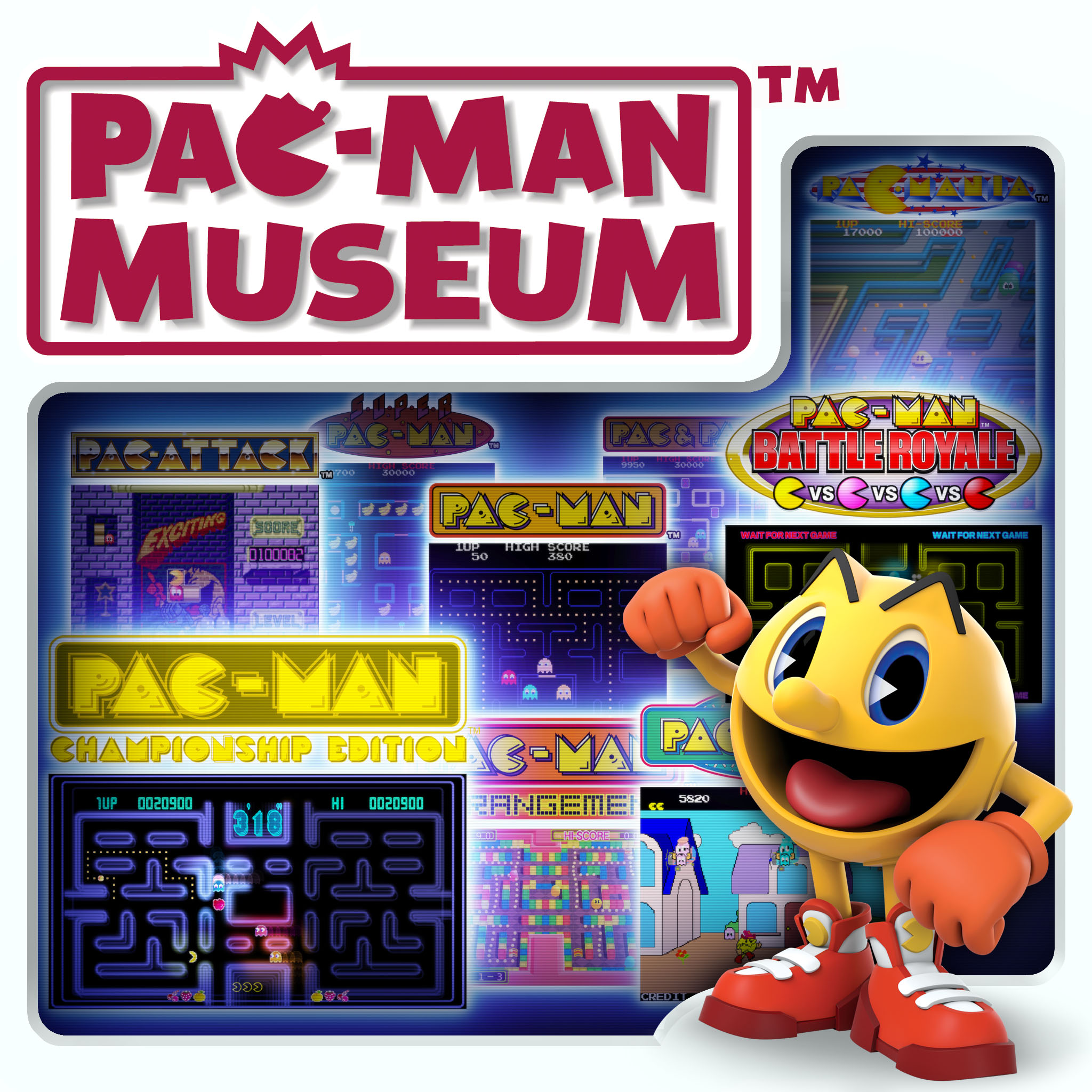 Thank you Bandai Namco for sending us this game to review!

Pac-Man was released in 1980 and quickly increased in popularity and has more than thirty spin-offs.  The Pac-Man Museum includes nine of them.  The gem of the collection is the multiplayer Pac-Man Battle Royale game that allows four players to eat ghosts and each other.  This is the first time it has been made available since its 2011 arcade release.  Ms. Pac-Man is also available as a separate $4.99 DLC purchase.

Many of the games included are not widescreen friendly and will be “boxed in” with a decorative border along the edges.  Navigating back to the main menu is relatively simple, but getting to the game selection menu is a little confusing.   The achievements and stage saving features are a nice bonus.  The Worldwide Leaderboards are available as a quick way to humble yourself if you think you’re any good at these games. 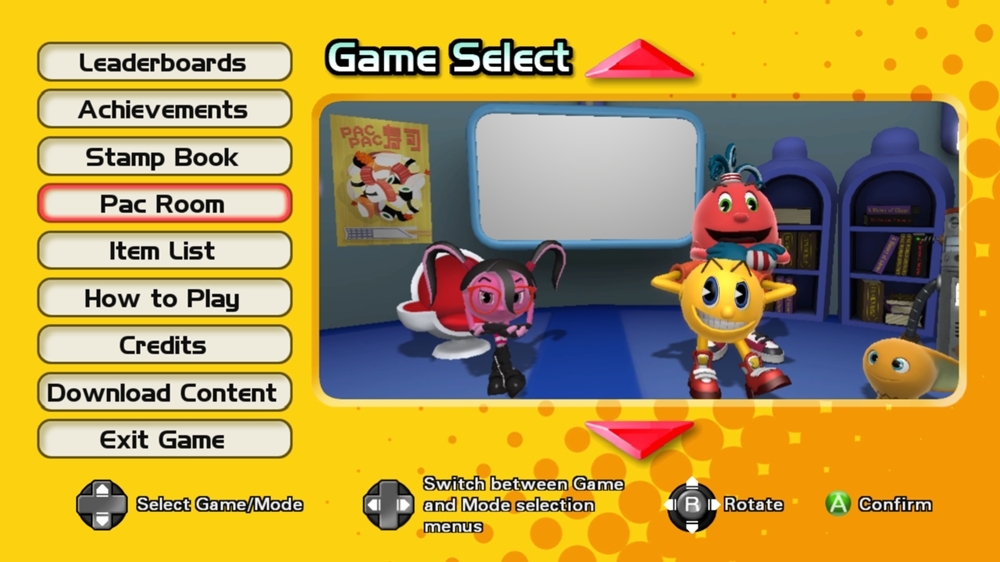 Strong Points: Nice bundle including Battle Royale which allows four players to eat ghosts and each other
Weak Points: $20 is a little high for 20-30 year old games, boxed in view, long load times
Moral Warnings: Ghosts are in this game and they will try to kill you

Speaking of games, here’s a breakdown of what is included in this bundle:

Pac-Man: The original maze game where Pac-Man must eat all of the pellets and power pellets scattered in the level to proceed to the next one.  The ghosts will move in a set pattern and take a life away from  Pac-Man if they collide.  When Pac-Man consumes a power pellet, he can temporarily eat the ghosts for points.  More points can be earned by eating fruit before it disappears.

Ms. Pac-Man (DLC):   The same gameplay applies when it comes to the pellets and ghosts.  Some improvements include more maze variety and warp tunnels. The ghosts’ movements are now semi-random.  The fruit still earns you points, but it is not stationary and moves around the maze.  As you progress in the game, the story of how Pac-Man and Ms. Pac-Man met and fell in love is told.

Pac-Mania: This game has a pseudo 3D look to it and Pac-Man does not look flat anymore!  The levels have more detail and some of the mazes are constructed in Lego bricks.  Besides the appearance, the biggest change is Pac-Man’s ability to jump.  He is not the only one and some of the ghosts will jump when he does to prevent him from jumping over them. 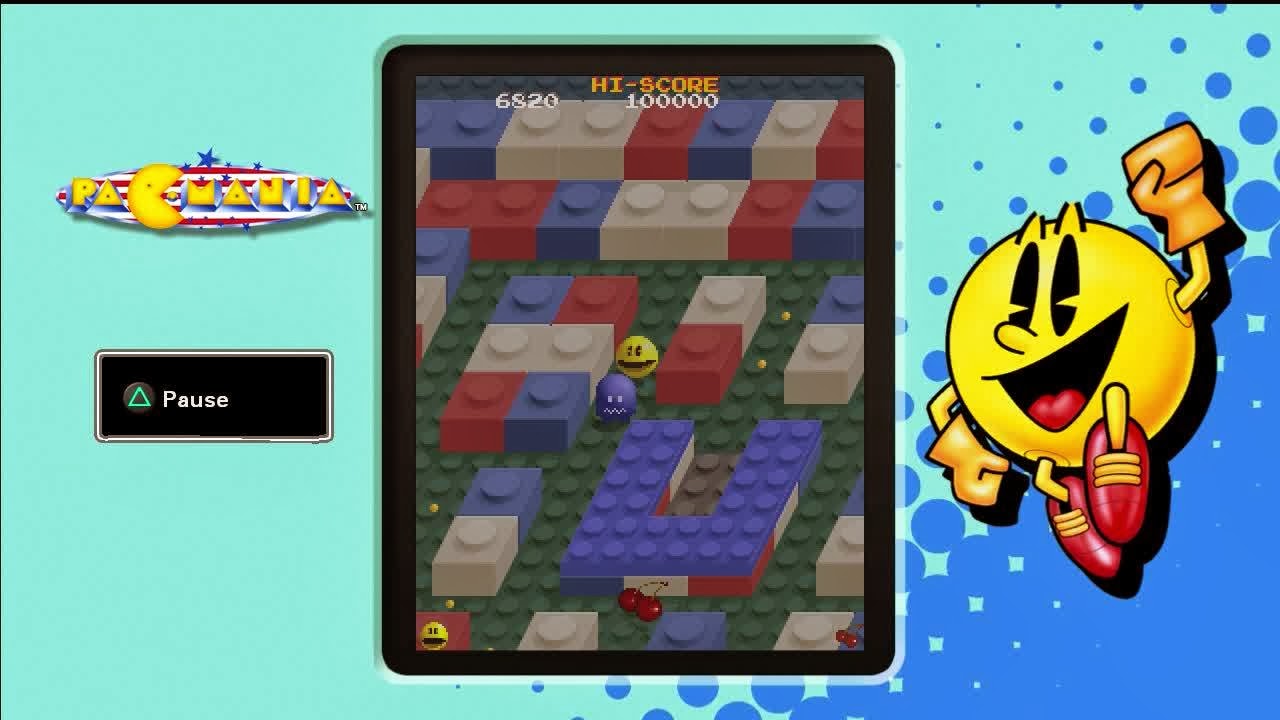 Pac-Mania: This game has a pseudo 3D look to it and Pac-Man does not look flat anymore!  The levels have more detail and some of the mazes are constructed in Lego bricks.  Besides the appearance, the biggest change is Pac-Man’s ability to jump.  He is not the only one and some of the ghosts will jump when he does to prevent him from jumping over them.

Pac & Pal: The mazes and ghosts are still present but the pellets are gone!  Instead Pac-Man and his pal, Miru, must turn over cards to unlock fruit and keys to gather everything.  Miru is invulnerable to ghosts and will help Pac-Man in collecting items.

Pac-Land: This is a side scrolling platformer where Pac-Man must dodge or eat ghosts(power pellet required), collect fruit and get to the final checkpoint before running out of time.  The ultimate goal is to transport the fairy that is under Pac-Man’s hat back to Fairyland.

Super Pac-Man: This game is back to a locked maze format, but the small pellets have been replaced with fruit.  There are power pellets that allow Pac-Man to eat ghosts and “Super” pellets that temporarily make him bigger, faster, and able to get into locked areas without keys. 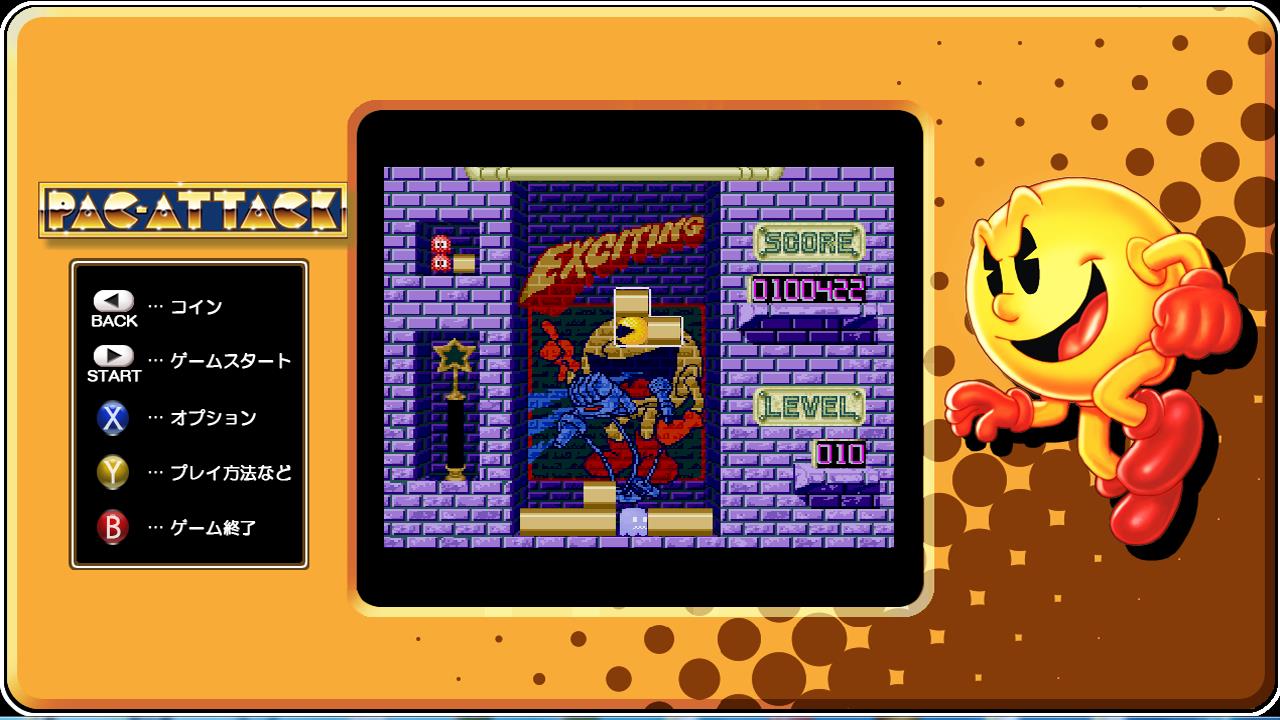 Pac-Attack: This Tetris style game lets you play by yourself or against a friend to see how long you can stack blocks with ghosts before letting them pile up too high.  Pac-Man will occasionally come down and eat ghosts in his path to help clear the way.  After the fairy meter fills up, a fairy will appear and remove eight rows of ghosts.

Pac-Man Battle Royale: You can play five rounds against a cpu or with three other friends to see who can win a majority of the matches.  A round is won when a Pac-Man eats another.  This game has modern graphics and pumping music with a lot of bass.

Pac-Man Arrangement: Back to the maze and pellet game style with colorful and modern looking graphics.  This game has the longest load times in the entire collection.  During these load times, neat features are being thrown in.  These include speed ramps, warps, gates, and boss battles!  The ghosts in this game start off extremely slow and remain stupid throughout the game.

Pac-Man Championship: The maze and pellet system has been revamped in this game. More pellets appear as you finish off the other half of the maze’s.  The pellets are infinite and your goal is to accumulate as many points as possible and stay alive for the entire five or ten minutes in the championship, challenge, or extra modes.

While there is a lot of variety in this bundle, the price is a little steep for twenty-thirty year old games.  Pac-Man Championship DX looks better than the regular one included in this bundle and is available for $10-15 with DLC included on Steam.   My kids and I enjoyed playing Battle Royale and if you see Pac-Man Museum on sale I recommend getting it for Battle Royale alone.     The other games are fun, especially Pac-Attack, but I enjoyed the modern ones more.  Fortunately, there is a demo available and I recommend checking that out before spending your hard earned money.