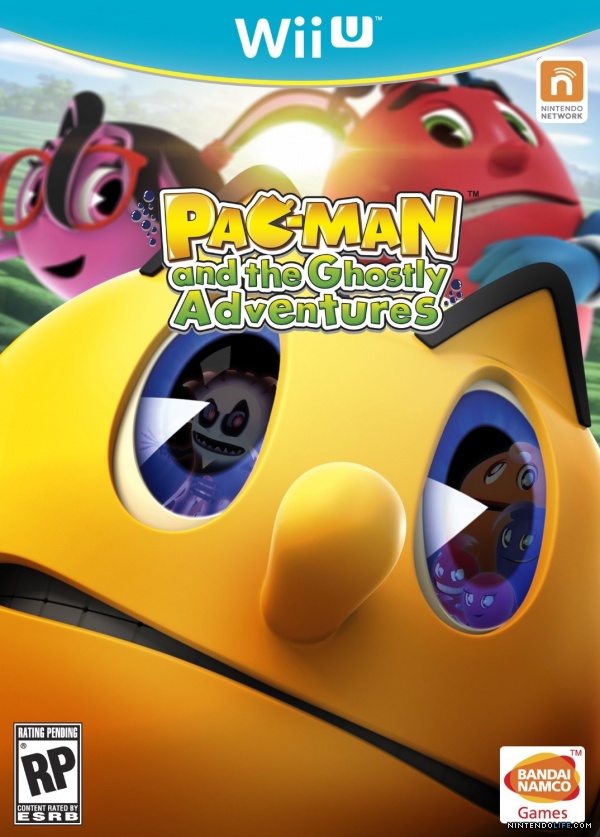 Thank you  Namco-Bandai for sending us this game to review!

Similar to the TV show, Betrayus is terrorizing Pacopolis again by stealing the Frigidigitator and flooding the city with sliming ghosts.  Pac-Man must restore the city to normal and recover the Frigidigitator before it gets misused.  Before you can confront Betrayus, you must clear out the six worlds and defeat the bosses that get in your way.

This 3D adventure platformer game is clearly geared for a younger audience with the colorful levels and relatively easy bosses.  Most of the time you have to use their attack against them without letting your guard down.  One of the more original boss battles took place on a giant grill where Pac-Man had to eat up all of the (badly) cooked food while avoiding the random hot spots. 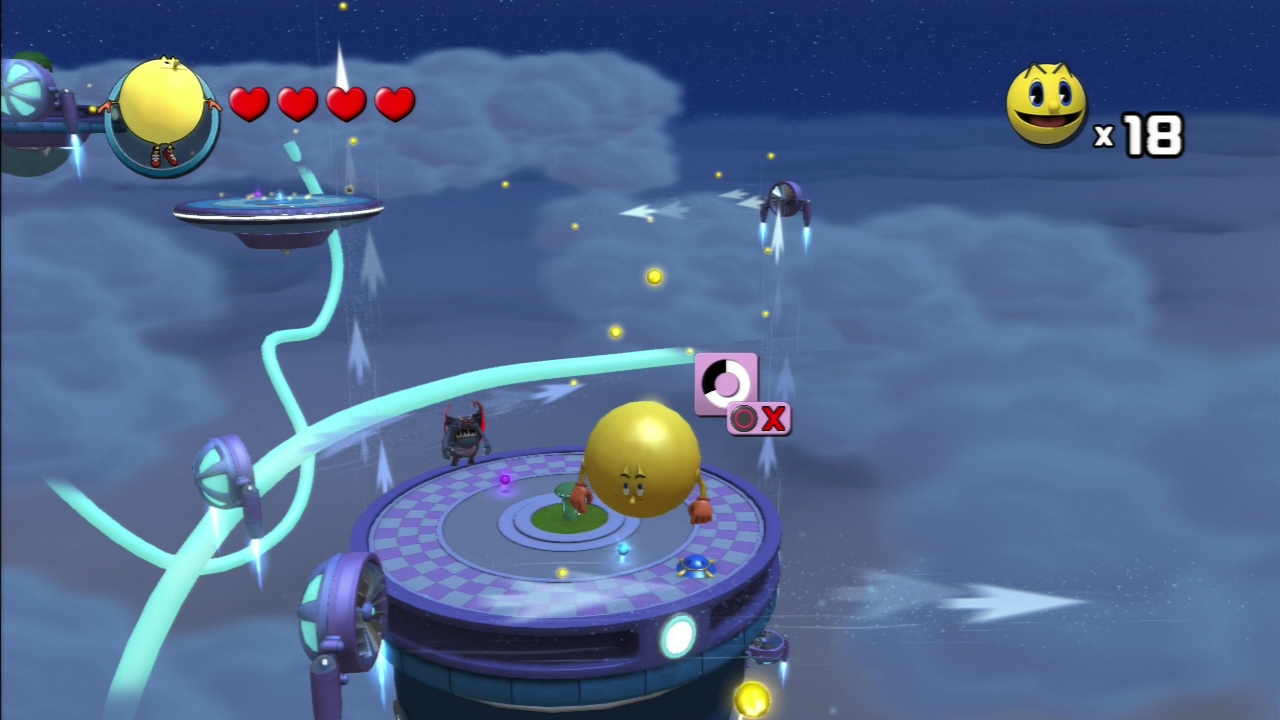 Strong Points: Fun gameplay with multiplayer; witty remarks from Pac-Man
Weak Points: Some of the power-ups are hard to use; easy bosses; camera gets in the way at times
Moral Warnings: Ghosts are gobbled up and burped out at the end of each level

The ghosts are easily defeated as Pac-Man can usually swallow them in one bite.    They're not defenseless though as some of the ghosts will hurl slime at Pac-Man and other elemental ghosts have to get neutralized before he can chomp them.  Fire ghosts need to get chilled and ice ghosts need to be melted.  To make that happen, Pac-Man needs to transform into one of his many special modes by eating a power pellet.

Besides fire and ice capabilities, Pac-Man can transform himself into a chameleon, a rubber ball, a granite ball, a balloon, a tornado, or gain magnetic abilities.  The chameleon ability allows Pac-Man to become temporarily invisible or eat ghosts and cling to poles with his tongue.  When Pac-Man turns into a rubber ball he can bounce across walls or jump higher.  Pac-Man becomes invincible when he rolls around as a huge granite ball- he can still die by falling off the ledges though.  Rolling over ghosts is fun and the AI cracked me up when the ghosts intentionally got in my way and got squashed.

My least favorite power-up was the balloon ability.  In this mode Pac-Man had a limited amount of air and aiming him properly cost me several lives to get it right.  Thankfully the levels offer several check points.  No matter what you do or power ability you transform into, Pac-Man has a witty comment for everything.  When left idle he'll say "I think I've seen everything I'm suppose to see here" and when he transforms into the granite ball he'll say "Let's rock and roll". 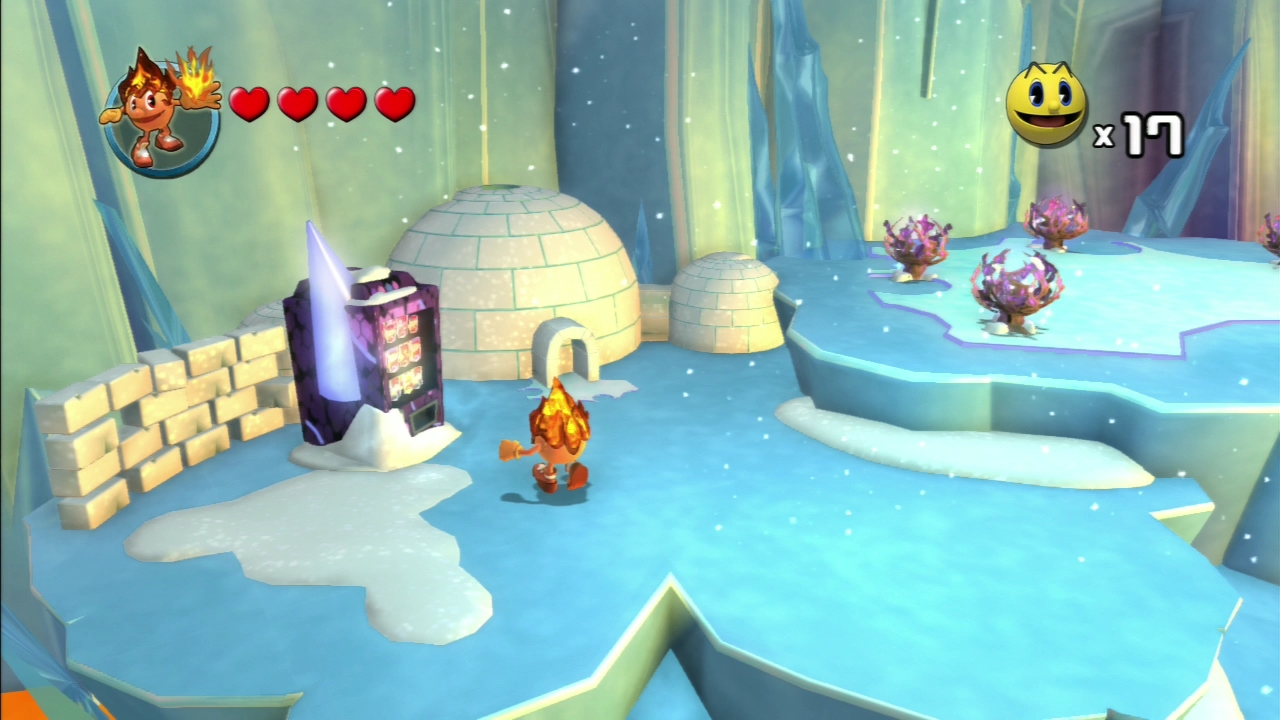 The voice acting is well done in this game and all of the characters sound great.  The background music is reminiscent of the original game.   There are also remakes of classic arcade minigames that can be unlocked after you collect numerous fruits and vegetables from completing levels.  While the concept is nice, I tend to prefer the original retro version of games like Choplifter.

The local multiplayer mode has a retro feel and the twist in this version is that you and up to four players are the ghosts.  You can attack Pac and his friends until they eat a power pellet and the tables are turned.  My kids loved this game and it's my son's new favorite series.  Other than the cartoon violence and the disturbing fact that collecting the ghost's eyes gives Pac extra lives, Pac-Man belches them out at the end of every level.

While the 3DS version of the game is fun, the Wii U one is hands down better in every aspect.  The graphics and voice acting is far superior and the mutliplayer and arcade minigames add replay value after defeating the wimpy bosses.