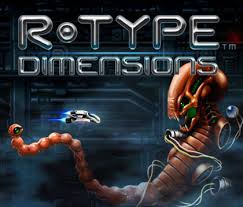 Thank you Tozai Games for sending us this game to review!

R-Type Dimensions is a modern collection of the first two classic R-Type games from the late 1980s.  As an emulation of those games, it works well.  There is also a the welcome addition of an HD graphics mode that is a nice touch.  But what surprised me was the realization that the classic R-Type games that I played as a kid were not these arcade games – those were the significantly rebalanced console editions.  These arcade classics were designed to eat quarters – and they no doubt did that with aplomb.

While I consider my skill at shoot 'em ups to be above average (but by no means high end), it quickly became apparent after about the second level that this game means business.  It didn't take long before I started racking up double and then triple digit deaths on each level. 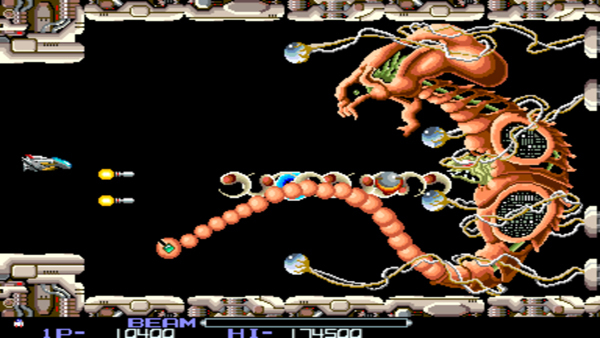 You see, this game has two modes: a Classic mode where you have 3 lives and can continue after certain checkpoints, and Infinite where you have unlimited lives, and your score can be sent to leaderboards if you do well enough.  Suffice it to say that while I did get to complete each game after a few short hours in one sitting, my scores were laughably bad.

Most of the time I was playing, I used the new HD mode.  The graphics look pretty good here.  But there is a button that is all too easy to hit, that switches you between modern and classic on the fly.  While that may sound neat, and it was, it can be distracting.  What surprised me the most was that classic mode is a noticeably less laggy experience.  Your controls, and the game speed itself, is just a bit quicker and more nimble.  I would not expect any modern gaming system, even one as long in the tooth as the Play Station 3, to run a game of this kind anything less than perfectly, so I have a hard time accepting that it's anything less than poor optimization. 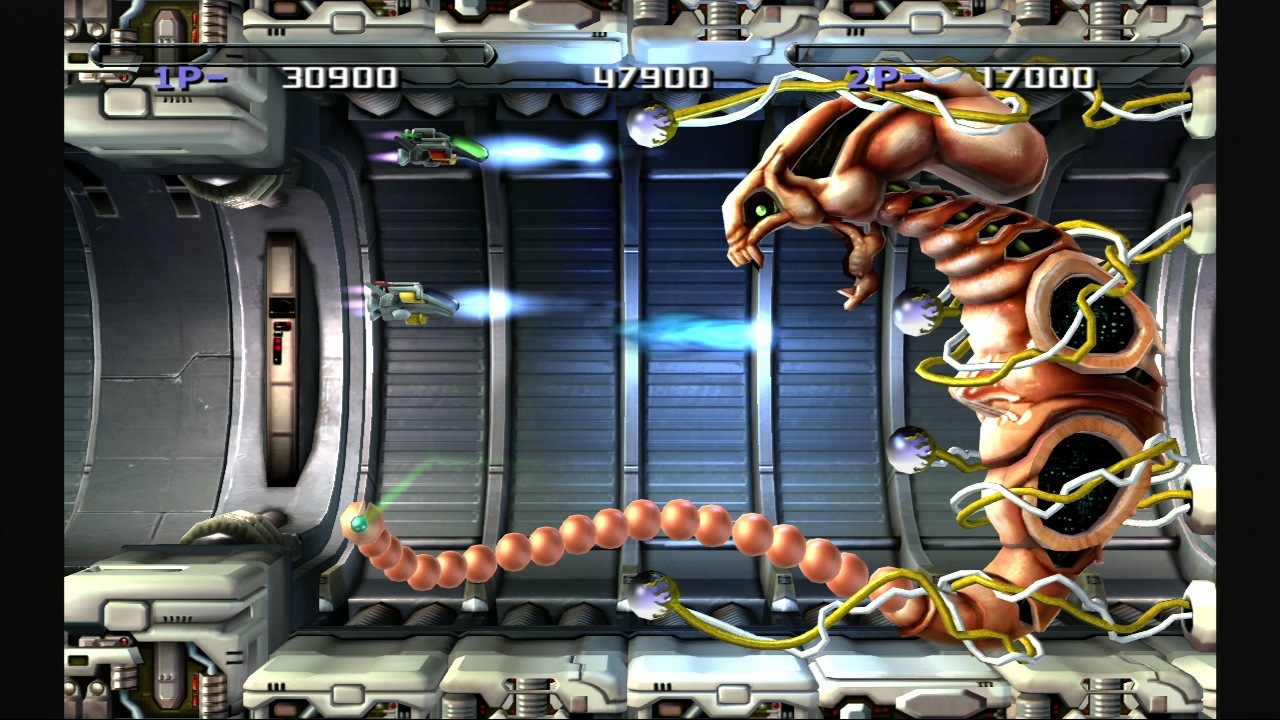 For those who have never played R-Type, you are trying to save humanity from the Bydo threat.  It is a 2D horizontal side scrolling shoot 'em up.  Your ship is equipped with a unique Force Pod, which can take various power ups, and be blasted forward in front of you, or behind you.  It can also be attached in front or behind as well.  You can also prepare a charged shot for a more powerful blast.  R-Type II has a super charged shot, but I find the release window required to be frustrating to pull off consistently.

Despite this, I would say that if you like classic shoot 'em ups, especially ones as important to the genre as R-Type, you really can't go too wrong with this collection.  There also a co-op mode, which is a nice touch.  Other than the odd fetus enemies, and blasting aliens to bits, there is not much to complain about morally.  Just don't be surprised if you die a whole lot because you did not fly the level in the perfectly prescribed method that you are expected to find by countless repetition.  No matter how perfect the port is, nothing can save you from the pitfalls of classic game design.