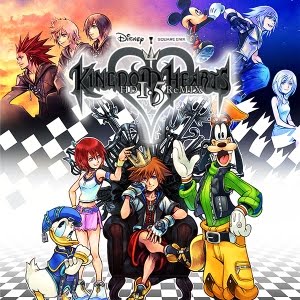 Since the series’ introduction back in 2002, Kingdom Hearts has become one of the top RPG franchises currently running. Despite its odd concept of Disney-meets-Final Fantasy, it has held gamers’ interest with its intriguing stories, lovable characters, and action-packed gameplay. Now PS3 owners are able to experience the full saga (not including Kingdom Hearts 3D: Dream Drop Distance) with the releases of 1.5 and the upcoming 2.5 ReMIX.

Kingdom Hearts HD 1.5 ReMIX features three of the series’ titles: Kingdom Hearts Final Mix (a Japanese-exclusive enhanced version of the first game), Kingdom Hearts Re:Chain of Memories (a PS2 remake of the original Game Boy Advance game), and HD cutscenes of Kingdom Hearts 358/2 Days (a DS title which I had reviewed previously). Each has been updated with HD graphics and trophies.

The first game included is Kingdom Hearts Final Mix. The game is mostly what you remember of the original game back in 2002 with some differences. The core gameplay and story are the same. However, new things have been added, such as more unlockable moves, an easy mode, and extra cutscenes that show more of the story. The new cutscenes are silent, due to the fact that most of the main characters’ actors sound different today than they did twelve years ago. Of course, the silence feels more like an effect than an error and is appropriate in the specific scenes that are added.

Despite most of the additions being rather small, they are very effective in making the game more enjoyable. Most Kingdom Hearts fans will remember that you could not skip cinematics in the original game. Now you can skip them. Also, those who found the original game to be too hard can play the game on easy mode now. 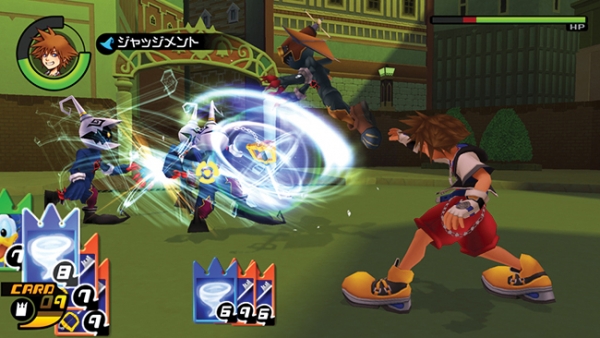 Some of the changes in Final Mix are new to the 1.5 ReMIX release, which also make the game better. First, the camera is controlled by moving the right analog stick, as opposed to the R2 and L2 buttons. Though the camera work is not perfect, it is now a lot better thanks to this change. Also, the triangle button now activates special commands such as talking to people, picking things up, or performing special attacks. This is much less tedious than having to scroll through your commands like you had to in the original. The triangle button, in the original game, made your teammates cheer you on. This version still allows you to do that and will sometimes make your teammates cheer instead of activating the optional special attack, which can be annoying.

The second game included, Re:Chain of Memories, is a much improved version of the Game Boy Advance game. The gameplay and level design is much more similar to the other titles, which makes the game feel much more like a Kingdom Hearts game. Yes, the card system is still used. But with the 3D camera and more series-accurate worlds, the game fits better with the series than the original.

Another addition to Re:Chain of Memories, is the Pluto card. You will likely remember that in the original Game Boy Advance version, you ran out of cards quickly. The chances of that are now much less likely thanks to the Pluto card, which gives you back many of your cards when you start to run out. True, the card can be stopped by enemies, but the fact that it can help you out when you are in a jam makes it much less frustrating than the original.

Re:Chain of Memories is divided into two stories: Sora’s (the main story) and Riku’s (which can be unlocked after beating Sora’s).

Sora’s gameplay, though not nearly as fun as the gameplay of the other titles, is very interesting. Despite it not being as flashy or exciting as the previous games, being able to customize your attacks through a card deck is quite fun and adds a sense of strategy to the gameplay. Being able to choose what to level up is also a new feature that adds depth to the game. Sure, it gets repetitive, but it still is quite fun to play. 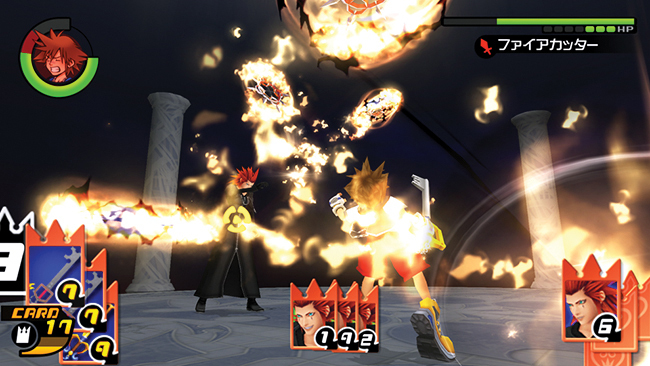 Riku’s, on the other hand, is not. Instead of being able to customize your card deck like Sora, Riku is given a pre-made deck that cannot be customized. In other words, the strategy, which was the thing that made Sora’s gameplay interesting, is taken away from Riku’s gameplay. Also, the Pluto card cannot be used, which means that if you only have one card in your deck, you cannot get any more to use later. Out of all the gameplay styles featured in the Kingdom Hearts series, Riku’s in (Re:)Chain of Memories is easily the worst.

The last game included is 358/2 Days. Unfortunately, this part of the collection is not a game at all. Instead, the gameplay is taken out and replaced with cutscenes, turning it into a 2 hour and 50 minute movie. This in it of itself does not seem like a bad idea. A Kingdom Hearts movie would be interesting to see. However, when the creators say “movie”, they do not mean that it plays out like an actual film. This “movie” that they speak of is actually a bunch of cutscenes put together by some summaries texts in between. This method really takes out the depth and character development in the story. Also, there really are not any action sequences.

Those who have not played the original DS game will notice that there seems to be something missing when they watch this, especially when they see that the climactic battle near the end is skipped entirely. It is not bad, but it really feels like a cheat in order to finish this collection on time. But really, how great would it be to be able to play multiplayer (which was introduced in the original DS version of this game) on a console Kingdom Hearts game?

Newcomers will get the gist of the plot, but miss most of the character development. After all, without playing Kingdom Hearts II, which will be in 2.5 ReMIX, why should you care about Roxas, who at this time appears to be a random character? The original game established why, but without the details explored in the original, the character seems pointless.

The graphics to the games are very good, especially considering how old they are. Two of the three games actually receive detail upgrades, as opposed to just being transferred to 1080p. Final Mix and 358/2 Days have updated graphics that are very smooth. Re:Chain of Memories, however, does not appear to be very updated, featuring models that have pixilated details. Despite the lack of update on Re:Chain of Memories’ part, you can tell that the graphics have held up a lot better than other PS2 games. 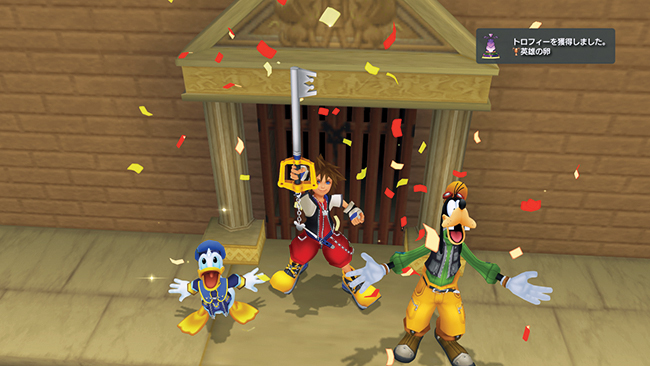 The voice acting is for the most part very good, featuring both returning Disney actors and Disney sound-alikes. Also, the actors of the Kingdom Hearts-original characters are also great. The only real problem is that both Re:Chain of Memories and the 358/2 Days movie have moments where the acting sounds very anime. Otherwise, the acting is very good.

The music, as most Kingdom Hearts fans would already know, is great. The collection replaces all of the original tracks with new, live-orchestrated ones. The new tracks do not sound too different, but being as the music was great to begin with, that is not exactly a bad thing.

In regards to moral content, the three included titles are mostly clean. Basic concerns are the violence and the magic use. Neither is very dark and both are more reminiscent to that of Disney films. There is some suggestive clothing, particularly Yuffie’s outfit, which shows her midriff. Those who played the original Chain of Memories will likely remember the use of the word “hell” used by Axel once. In Re:Chain of Memories, however, the line is replaced with something less vulgar.

Kingdom Hearts HD 1.5 ReMIX is a great way to catch up on any games you missed previously. With the new changes to the graphics and controls, it is safe to say that at least Final Mix is the definitive version of the game. I personally think that Re:Chain of Memories is a large improvement over the original, though there are others who would disagree with me. Some will be turned off by the idea that 358/2 Days is not a full game. I would suggest playing the original, if you have a DS or 3DS. In the end, Kingdom Hearts HD 1.5 ReMIX is a great collection and a must-own for any Kingdom Hearts fan.