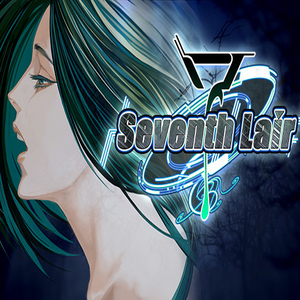 Thank you MangaGamer for sending us this game to review!

For those who may not remember, I really enjoyed NOVECT's previous work, The House in Fata Morgana and its prequel.  Those were both groundbreaking visual novels in many ways, and tell a deep and intricate story with a lasting emotional impact. While made by the same developers, Seventh Lair was originally released as an April Fools joke, and starts off seeming to be a much more light hearted tale.

Virtually all of the characters are from The House in Fata Morgana, and their character art returns, as do some (but not all) of the set pieces. What is told here, rather than a story that spans across time, is the story of how Michel, who goes by Dark†Knight online, and several of the members of his message board are sucked into a virtual RPG video game where they have to learn how to get out. Despite largely taking place in a virtual RPG, the game itself is still entirely a visual novel - and this one is fully kinetic, without choices. For those who don't know, a visual novel is most easily summed up as a book with pictures. It's an interesting story, and it starts off fun, though it does turn dark and difficult, discussing some very heavy topics. 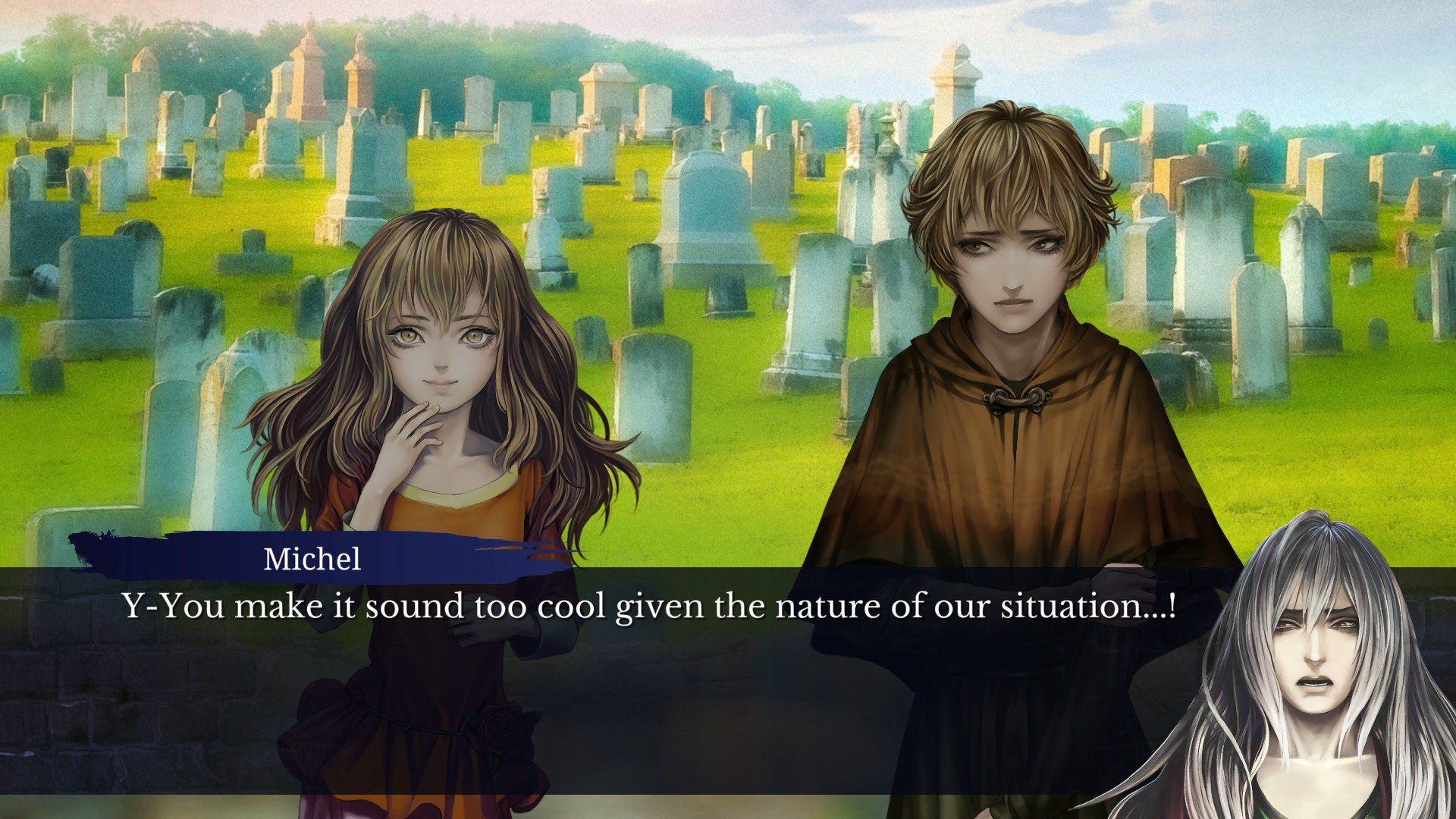 Strong Points: Touching, emotional story that deals with difficult life situations; nice art, even if much of it is recycled; great music
Weak Points: Not particularly long (though the Steam page tells you it's short); not as good as their other visual novels
Moral Warnings: Curse words; God is used in a self-referential and God/creator sense; angels and demons referenced; one woman shown in a very skimpy outfit; transgender (lesbian?) character; sex outside of marriage implied; crude humor; murder, death, and suicide referenced

In the 'game' section of the story, it's interesting how it's done. The music is of the chiptune variety, and many gaming tropes like slime-like enemies, NPCs, and more are all present. It's pretty fun to see how these characters who barely get along deal with this ever-changing setting.

While playing Fata Morgana is not required to enjoy this story, most of the characters have a very similar personality to what they did in those games, so it is recommended to read them first. One of the characters, who looks extremely female (and her character art shows a large amount of cleavage and other exposed skin) is revealed to be {spoiler}a female who feels like she is a man. She acts like a man online. She is also attracted to women. She realizes that she might as well keep up her woman persona in real life, because any medical attempts to try to appear to be male is physically damaging and will never be a satisfactory life experience because she will never truly be a man.{/spoiler}

The story takes a dark turn, and eventually addresses murder and suicide. The imagery is definitely dark, and images of blood and self harm are present. It also explores the mind of both the suicidal and a murderer. It also addresses what kinds of sins lead to Hell, and what can lead to redemption. Despite the presence of angels (and demons), unfortunately there is nothing like the Gospel present; redemption seems to be more about avoiding death/murder than seeking out a savior or relying on God. 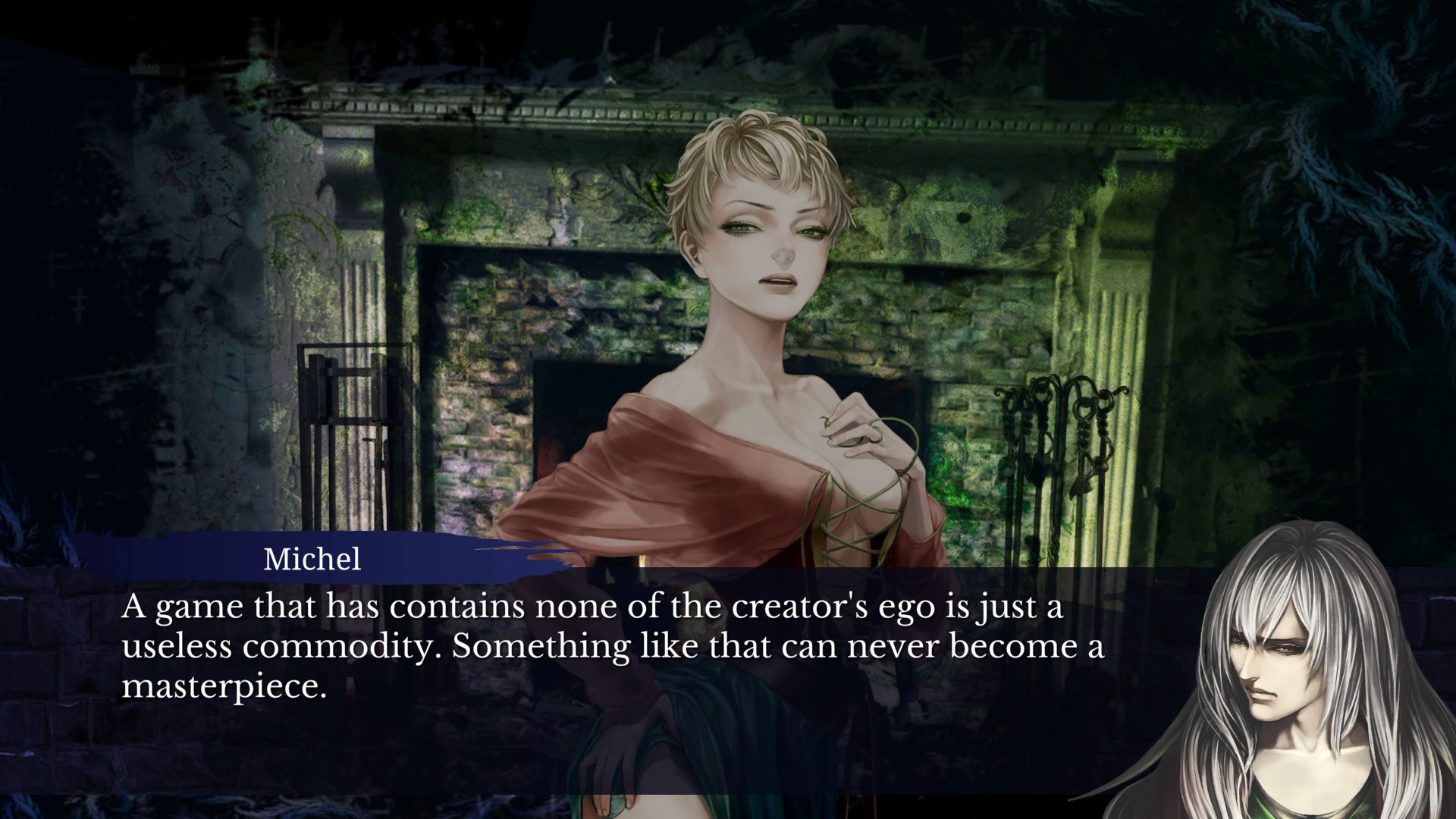 Seventh Lair is an interesting short story from the writers of some of the best visual novels I've read, not to mention long, massive works. It's an interesting diversion that is certainly well illustrated with excellent music and art as is usual for NOVECT. It's definitely meant for a more mature audience, and some of the ways certain topics are dealt with aren't likely to please everyone, but it is an engaging story while it lasts. While it's not unforgettable like the Fata Morgana duo of games, it's an interesting take on the characters and a decent read. If you are already a fan of Fata Morgana, it's definitely worth reading, and it's certainly a fair price. It's otherwise a good story, but it doesn't escape the shadow of its bigger predecessors. But then again, sometimes a shorter story is just what the doctor ordered! Just don't expect something fun and uplifting; it starts off cute but definitely gets dark and serious before the conclusion.