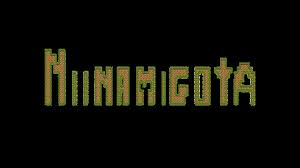 Thank You Colin Sanquist for providing us with a review code!

The RPG Maker program is a pretty good way to not only get game developer experience but also to make games on a low budget. Some series such as Corpse Party started out in RPG Maker and popular indie games such as Yume Nikki, To The Moon, and LISA: The Painful were made in said engine. However, not every product created in this program falls into the role-playing game category.

Niinamigota, despite being made in RPG Maker 2003, is an adventure game created by sole developer Colin Sanquist of Sanquist Games. You play as Island Boy and Island Girl (the player can name them whatever they desire), two children who end up on a mysterious island after the boat they were on ends up shipwrecked by a storm. On this island, the two kids, as well as a couple of others are tasked with repairing the ship in order to get off the island.

Niinamigota does things a bit differently from others in its kind. While adventure games (or RPGs) are no stranger to protagonists that tend to suffer through mental issues, it’s one of the few that make the mental issues of the characters a significant plot point (and the driving force of the narrative) and has them deal with the effect they have on children. Island Boy suffers from some form of cognitive disorder and he has trouble expressing his thoughts. These limitations on his expressions and the fact that most people don’t or are unwilling to understand him lead to him having rather explosive and violent outbursts. Island Girl’s mental issues are more concrete, dealing with post-traumatic stress disorder, although she is much more sociable than Island Boy. Portraying mental issues in media is hard because many creators tend to lean towards “entertainment” rather than “informative.” Handling these things incorrectly can come across as highly offensive and ignorant. Niinamigota handles these in an appropriate manner as you get to read Island Boy and Girl’s thoughts, the reason why they are, and how both help each other through their problems. Their character development is easily the best part. 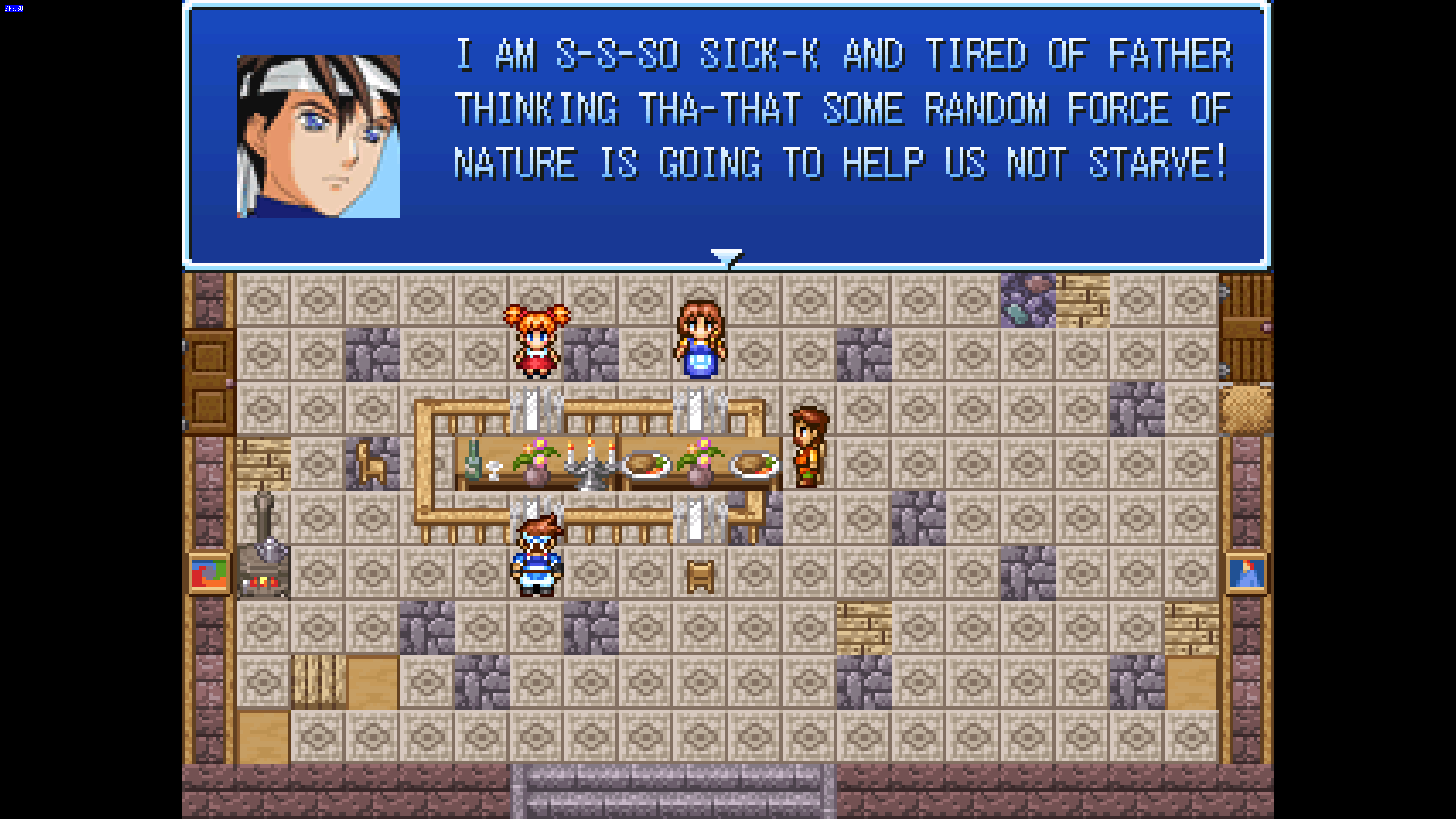 Although made in the RPG Maker 2003 engine, there is no battle system whatsoever. The game does fall into some conventional RPG mechanics and the characters all have equipment slots, but only one can be used (the others are used for flavor text and lore). The player will be traveling around the world like any classic (J)RPG. Each playable character has certain equipment that can be used to clear obstacles such as a weed wacker to clear brush, or a flamethrower to burn down trees. You’ll be doing this very often and some characters only equip certain equipment. It can get repetitive entering the menu and selecting certain items over and over. Frankly, it isn’t good, even with the tongue-in-cheek messages that accompany the action.

Further into gameplay, and probably the worst aspect of Niinamigota is the monster segments. Like in many RPGs, there will be enemies on a screen. They’ll sometimes move in an erratic pattern that will lead to a battle screen. Since Niinamigota is an adventure, touching any of these monsters leads to an instant game over. And there are no checkpoints either. A game over boots you back to the title screen. These segments have lots of enemies and more often than not have a random pattern. Many of these enemies move faster than you so a lot of the moments are left to luck instead of skill. You’ll be getting well acquainted with the game over screen.

The visual world of Niinamigota is best described as inconsistent. The character sprites themselves are pretty good, reminiscent of Final Fantasy sprites. However, the character portraits are animesque and of low quality so they tend to look blurry. The environments can range from a coherent layout to a mishmash of sprites and sometimes look unpleasing. They’ll be a mixture of random whirlpools on land, and snow tiles in forest areas where there would be no snow in the first place. Characters that say they are miners are clearly using a samurai sprite and portrait.

I had to keep multiple save files around as it’s surprisingly easy to either softlock your game or enter a state where your save file is bricked. The three major instances of the latter were when Island Girl would say “You can’t pass this area” because I need to speak to someone, but lets me go anyway, which caused certain events to not trigger. The other one was somehow triggering a sequence break by answering a quiz incorrectly and then speaking to an important non-playable character that caused him to vanish, but when I wanted to move on, the game kept saying, I needed to speak to said NPC when I already did. The last one was probably the most frustrating of them all. In Chapter 6, there is a point where you have 15 minutes to escape a cave. But since the timer keeps going even in cutscenes and you can technically leave the area without accomplishing the objective, you can leave yourself with not enough time to complete the other objective and leave the cave, making that file unable to be completed. 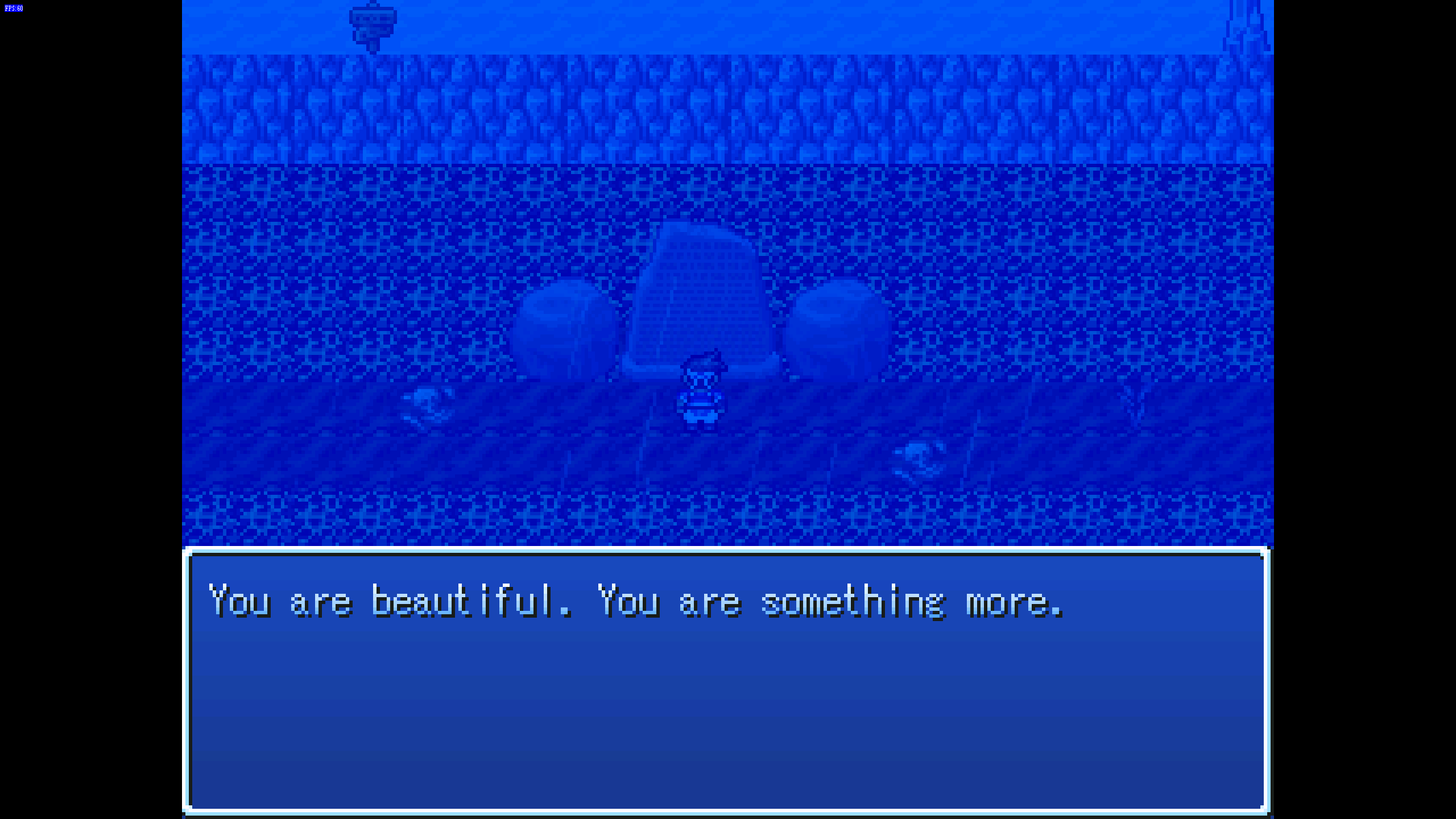 The settings are also strange because the max resolution of Niinamigota is 960p, and it is controller compatible but never states it. This is also one of those experiences where the speed of the game is tied to the framerate. Traversing the map has no frame limit so you can zoom across the map with a powerful GPU, but the town/village/dungeon areas have a frame limit of 60. Well—except for the enemies. One way to “circumvent” this is by checking a few boxes in the graphics settings in-game, but this means Niinamigota technically doesn’t have a frame limiter setting.

Now getting into moral warnings, there are some instances of violence. Most of the violence is depicted in text or with stock RPG Maker special effects used for actions or status ailments in another game. Language consists of words like “crap”, “d*mn”, “h*ll”, “bad*ss”. I believe each of them is used once each. Some of the monsters you can come across are undead skeletons, and the main antagonist, Wally, looks like the personification of Death. Sometimes, Wally is also called “the devil.”

A valiant effort was made with Niinamigota as it took me around ten or so hours to complete, but I cannot recommend it to most. It may have to do with the outdated program as five more versions of RPG Maker have succeeded it since. Even so, the gameplay segments are slightly annoying at best, and highly aggravating at their worse. The biggest offender is the messy Chapter 6 with tons of poor design choices all around. It’s a shame because I ended up liking Island Boy & Island Girl as characters. As for developer Colin Sanquist targeting a ten and older audience, morality-wise, it lands around that area. Maybe next time the developer will create something great as the foundation for it exists, and I truly believe he is capable of it.