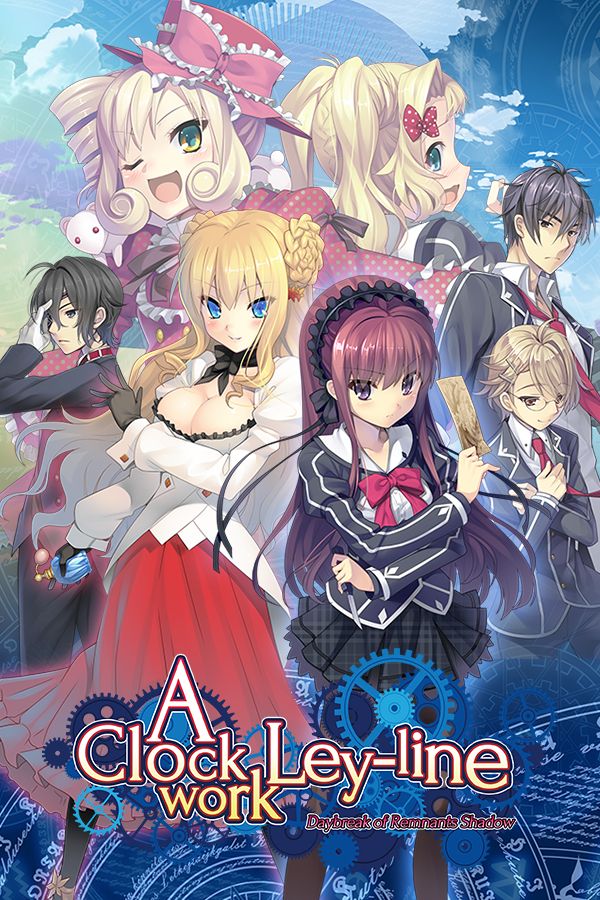 Thank you Sekai Project for sending us a review code!

The Libra Lapis Lazuli Private Academy isn’t your typical school. After classes, the students are whisked away to their dorms and are not allowed to leave until the following day. A disciplinary committee strictly enforces these rules. The Bureau for the Investigation of Special Affairs and disciplinary committee often work together to solve cases affecting both the day and nighttime students. At night, the school magically transforms and students from another dimension appear and attend classes there. 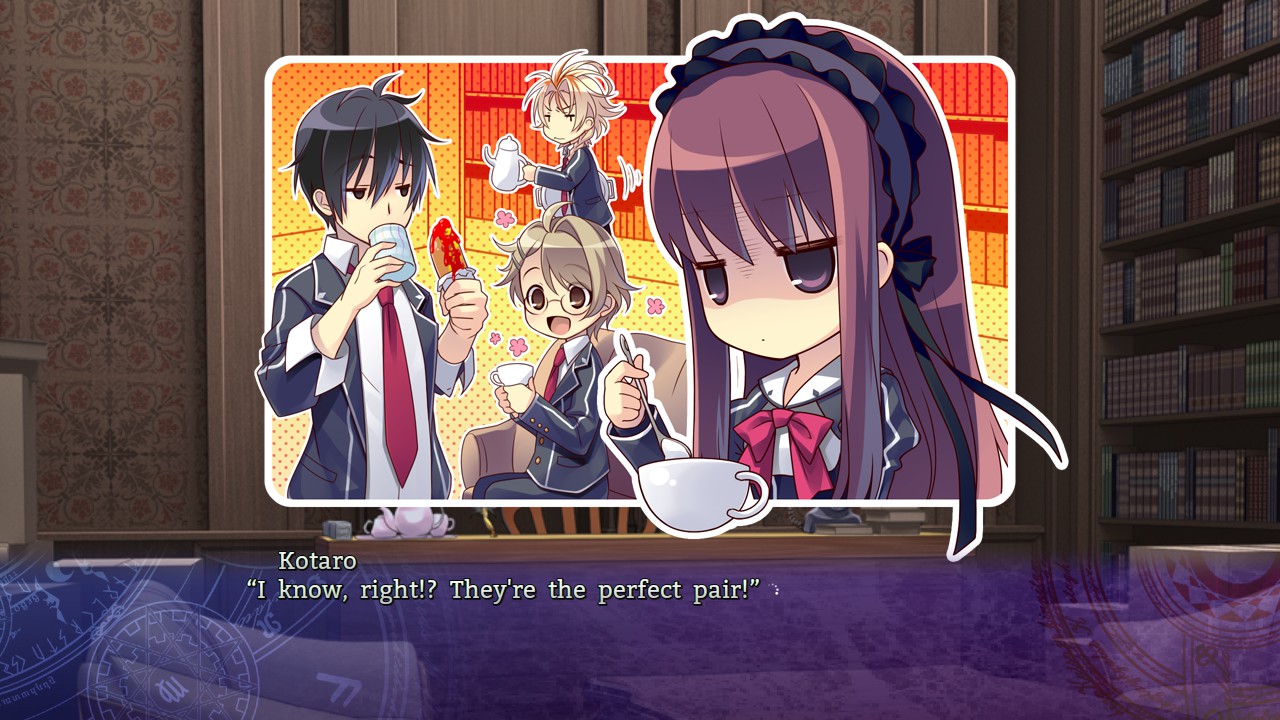 The main character, Koga Michiru, is part of the Bureau for the Investigation of Special Affairs. The school has a storeroom of magical artifacts called Mists. It’s not uncommon that these artifacts break free at times and cause a ruckus until they are sealed away again. One of these Mists is a family heirloom from a prestigious family of powerful magic users. The heiress and her butler are guests at the school in hopes of retrieving their heirloom. While they are waiting, they manage to cause the Bureau for the Investigation of Special Affairs some trouble and are extremely curious as to what this magical school is hiding. The uncovered truths will be revealed to the guests and to the bureau throughout the six episodes in this installment.

Like the first game, A Clockwork Ley-Line: Daybreak of Remnants Shadow is a visual novel style game with several choices to be made throughout your ten+ hour play-through. Most of your responses won’t impact the story until the final chapters where wrong answers will kick you back to the title screen after seeing a bad ending. After completing the game and seeing the credits roll, you’ll be graded on how many correct responses you have provided. I had over 90% and a SS ranking. Wrong answers are pretty easy to detect as you’ll often be corrected if you’ve given an undesirable response. I played for over ten hours. There is some replay if you want to attempt to get all of the answers correct, but I’m happy with my current rating. 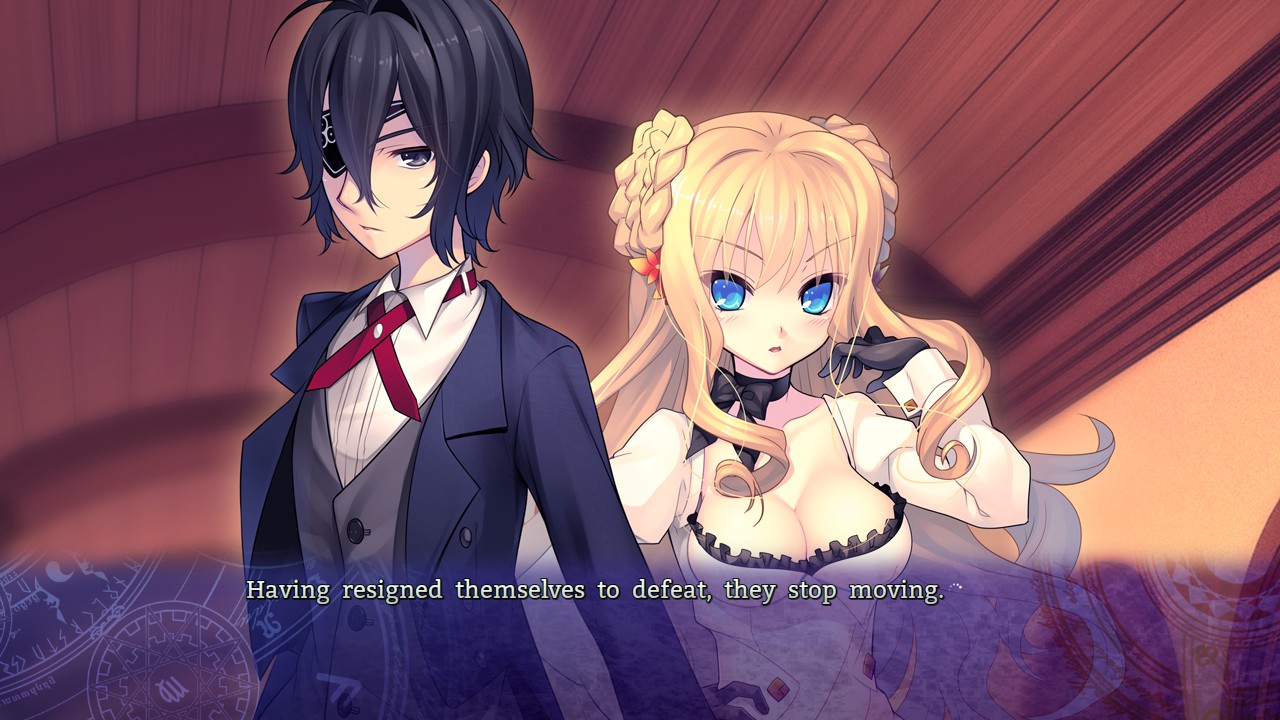 Morally, A Clockwork Ley-Line: Daybreak of Remnants Shadow has many of the same issues as the previous game. Magic use is prevalent and drawing of blood and talismans are required for sealing away mists. One of the characters has a foul mouth and you’ll hear him say words like hell, d*mn, b*stard, and use the Lord’s name in vain. Sexual references are made and there are some awkward situations. For example, the female school principal’s clothes get muddied while she’s unconscious and it’s up to the main character to bathe her. During this scene my screen was blacked out with just the dialogue showing. I have no doubt that the uncensored version of the game shows a lot more. Some of the artwork in the version I played showed some details that I’d rather not see. For example, I was able to see the crevices of a female character's crotch. There is some "Barbie doll" nudity of non-human characters.

Overall, the story is solid and I learned a lot about the characters and the school’s sketchy history in this installment. The quality is top notch in this series so far with the good (Japanese) voice acting and nice artwork. I look forward to the final entry in this trilogy. If you enjoy visual novels and don’t mind the moral content, the A Clockwork Ley-Line series is worth checking out.