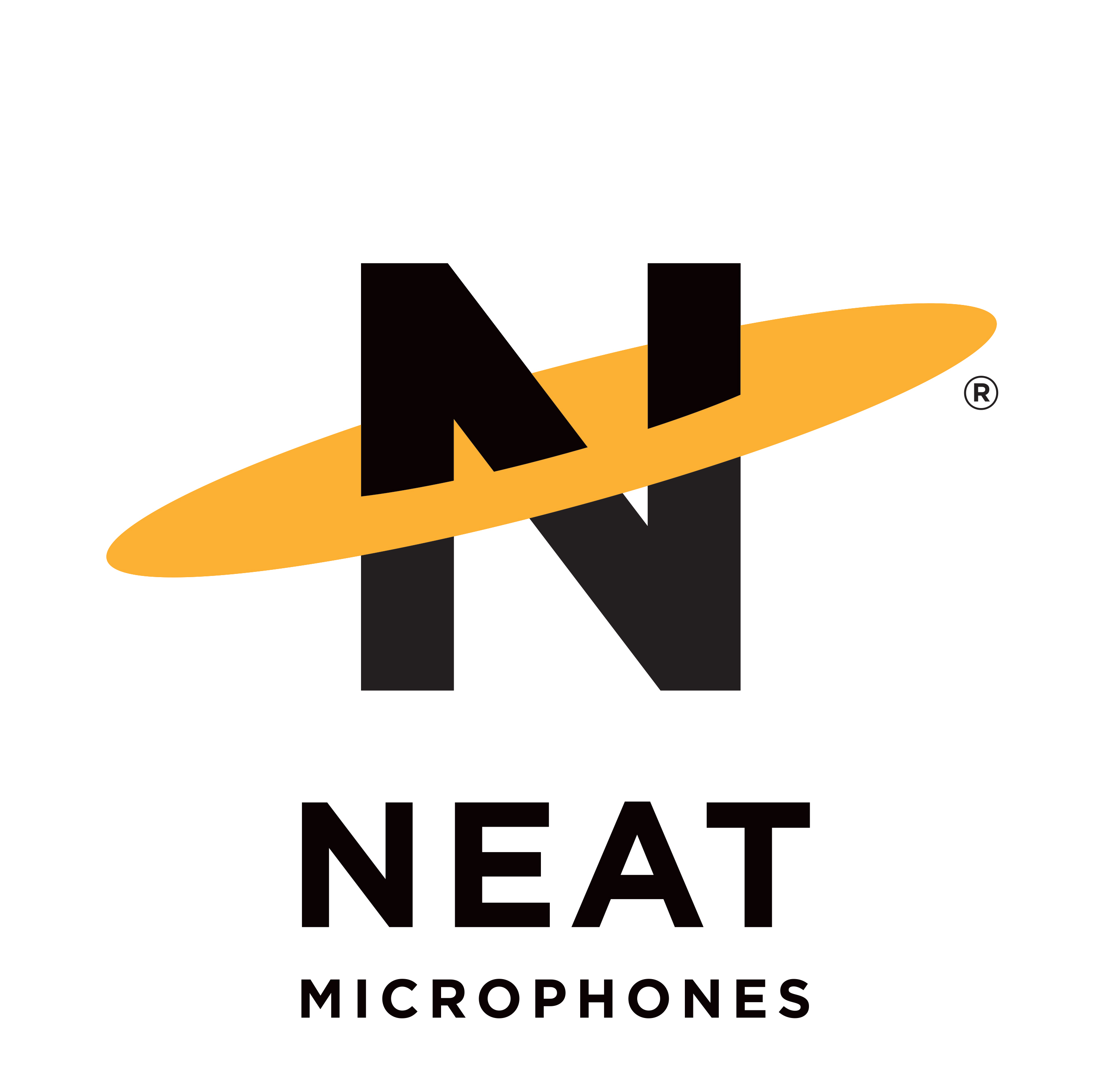 Neat Microphones has been around since 2014, and was actually founded by the former founders of Blue Microphones, an early pioneer in USB microphones. (Interestingly, before I reviewed and loved the ROCCAT Torch microphone, I was using a Blue Orb.) Turtle Beach purchased Neat in early 2021, and this is perhaps their first major product launch under the Neat brand since the acquisition.

Rather than Turtle Beach's more typical gaming-targeted products, the Neat Skyline is targeted for those who work from home, take classes, stream, create podcasts, and other common uses. As such, instead of the more common RGB color approach with many gaming products, the Skyline has a clean, understated design that only glows around the Mute button. And you know what? While the white one especially makes its presence known around a desk, it's also a clean look that won't get you dirty looks from your colleagues if it's caught in frame during a meeting.

And thankfully, and perhaps most importantly, they'll be able to hear you clearly the entire call. I've been using it for a couple of weeks on work calls, and even game streams, and it's performed perfectly without fail. I used it on Windows, Mac, and Linux, and it works as well in all of them. It has a very natural sound to it, and despite being very sensitive, does exhibit cardioid pattern behavior - that is to say, things directly in front of it (and behind) are picked up well, while sounds to the side are quieter. This is by design, and a good thing.

After all of this, I compared it directly with my ROCCAT Torch, which I reviewed fairly recently here. Keep in mind that Turtle Beach owns both Neat and ROCCAT, so this is a bit of an in-house comparison. I used Audacity and recorded both microphones, comparing the results and noting some of the quirks of each.

Weak Points: Doesn't work well too close to your face

The first thing that I discovered is that the Skyline is quite sensitive - this is not the kind of mic that you lean close to, as it will overwhelm the input. I found that it was distorted to the point of unintelligible if I put my mouth right next to the microphone. Only a dramatic reduction of the device's recording volume - to as low as 20% - could prevent that. Instead of trying to get the mic as close to your mouth as you can, like with many microphones, just put it on your desk or table, and sit back and relax - it'll pick you up just fine. This is in contrast to the Torch, which handles bringing the mic to your mouth, but conversely, doesn't record quite as loudly (outside of whisper mode, which is a bit different).

Comparing the two more closely, I found that the Torch sounded a bit better also (though it does cost more) but overall, especially at the lower price and ease of use, the Skyline is certainly a wonderful value. As long as you don't sit too close to it, I am certain that you'll be really happy with the Neat Skyline's performance. It picks up my voice clearly enough for most uses, and is super easy to use. I also like the rubber mute button far more than I expected. It allows you to do a quick cough dump without anyone noticing - unlike some mics, pressing this button won't introduce a thud or click in the recording/stream/call. So press it as much as you need to - it's great! 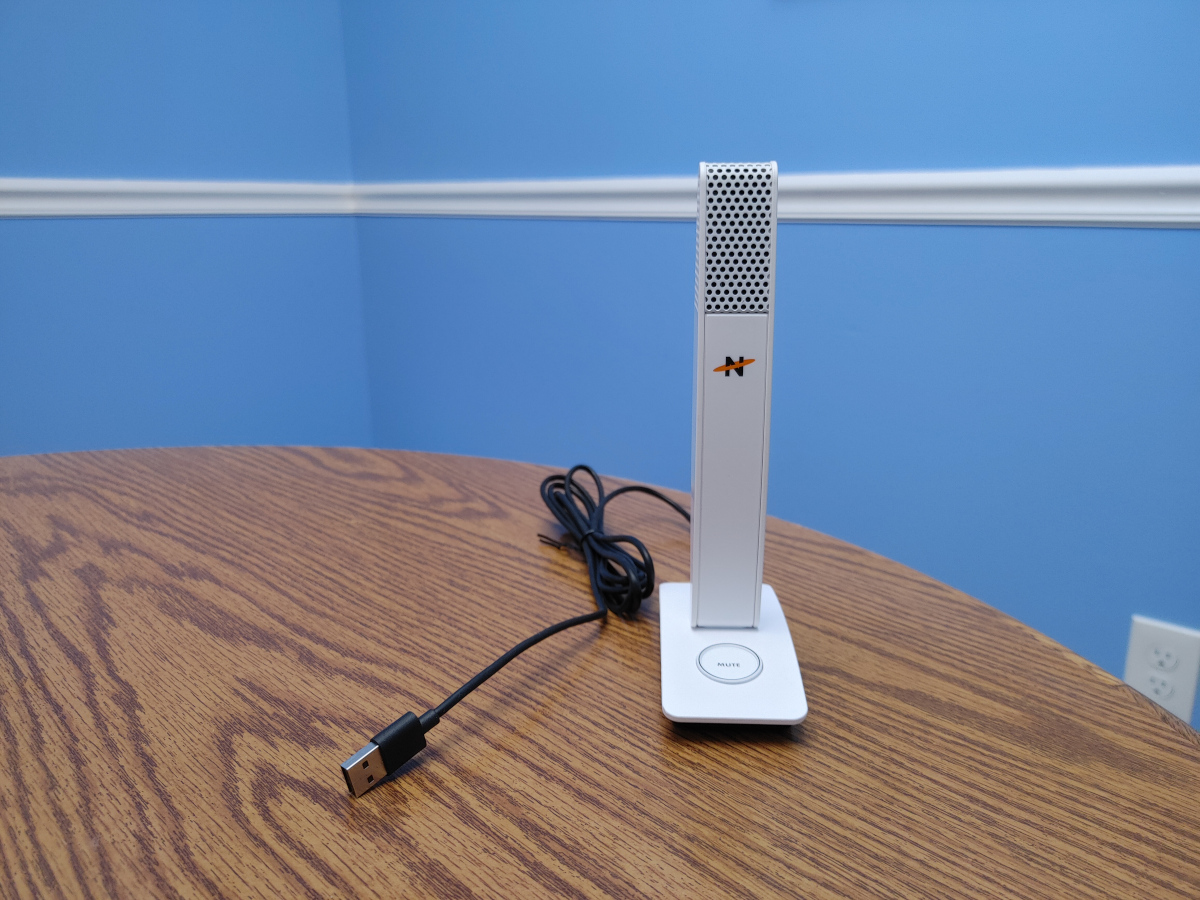 Another thing I really love about the Skyline is the build quality. It just feels nice to the touch all around, with a great combination of metal and plastic. It doesn't feel cheap on your desk at all, and looks like it could take some abuse - though I don't recommend testing that out!

Overall, I am very pleased with the Neat Skyline Conferencing USB Microphone. In many ways, it's just a simple mic. And yet, it gets the details right. Good sound? Yup. Great sensitivity for use in a room? Yes, provided no one sits to its side. Reasonably low noise floor? Yup. And best of all, it is built nicely enough not to embarrass you for getting this reasonably priced mic, rather than some super expensive piece of office equipment. And you can dump those embarrassing coughs or dog barks without anyone even noticing. While I'll probably stick with my ROCCAT Torch for future recordings and streams, if I'm in a meeting, I may just grab the Skyline - it works great for this purpose, sounds more than good enough, and performs flawlessly for hours on end. Highly recommended!