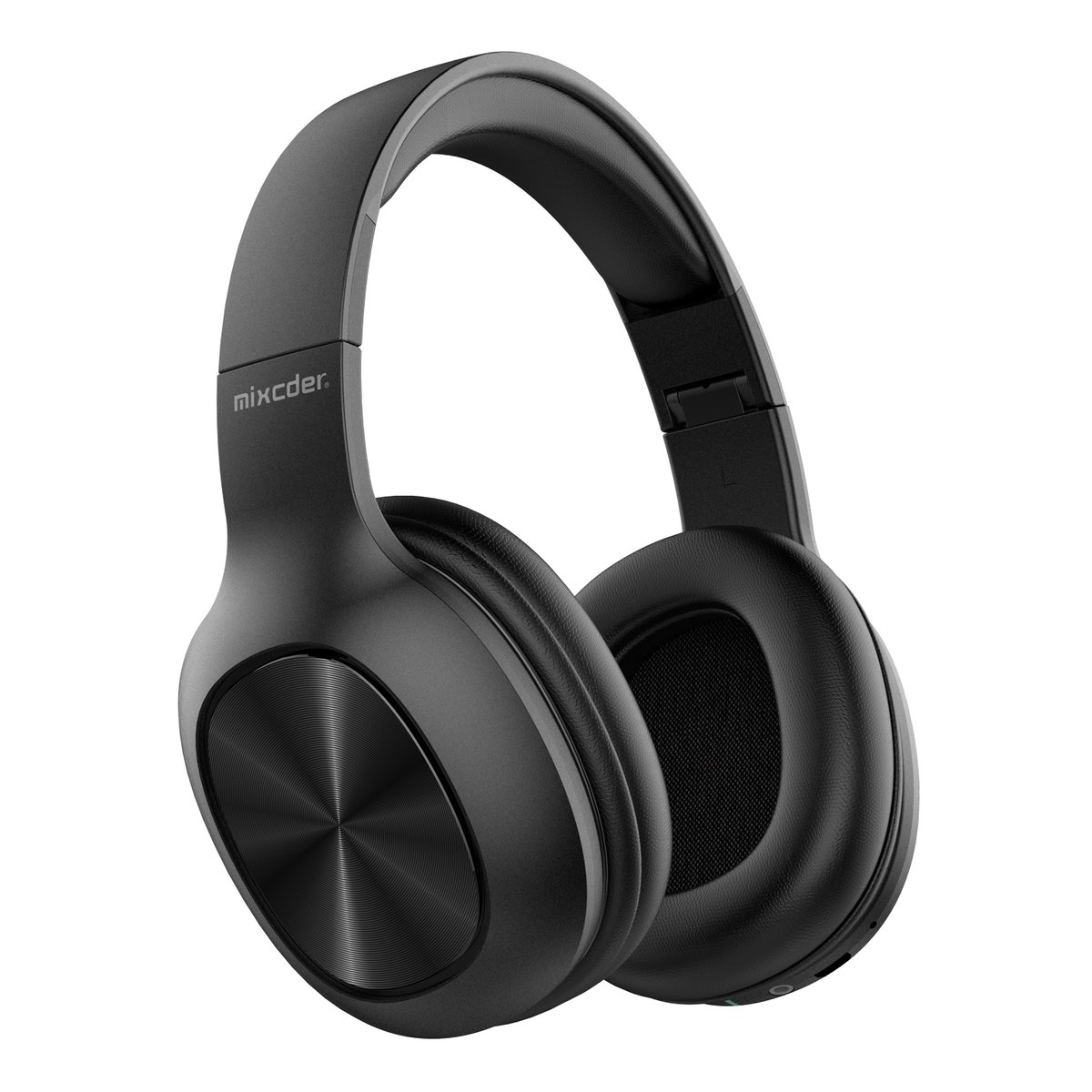 Included in the package:

3.5mm cable, length: ~4ft
USB Micro charge cable (short; I left it wrapped up, as I have plenty)
Instruction manual and warranty card

Thank you Mixcder for sending us this Bluetooth headphone to review!

$20. The price of a good meal; far less than a tank of gas; less than most retail video games. For $20, you can also get a Mixcder HD901, a decent pair of Bluetooth headphones. Sure, the sound could be better, and common to most modern low-cost headphones, the bass is a bit overwhelming, and it lacks high-end detail. But the features included, and what sound you do get, is without a doubt, quite a bargain. Nevertheless, they do have significant flaws.

As you can see in my unboxing and first impressions video, one of my initial thoughts was that the sound was 'plastic-sounding' and 'echoey' - where it sounds like the sound is bouncing off of something else before it reaches your ears, which is exactly what I believe is happening. All speaker drivers move in both directions when they vibrate, both forward and back, and as a result send sound waves in both directions. Some speakers/headphones use that back wave to reinforce or otherwise shape the front wave, while others throw it away. (Open-back headphones throw it away, while closed have to do something with it.)

Another side-effect of the process of making sound is that surfaces other than the drivers themselves can inadvertently vibrate, contributing to what you hear - and that is rarely a good thing. I believe that this is happening here, also. When I described the sound as 'plastic-sounding', that's what I think it was - plastic vibration has a certain timbre to it, that I've learned to recognize over the years. While plastic can be a perfectly good speaker enclosure, this is one reason why most tend to use wood or MDF (medium density fiberboard), as those are much more musically inert materials.

While you can use heavy, dense materials on large speakers, it is neither practical nor cost-effective to do so on headphones. Being light and comfortable, not to mention inexpensive to manufacture, is much more important when you wear them on your head, rather than place them in a room. Did I mention that these are $20?

Thankfully, there are other ways to deal with unwanted reflections and vibrations. One way is by adding mass, but again, we want to keep these things light. Another quite successful approach is to disperse or disrupt the sound waves as they travel to their destination. It also helps that it can be done with very inexpensive materials. So, that’s what I decided to do: by adding some cotton (or fiberglass) to the inside of the headphone cups, the fibrous material absorbs some of the sound waves, while others are redirected in a different direction. In both cases, by drastically reducing direct reflections, the sound is cleaned up significantly.

First, I found that the earphone pads are attached to their own plate, making removal trivial – just put a small flathead screwdriver in the gap behind the pads, and twist. Once you remove that, you can see that they are held in by pressure, and can easily be removed and replaced dozens of times with no damage. 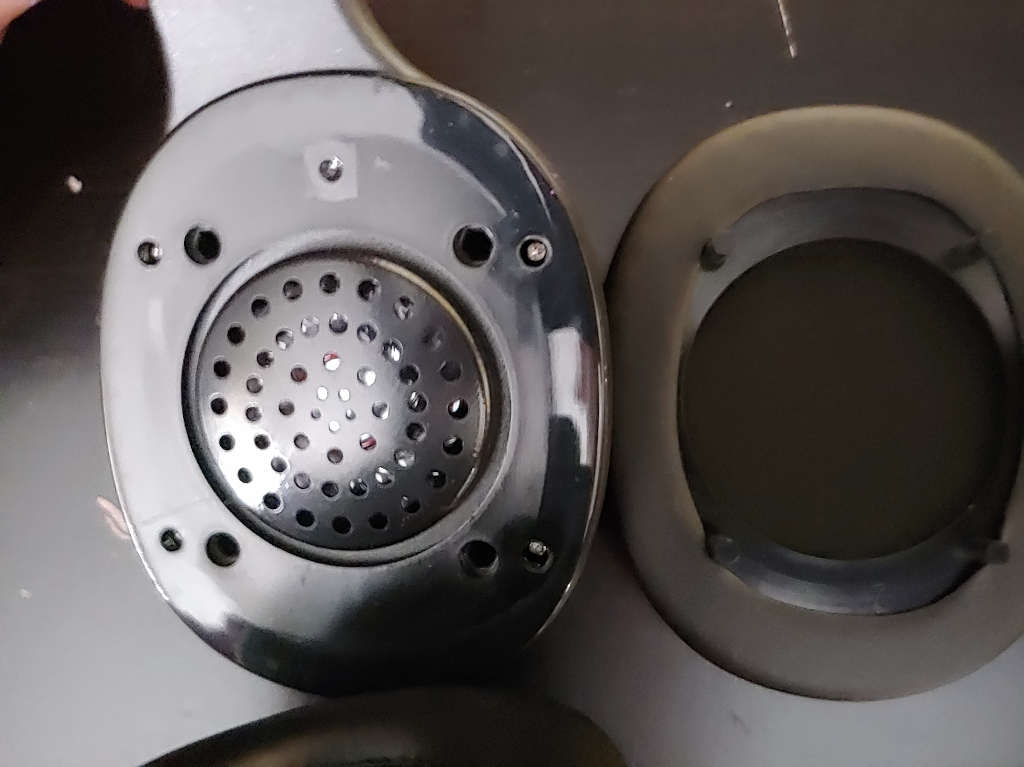 Below that are four screws for each side.  If you remove these, you can take off what I call a tuning plate.  If you put the headphones back together now without this plate, they will sound significantly different – much less bass, and more mids.  That alone may be what some prefer, but I decided to keep going. 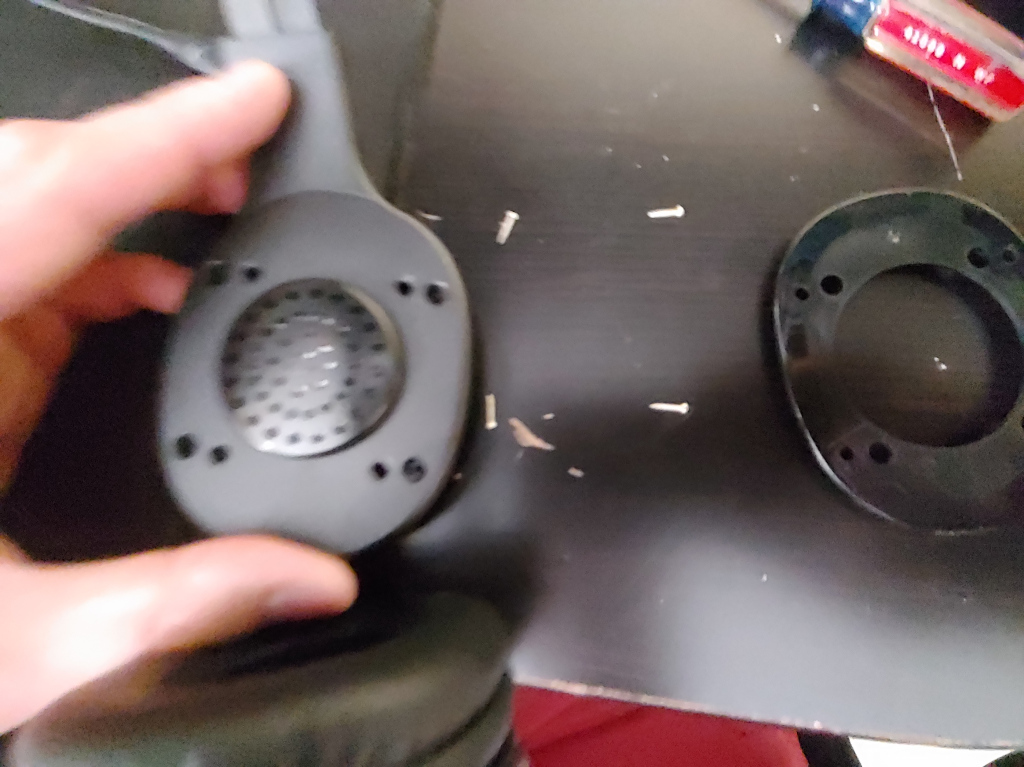 Next you pry open the headphone cup itself, along the seal line. Now, unlike some, you cannot open them up completely because of the top part, which attaches to the headband. If you try, you may find yourself with a challenge when putting them back together, so I recommend you leave them alone at this point. It is here we prepare the material and insert it. 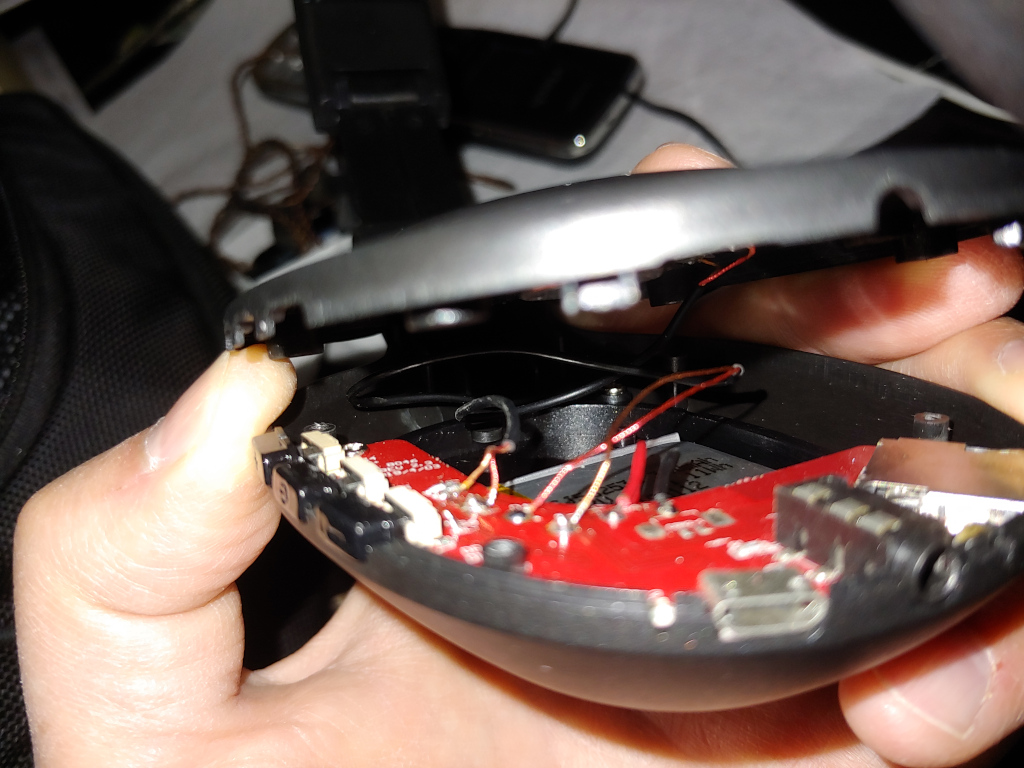 Strong Points: Sound quality is fair; price/performance is great; simple to mod for improved sound; reasonably comfortable; headband is quite adjustable; headphones stay in place on your head; tons of features, with responsive buttons; good battery life; Bluetooth works great with my phone; TF card support works well
Weak Points: Sounds a bit bass-heavy, and seems to have a plastic-sounding echo; earpads are decent, but could be softer, as it becomes uncomfortable after a while; Bluetooth was unreliable with my desktop computer (though great on my phone); no microphone access via analog cable; built-in microphone sounds muffled; strangely, I found that I couldn't reliably hear the other party on a phone call I made, as it would cut off the beginning of their words

While I have access to both cotton balls and fiberglass, and both work well, I decided to stick to cotton, since it’s very inexpensive and readily available to most people. I doubt many people who read this review will have easy access to unused fiberglass insulation like I do. If you use cotton, I would suggest one cotton ball for the left side, and one and one half cotton balls for the right. (The electronics inside the left side take up quite a bit of space.) Before you just shove them into the earcup, you want to stretch out and loosen the fibers first. You want the ball unraveled and flat. If you tear it, that’s fine – you just want to avoid bunches. The idea is to disperse the sound waves, not give them another solid to bounce off of. Then, place them in the cup near the center, along the back of the earcup. You want it to loosely fill in the entire chamber. Overstuffing it can sound really bad, so avoid that at all costs.

Once I put these back together, (I chose to leave the tuning plate in place, though I might try removing that at some point) the difference was noticeable. While it unfortunately was not able to turn these into detail-retrieval monsters, the ‘plasticy’ and ‘echoey’ sounds I was hearing are almost completely gone. It is much more well behaved, and it’s much easier to be able to understand words in songs and pick apart guitar strums. Any acoustic music really benefits from this change. As a matter of fact, I was using Yes' "Mood for a Day" as my test track while making these changes. If you have any skill in taking things apart, I would strongly recommend this simple mod if you get these Mixcder HD901 headphones.

In day-to-day use, I found them fairly light and somewhat comfortable. I have a large noggin, so what those with a smaller head may find comfortable either doesn’t fit me at all, or is really tight. These have excellent range of adjustment, so they fit all of us well. They do start to press on my earlobes after a while, so they can't stay on forever. The pads are not as soft as I’d like, but they are totally in line with what I would expect given their price point.

The Bluetooth functionality works well for listening to music from what I have seen. I listened to quite a bit of music from my phone, and a bit from my computer, and all worked well. The microphone is reportedly muffled, and for some reason, on the phone call I tested it out with, I had a hard time hearing the other side of the call. It’s almost like it would constantly go into and out of power saving mode, as the beginning of words were often cut off or lost. As a pure music listening device, it works quite well, but for other uses, it has lots of room for improvement. On the plus side, the buttons have a nice 'click' to them and are quick and responsive.

The Mixcder HD901 are a great bargain for someone primarily looking for some on-ear headphones for some casual music listening. They respond well to some small mods, and I was able to get better sounding music from them as a result. The 3.5mm audio jack is pretty sensitive, so they work well as headphones from the eternally underpowered Nintendo 3DS. They isolate noise pretty well, and stay on your head, so if you wanted to jog with these on I think they'd work great. And that's probably the best thing about these headphones - they are cheap, so if you break them jogging, it's no big deal. But they are well built enough, and light enough, that they should be able to take a few licks and keep on going.

If you are looking for a pair of 'beater' headphones, especially if cords could be a problem (or one wasted money on a phone that doesn't support them), then this is a perfect choice. It could also be a great choice for a child, since they seem like they can take a beating. I would recommend something else for critical listening; the E9 in Mixcder's family is a perfectly reasonable choice, if you are looking for both portability and sound quality. If it were for me, or any adult with more discerning tastes, and the extra cost doesn't break the bank, I would suggest the E9 over this model.