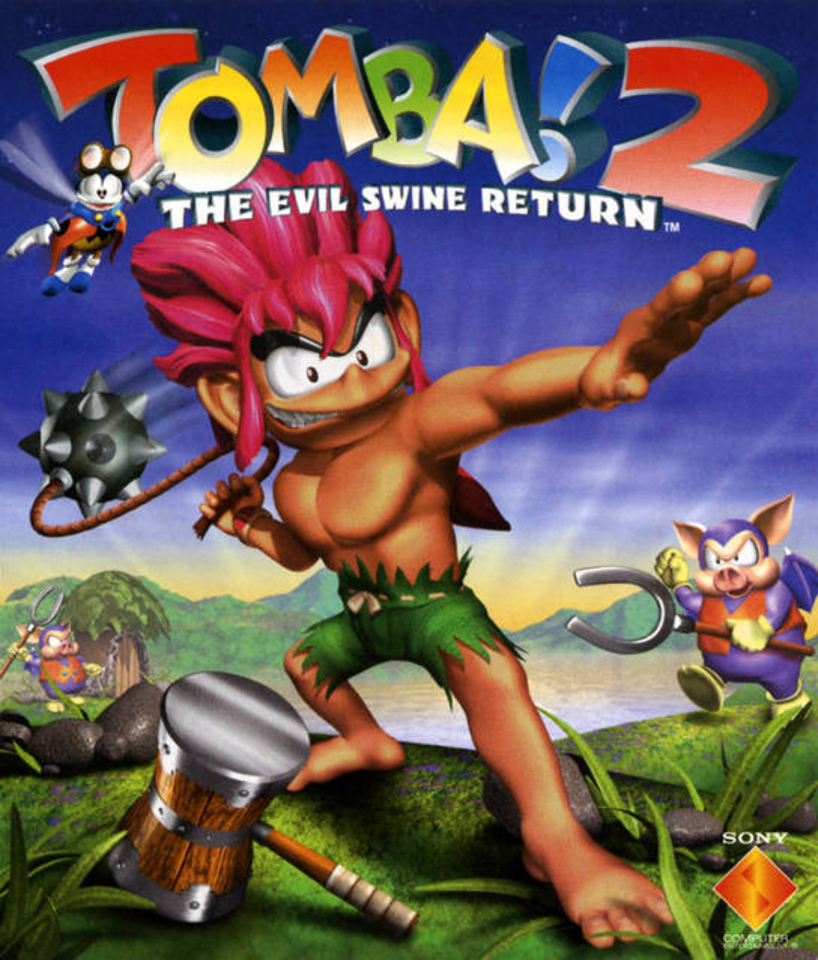 Thank you Monkey Paw games for sending us this game to review!

We recently reviewed Monkey Paw’s Double Dragon that was brought over from Japan to the US Playstation Network.  While Double Dragon was playable, the game’s icon and manual was in Japanese.  Tomba! 2 is $6 on PSN and in the game’s description, there is a sentence saying that it’s the Japanese version.   This port has less than a two star rating on PSN because people didn’t realize that this game is practically unplayable since it is entirely in Japanese.  The menus, dialogue boxes, and story are almost unusable unless you memorize what they say or can read Japanese fluently.  The only part that is not in Japanese is the game over screen, but shortly after the game over screen is the option to save and/or load a save which again is in Japanese!

While I applaud Monkey Paw for making a very helpful walkthrough, it’s a shame that it’s the ONLY way you can possibly play this game.  Even with the walkthrough you miss out on all of the conversations and the ability to complete the puzzles on your own since you may not understand what the signs and dialogue boxes are saying. 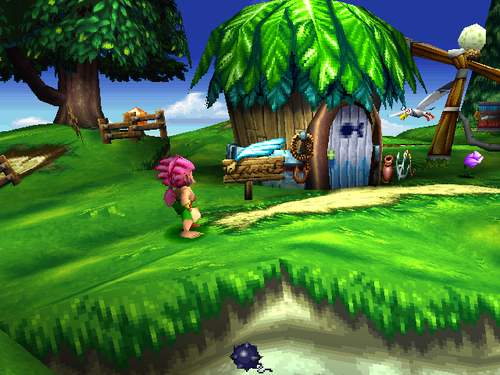 The story is simple: Tomba gets a letter in the mail, and finds out that his friend Tabby has disappeared. Was she kidnapped?  Is she safe?  Tomba jumps into the sea to find her and the adventure begins.  Tomba! 2: The Evil Swine Return is a 2D platformer style game with RPG elements.  Tomba can run, jump, glide, swing, and climb over obstacles and yet he also has to collect and carry various items to progress the story line.  In the beginning of the game, there is a house on fire and Tomba has to find a bucket and collect water to put out the fire.

There are various enemies that get in his way and Tomba can knock them out with his ball and chain, boomerang or hammer and finish them off by stomping on them.  Tomba can take a few hits, but once his hit points are gone, the game is over.  He starts off with four hit points, but if you complete some side quests you can more than triple them.   There are lots of quests to complete and some of them require puzzle solving skills to do so.

There are several areas in this game and each location has a sign which you can read and save your progress at.  I highly recommend saving your progress early and often.  I like how you can save your progress after you die, but it may not bring you back to the last spot you saved at.  For example in the Deep forest, I was always brought back to the beginning of the forest after being revived.

Tomba can change into various outfits to stay warm in the cold temperatures, run at turbo speed, or glide through the air.  I found the flying squirrel outfit to be the most helpful.  Some of the enemies can not only injure Tomba, but they can make him invisible and not able to collect items or fruit to replenish his lost health.  Fortunately, most enemies can be taken out in a few hits or less. 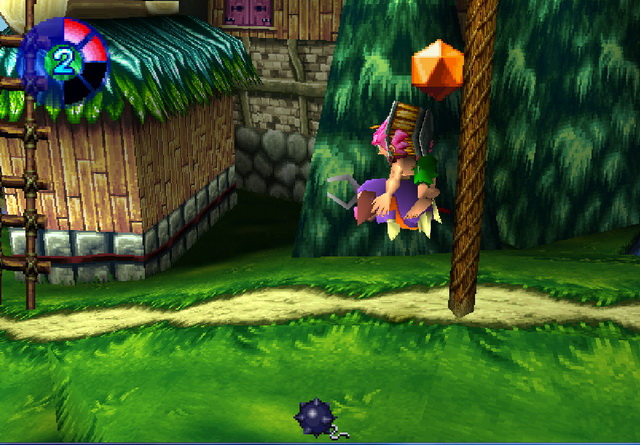 The maps are colorful and the characters and their animations are cute.  The interface and controls are different compared to other platformers I have played.  Movement is a bit restricted since I have to choose which direction to go when landing on certain objects.  There is some pixel hunting involved when trying to trigger the directional arrows or the prompts to read signs and talk to NPC’s.

The voice acting is done in Japanese so I couldn’t really make heads or tails of it.  The kicker is that there is an English version of the game available, but apparently it is harder to emulate so that’s why we got the Japanese version.  The background music is great though.

Overall Tomba! 2: The Evil Swine Return is a fun platformer that is suitable for Japanese speakers of all ages.  While the $6 PSN price tag is much cheaper than the $55-$200 PlayStation versions on Amazon, bear in mind that the walkthrough will be required to play this game.  Tomba! 2 is better enjoyed when played in your native language.