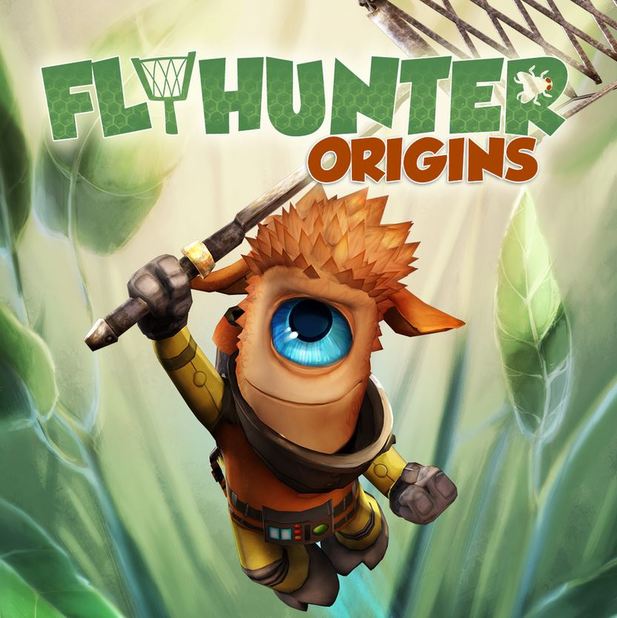 Thank you Ripstone for sending us this game to review!

Flyhunter Origins is the first game and 2D platformer released by the new development studio, Steel Wool Games.  Many of the artists behind this game are former Pixar employees.   Not surprisingly, Flyhunter Origins is a family friendly game that has mild bug squashing violence.  If Zak doesn't strike first, he'll become their dinner.

Zak is your average alien janitor on a ship transporting valuable insects to wealthy investors.  While practicing his fighting moves on a punching bag, he accidentally jettisons the ship's crew and cargo into space.  It's now up to Zak to rescue the crew and retrieve the misplaced insects before the investors realize that they are all missing.

The biggest challenge for Zak (other than finding everything) is his size.  He's not much bigger than the insects that have been lost.  Almost every life form is a threat to him.  Zak isn't helpless though - he has a trusty flyswatter and later adds a stun gun to his arsenal.  Some bugs take multiple strikes to go down, while others are best stunned or avoided altogether.

When a bug is sent to meet their maker, they leave behind some green orbs that provide energy.  At the end of a level, your score will be based on how much energy and bug eggs have been collected.  Bug eggs are used as currency to buy weapon upgrades.  Many levels have secret crates that have new suits for Zak to wear.

There are a five episodes split into twenty one levels. Most of the levels are platformer style where you have to jump and find your way to the final check point all the while avoiding being eaten by spiders and frogs.  If you die, you'll spawn by the last check point.  Most of the levels are outdoors, but there are some that take place in an enemy ship.  At the end of a scenario, Zak has to fly using his rocket pack to catch up to and swat down an exotic insect.  In all honesty, I enjoyed those levels more than the platformer ones. 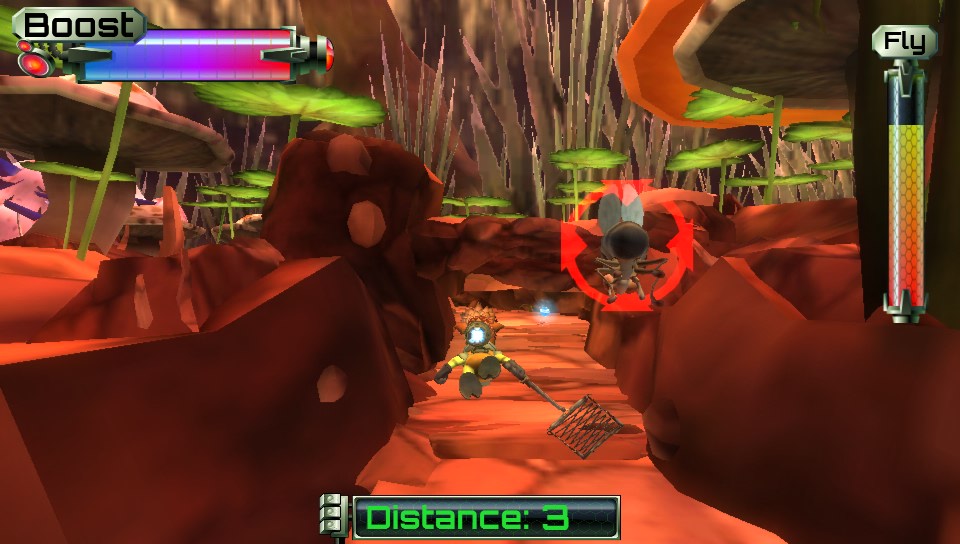 I don't mind the occasional jumping puzzle, but this game leans too heavily on them in my opinion.  Some of them are tough for adults to complete let alone the younger children that this game is targeted towards.  The characters are cute, but the graphics are a bit disappointing, especially on the Vita.  The frame rate was really low and noticeably choppy at times.  The quality wasn't what I expected either.   There wasn't much detail in comparison to the press release pictures. To top it all off, some of the 3D graphics went through each other.  This isn't the quality I would expect from former Pixar artists.

On the flipside, the voice acting is funny  and well done.  It certainly adds depth to the characters.  Zak isn't the only playable character and let's just say when he is reunited with his crew, he has some serious explaining to do.

Flyhunter Origins is cute and safe for the whole family to enjoy.  The question remains though: Will they?   I wasn't blown away by it and found some of the jumping puzzles to be annoying.   I enjoyed the dialogue, but not enough to stick with the game.  If you're still curious about it, I would recommend checking out a mobile version since they're less than half the price of the PC/Vita versions.