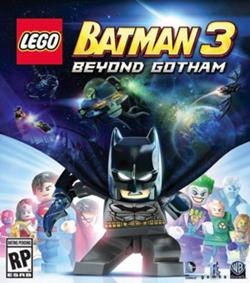 Thank you Warner Brothers for sending us this game to review!

This is my first time playing a Lego game, so I can't say how well Lego Batman 3: Beyond Gotham picks up from its predecessor.  Batman 3 begins with Sinestro, Star Sapphire, Atrocious (Red Lanterns), Saint Walker (Blue Lanterns), and Larfleeze (Orange Lanterns) being summoned into space.  Not knowing why they all got beamed into space, they begin accusing and arguing with each other.  Suddenly, Brainiac appears and explains why he has summoned them and recruits them to assist in capturing planets for his own gain.

Meanwhile in Gotham City Batman and Robin are pursuing Killer Croc in the sewers.  Just when they pin him down, they run into Cheetah, Firefly, Joker and Solomon Grundy.  There's a lot of comic book characters in this game and you can play over one hundred and fifty of them.  Even though this is a Batman game, I got to play as the Joker, Green Lantern, Flash, Alfred, Lex Luthur, Wonder Woman, Martian Manhunter, and Robin.  A majority of the other characters have to be unlocked first. 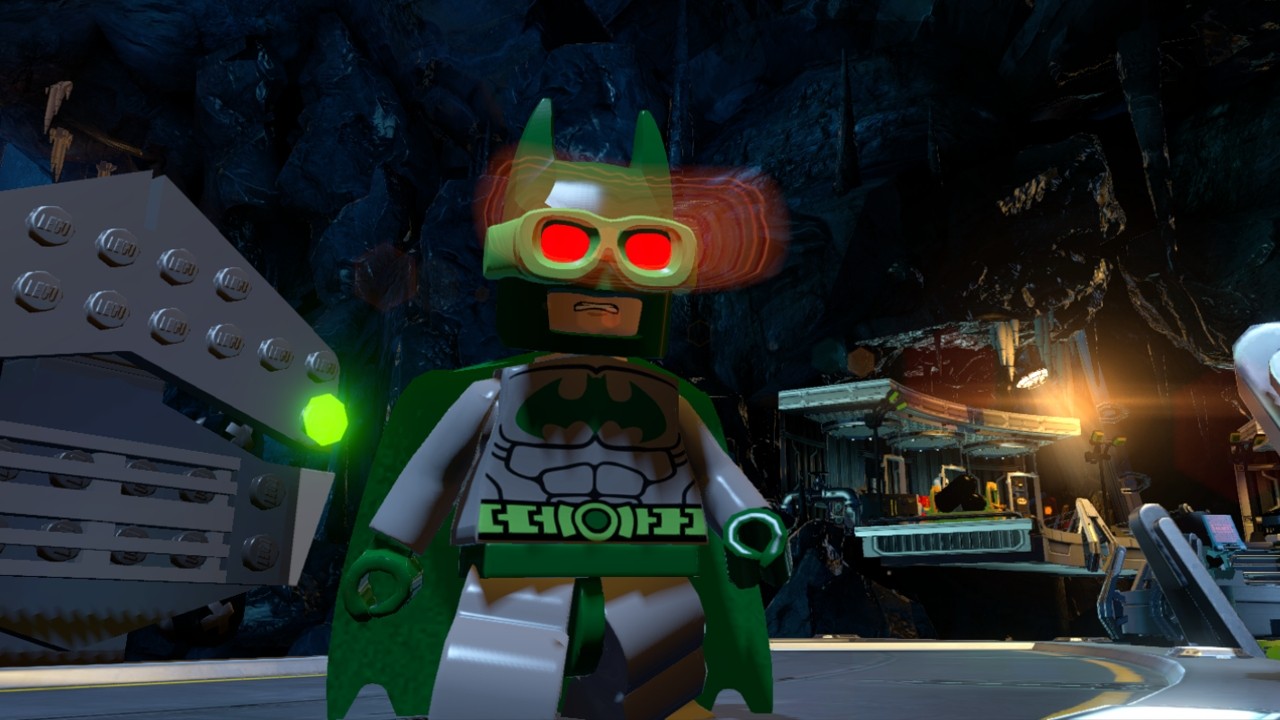 Strong Points: Funny characters and dialogue; lots of unlockables for those who take the time to find every item
Weak Points: A little too easy and repetitive for mature gamers, great for kids though
Moral Warnings:  Cartoon violence

Every level has several objectives that have to be met in order to unlock a new character or an ability.  Beating a level is a given, but there are Lego stud challenges to find a set number of circular Lego pieces.  While those studs are common, finding the yellow and red bricks are harder to do.  Another challenge is to find and destroy all of the Joker, Batman, and Lex Luther structures scattered in each of the levels.  There is also a Joker card that is hidden in each level as well. Those are pretty well hidden and I have only managed to find a couple of them on my journey.  The last objective is to do combos or finishing moves when attacking enemies.

Each level has a minimum of two characters you can play as.  Switching between the two is a button press away.  The secondary character will be controlled by the system and the AI is decent.   Any Lego studs in their path will be picked up, but they will not go out of their way for them.  Also, they will defend themselves and follow you as long as there is a clear path. 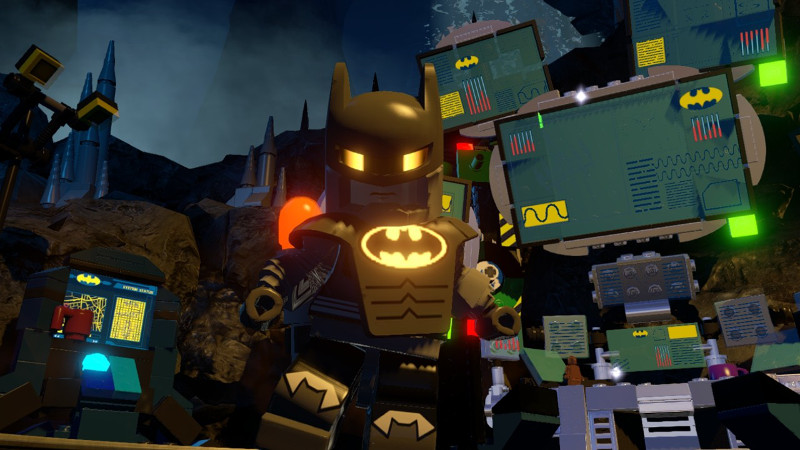 The enemy goons can be taken out by mere button mashing, but the bosses take a little bit more skill.  They often have invulnerable moments that have to be addressed before attacking them.  Since this is a Lego game, you often have to build devices to weaken them.   It should also be noted that many items in the levels are destructible and you have to destroy everything in sight to meet the Lego stud requirement.   Most of the levels are in a 3D third person perspective; to mix things up a bit there are some  Spaceship, Spaceship, SPACESHIP! levels too.

The graphics are crisp and the animations are well done.  The cut scenes look good on the Vita and greatly add to the story and character development.  Unfortunately, they did stutter occasionally. The voice acting is superb and brings the Lego figures to life.

Any kid who likes DC comic book heroes is bound to like Lego Batman 3: Beyond Gotham.  Just like the comics, there is some violence but there is no blood or gore.  Since the enemies are made of Legos, they break apart and fade away.  Mature gamers may not enjoy the repetitiveness and simple gameplay mechanics though.  Beating the game is practically a given, but clearing all of the level objectives will be challenging for gamers of all ages.  I enjoyed my time in this eight hour adventure and my son seems to like it as well.