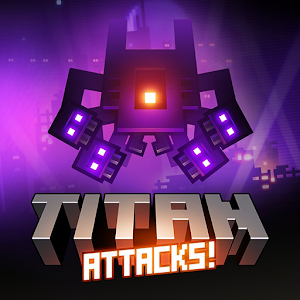 Take note – this game is not to be confused with the similarly-named “Attack on Titan.” That anime series and game tie-in may come up if you attempt to do an Internet search for Titan Attacks, including on this very site. No, this game by Puppy Games is completely different in multiple ways.

Titan Attacks, which is from the same company that made Revenge of the Titans, is a homage to one of the earliest video games ever made, Space Invaders. The premise is largely the same, too. Earth is being invaded by aliens, and you need to pilot a ship back and forth along the bottom of the screen to shoot them down. The invaders proceed back and forth near the top of the screen, and descend a line at a time until they reach the bottom – or you manage to destroy them all. The aliens do fire the occasional shot in your direction, and being hit by one of their bullets, or touching an alien, will cause you to lose one point of your shields. If your ship gets hit when your shields are down, it's game over. There really isn't an “endgame” in this game. Just like Space Invaders, your ship is limited to having one shot on the screen at a time. If you miss your target, you need to wait for your bullet to leave the screen entirely before you can fire again. 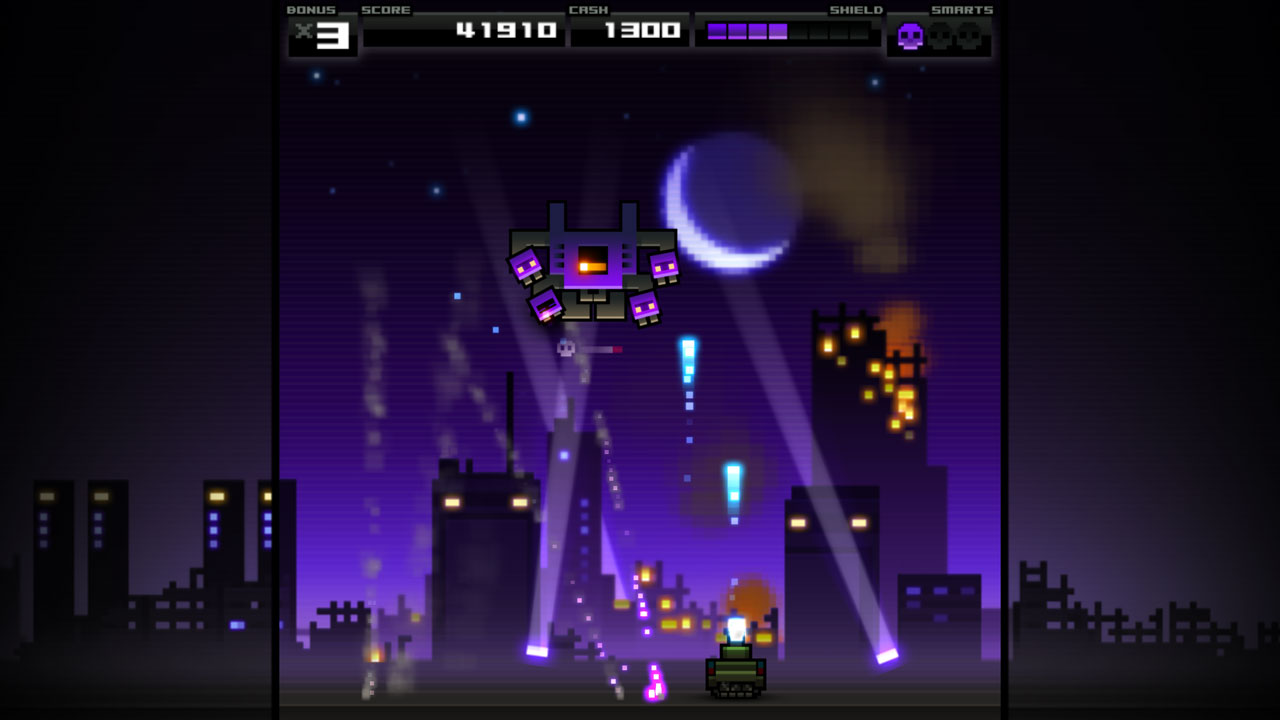 However, Titan Attacks deviates from its origins in a variety of ways to give it a more modern spin. There are a wide variety of aliens that move in different patterns, including a bouncing zigzag across the screen. The player can obtain power-ups that provide bonuses such as more powerful weapons. Between levels, players can use money obtained from shooting down aliens (or capturing little aliens that sometimes fall when you destroy a ship) to obtain special bonuses to the piloted ship, or replenish your shields. There may even be a way to finally win the game, but this reviewer had never gotten to that point.

The graphics are “pixelish.” Even though they are simplistic and blocky, they have rounded corners and other little details to give them a more modern edge. There isn't any voice acting in the game, but there are hardly any words, anyway. The controls are sharp and responsive. When playing on an Android device, the player can choose to play with one hand, sliding their finger and tapping to fire, or two hands on marked controls on the screen. On the computer, the ship can be controlled either with the mouse or keyboard. 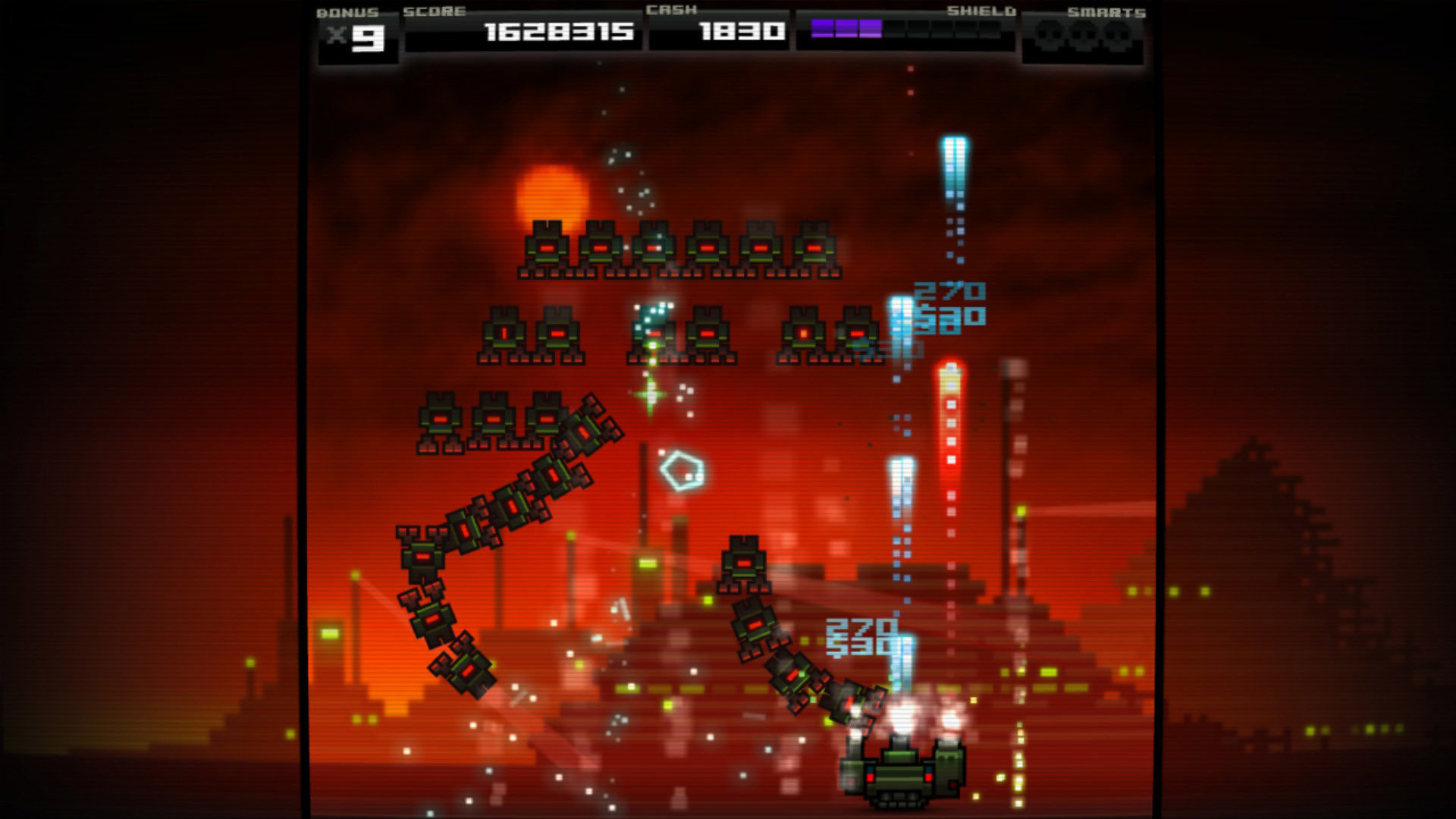 There are not many moral issues to worry about in Titan Attacks. Enemies – or your own ship – explode in a shower of sparks when destroyed. This game is as clean as the original Space Invaders in terms of morality.

For those who enjoy classic video games with a modern twist, Titan Attacks will fit the need perfectly. It's a fun game that can be enjoyed in short bursts. While it doesn't have much of a plot, this simple shooter doesn't really need one to be entertaining. Although the Steam price might be a bit steep for some, those playing on Android devices may find it an extremely attractive addition to their library.