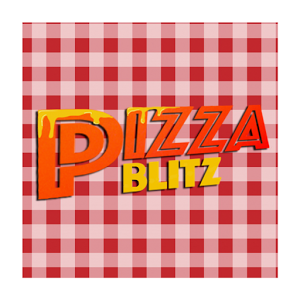 We met Arrow Block Entertainment at Gdex and they were showcasing their first game, Pizza Blitz!. The premise is simple: you have to dodge various obstacles like jets, cars, cows, rocks, and boxes to make it to your pizza delivery’s destination safely. Each level is randomly generated and there are different weather conditions like rain, snow and the darkness of night. Make sure you prioritize purchasing the headlight upgrade for each of your vehicles. Other upgrades include fuel efficiency, better tires, and a more powerful engine.

The first mode of transportation available is a bicycle. After earning enough experience, you can unlock a skateboard, an ATV, a go kart, and several cars and trucks. Flashier muscle cars are unlocked by purchasing golden pizzas with actual money in the game’s store. You can also buy coins which can be used for upgrades. Free coins can be awarded by watching ads. Earning coins and experience by completing levels isn’t too difficult. 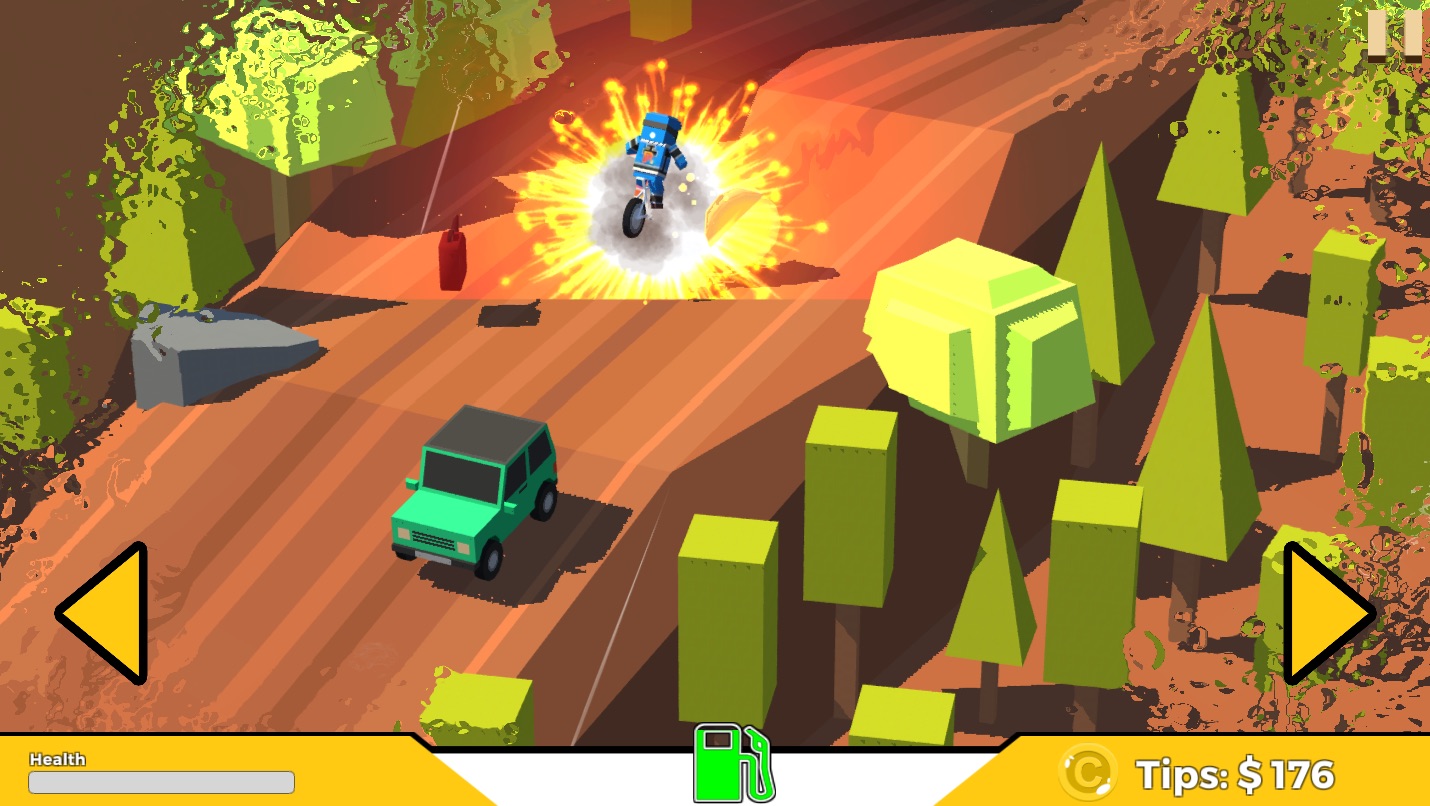 Strong Points: Fun gameplay with some challenging levels
Weak Points: This game is supported by in-app purchases; got stuck multiple times
Moral Warnings: You can crash and fail to deliver the pizza

When beginning a level you’ll have to keep an eye on three meters. The health meter goes down for every collision. After three hits, it’s game over. The gas meter in the middle shows you how full your gas tank is. If you run out gas, you’ll fail the delivery and see the game over screen. The last gauge is how many tips you have collected throughout your delivery. Tips are earned by running into gold coins on the road or in the air. Some conditions like a wet pizza will lower the value of the coins collected.

Even when the road has two visible lanes, there are in reality four lanes to weave in and out of. It can be rather hard to discern which lane to be in to collect coins and gas tanks. With the random level generation you’re at the mercy of the randomizing code to supply you with enough gas tanks along the way. Gas has usually been sufficient but at least one of my runs was ruined by no available gas tanks. I have also had deliveries cut short by getting stuck in jumping ramps and running out of gas. 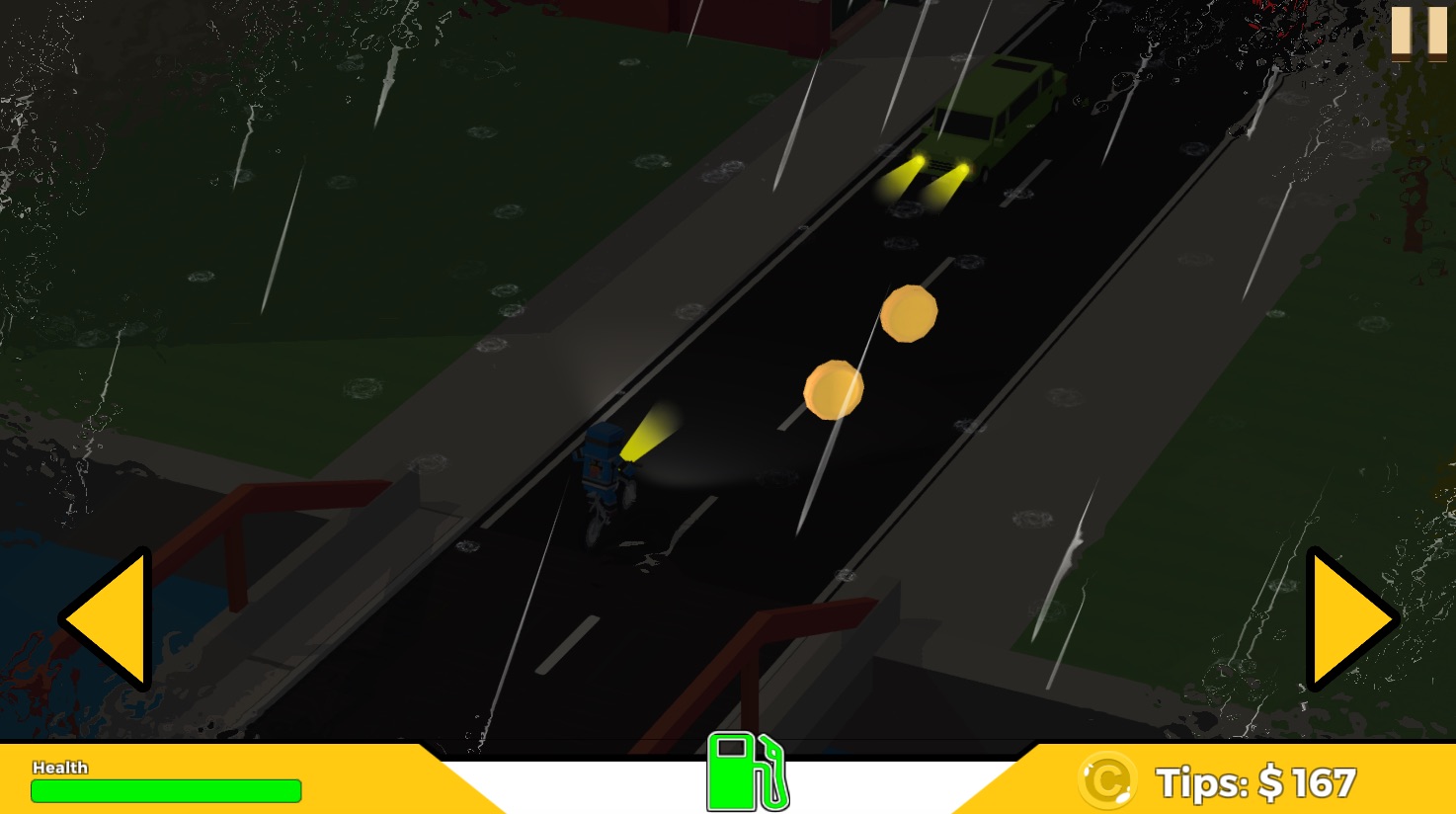 The nighttime levels are a bit cheap with the very limited visibility. Despite having a headlight equipped, it’s hard to see anything but dim headlights of oncoming traffic. I like how you’re notified when the delivery destination is only 25 meters away. What really burns is crashing and failing the level with the finish line in sight.

The daytime levels are very colorful and the graphics aren’t too detailed, but they get the job done. The rain and snow effects are nicely handled by the Unity Engine. The sound effects are decent and the Italian theme music is very fitting.

Pizza Blitz! Is a cute game that’s fun to pick up and play. Other than crashing, there isn’t anything else to worry about morally. Financially, parents may want to lock down their payment settings to prevent their kids from purchasing upgrades without their permission. Thankfully, many upgrades can be earned by simply completing delivery runs.