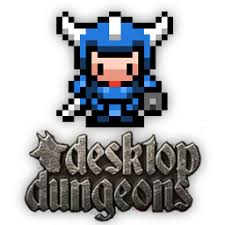 Greetings and welcome to the wonderful lands of (insert kingdom name here)! You have traveled a long way to get here, and now the people look to you to guide them to prosperity!

Wait... you're sitting in front of your computer? Well, that works, too.

Desktop Dungeons offers a fantasy strategy experience in a compact package. You are in charge of a kingdom which you get to name, and in order for it to thrive, you will have to send your flunkies – I mean, brave adventurers, into randomly-generated dungeons. At first, most of the dungeon will be obscured, but your character can move to vacant spaces to uncover what lies around it. You will find spells and treasures, as well as a variety of monsters that want to prevent your hero from bringing said treasures back to your kingdom. Movement is turn-based, but the only thing moving will be your hero – the monsters remain stationary, and only attack if you elect to attack them. Since you will typically only “win” the dungeon by killing the boss, though, you will have to fight. The level of the monster is clearly indicated on the map, and your hero will gain experience with every monster defeated. If wounded – and your hero will get wounded – he or she can recover health by revealing more of the map, but be warned! Any wounded monster also will recover health and magic points. 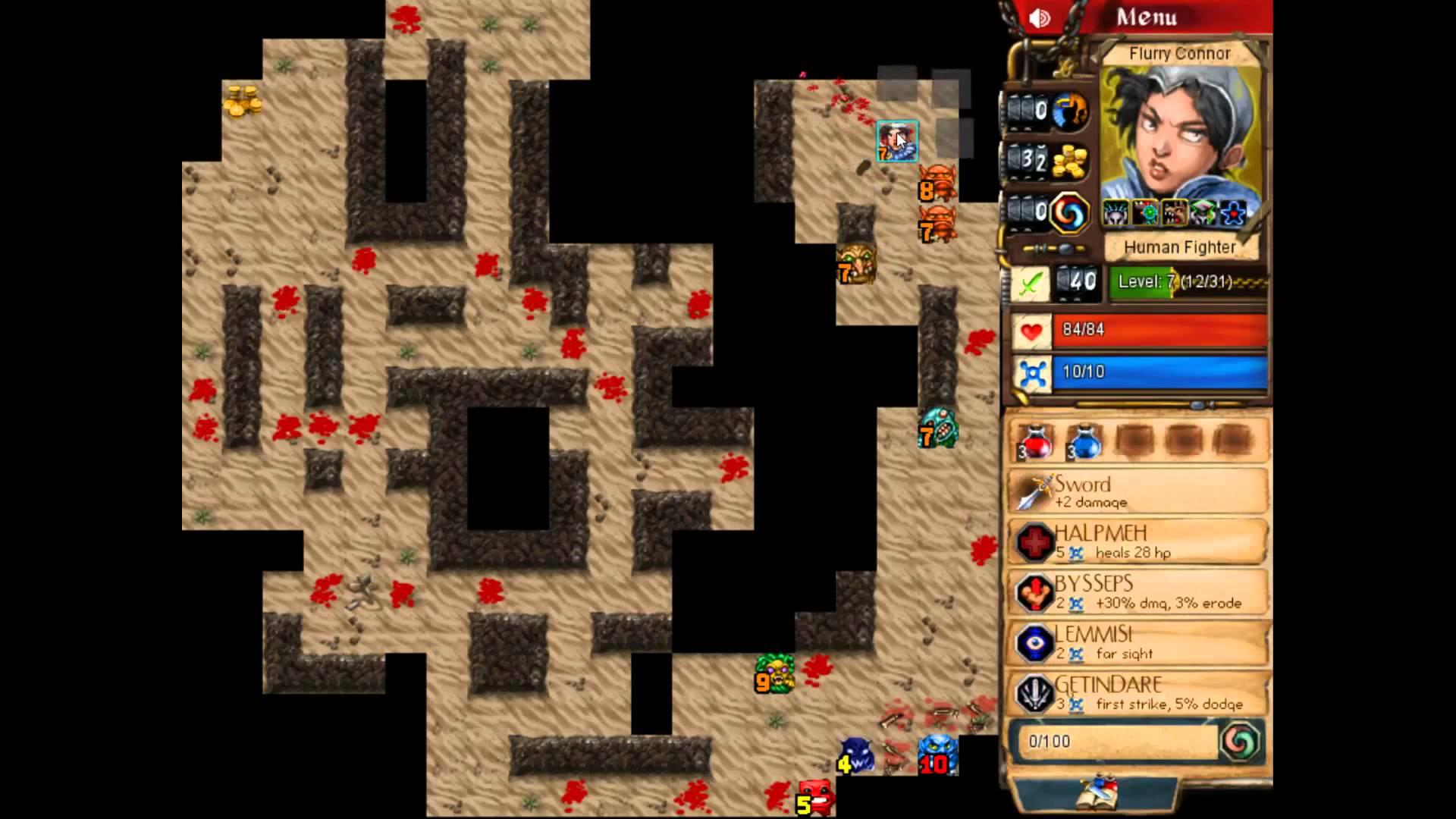 As you complete dungeons, you will discover other fantasy races that want to join your growing civilization, such as halflings and elves. You also will be able to spend money to upgrade buildings or unlock more character classes. Dungeon quests tend to be quick affairs, and can be completed – or lost – in about ten to fifteen minutes. The developers boast that this can be the perfect coffee break game, and with the brevity of the missions, it fits well into the “casual game” niche.

Don't get too attached to your heroes, though. Even if your unfortunate lackey survives the delve into the dangerous depths, a new one will be generated at the start of each dungeon.  You will get the ability to grant him or her some starting money or equipment, but the adventurer will always begin at level one. So although there are elements of a role-playing game within Desktop Dungeons, don't expect to find a grand campaign, or even a solid storyline. The only purpose of invading the dungeons is to develop and expand your kingdom, and that's about as in-depth of a plot as you can expect. 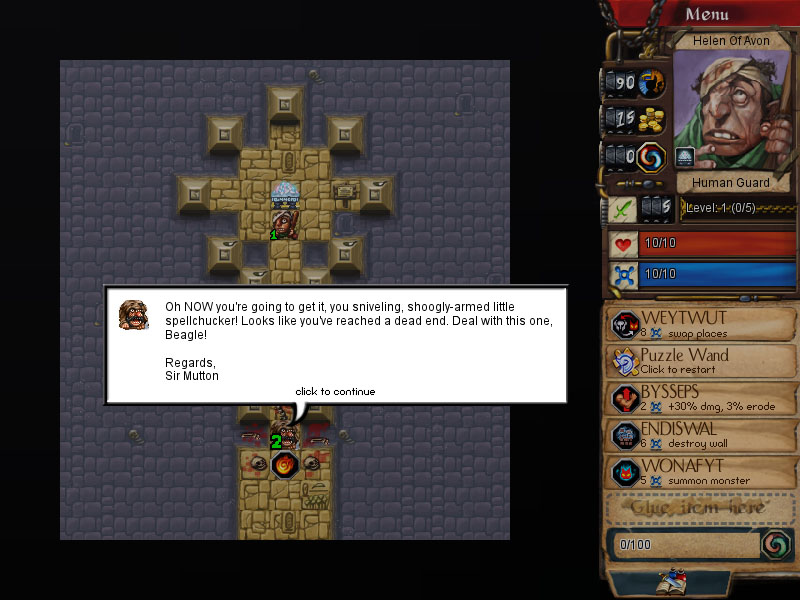 The game offers a hearty dose of humor and takes a tongue-in-cheek approach to its subject matter. Your adventurers sport humorous caricatures in their profiles, and some of the enemies include vampire bankers and familiar-looking cubes of sentient meat. Sound effects are minimal, and music is functional, but not terribly memorable. There is no voice acting to speak of, with one-sided dialogue appearing in the form of speech bubbles.

Most enemies will leave a large pool of blood behind when they die (unless they have the “bloodless” trait), and undead monsters such as zombies are present. The game has clerics, but is intentionally vague as to what deity or deities they worship. You also can play magic users, and will encounter them as frequent enemies. There are a few minor swear words present, and one is insinuated in one of the spells. Apparently, you also are supposed to beware of the goats. However, this is less a moral concern and more of an advisory from the Travel Bureau of (insert kingdom name here).

Altogether, Desktop Dungeons can be an amusing time waster in small doses. For those who enjoy fantasy strategy games, they can find this game worth the money. But for those who are looking for a meatier role-playing experience, they will probably find what they want in another kingdom.