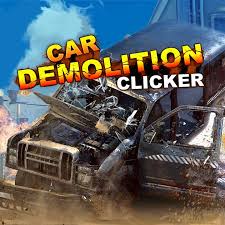 Thank you Console Labs for sending us a review code!

Clicker games are a genre focusing on clicking a certain item repeatedly for points or virtual money. In Car Demolition Clicker, your objective is to simply destroy whatever car or truck randomly appears on the screen by clicking on it until its health bar is depleted. After several vehicles are destroyed a boss vehicle will appear and likely wipe you and your drone out with its unstoppable EMP blasts. With enough upgrades you can eventually take it down though so don’t give up!

If you’re new to clicker games I highly recommend going through the tutorial which will teach you the basics of how to play and upgrade your arsenal. At first, you’ll only have your fists, but before long various guns will become available for purchase. Later in the game, you can join a faction and earn some points for them in return for stat boosts.

Strong Points: Great stress relief if you want to destroy cars for no apparent reason
Weak Points: No story or plot, you just smash apart cars; the bosses are sponges with no way to disarm them
Moral Warnings: Boss vehicles fight back and can drain your health points until you’re dead

In-game money is earned by hitting cars and completing various timed quests. While you’re hacking away at defenseless vehicles random quests will appear and if you complete them in time, you’ll earn a decent amount of cash. Some of the quests involve hitting the car or tires specifically a certain number of times. Another quest type is to NOT hit the car for a certain amount of time. Attacks from drones don’t count since you have no control of them once they are deployed.

You can purchase up to three drones and the more you upgrade them, the more damage they can do. Each upgrade will cost a little more than the previous one. You can also deploy one totem which automatically generates money and can boost your overall damage output. All of your weapons, drones, and upgrades stay with you for future levels.

There are only a handful of levels available, but to add some variety they take place at different times during the day/night. There’s not a lot of variety in the vehicle types to destroy but they put different paint jobs and accessories on them to make them appear unique.

The physics are a mixed bag as the cars don’t show the damage received in an accurate way. For example, it takes several gunshots to the tires before they deflate. The windshields can also withstand multiple gunshots before disappearing. I was surprised to see that dents and dings don’t appear and damaged parts tend to just fall off. 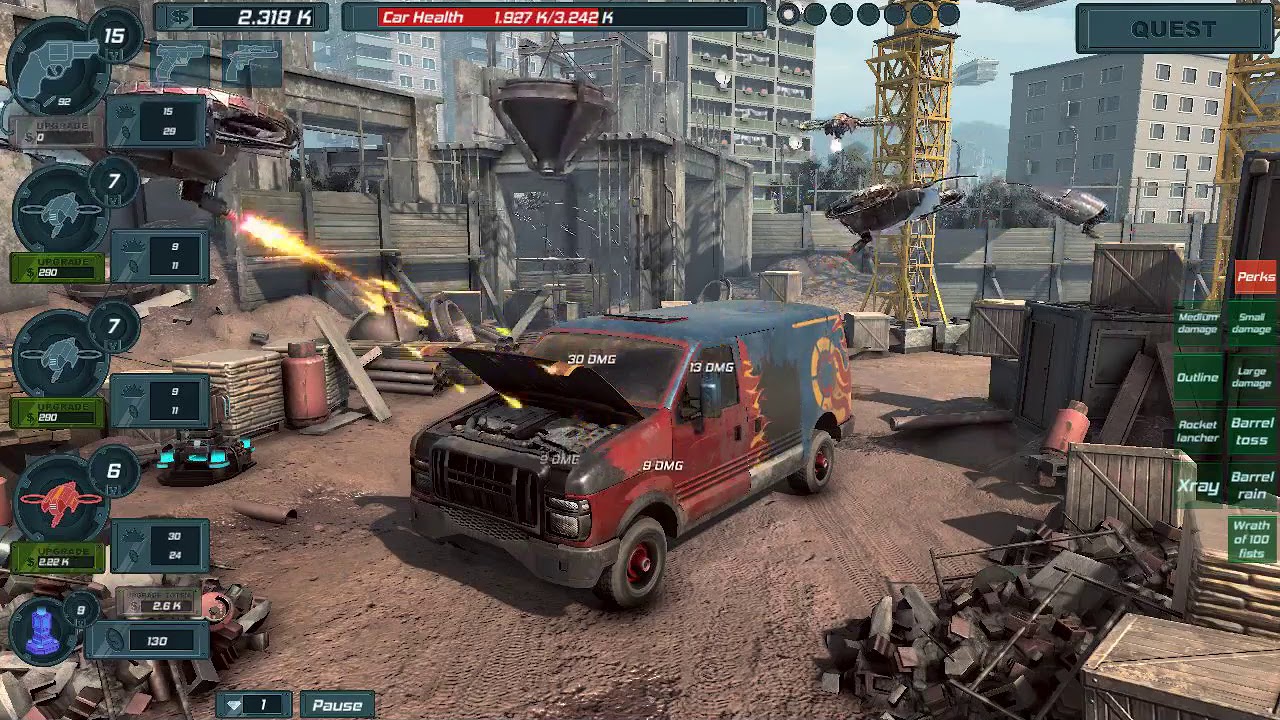 The bosses are a bit more intimidating than the regular cars but those battles are much harder since their attacks are hard to avoid or minimize. Even if you remove the guns from the boss vehicles, they’ll still neutralize you and your drones with their unavoidable EMP attacks. There’s no way to heal so you’ll have to strengthen your forces and take it down quickly before you run out of health. I couldn’t afford to take on the “Don’t hit the car” quests during the boss battles. Thankfully, there are no penalties for failing quests.

The sound effects are good with various damage noises and gun blasts coming from the attack drones. The background tracks range from electronica to rock and fit the theme well.

There’s little to complain about from a moral perspective. Most of the cars being attacked are defenseless, but the boss vehicles are relentless. Since the cars appear out of thin air, I assume that they have no concerned owners.

If you enjoy clicker games, this title is worth looking into. The asking price is a reasonable $6.99. If you’re looking for a game with a story or purpose, you’ll want to look elsewhere.