Thank you VaragtP Studios for sending us a review copy of this game!

Tap Heroes is such an easy game that it can literally play itself once you get a mage in your party to heal the warrior.  At first you start off with a warrior that will auto attack the enemy, but if you want to vanquish it faster, click on it lots of times.  I mean lots.  No. More clicks, keep on clicking.    If you're low on health, all you need to do is click on yourself until the health bar is full.    There doesn't seem to be any cost to healing yourself, but the only downfall to healing is that you're not attacking the enemy as fast, or at all, unless you have the rogue in your party. 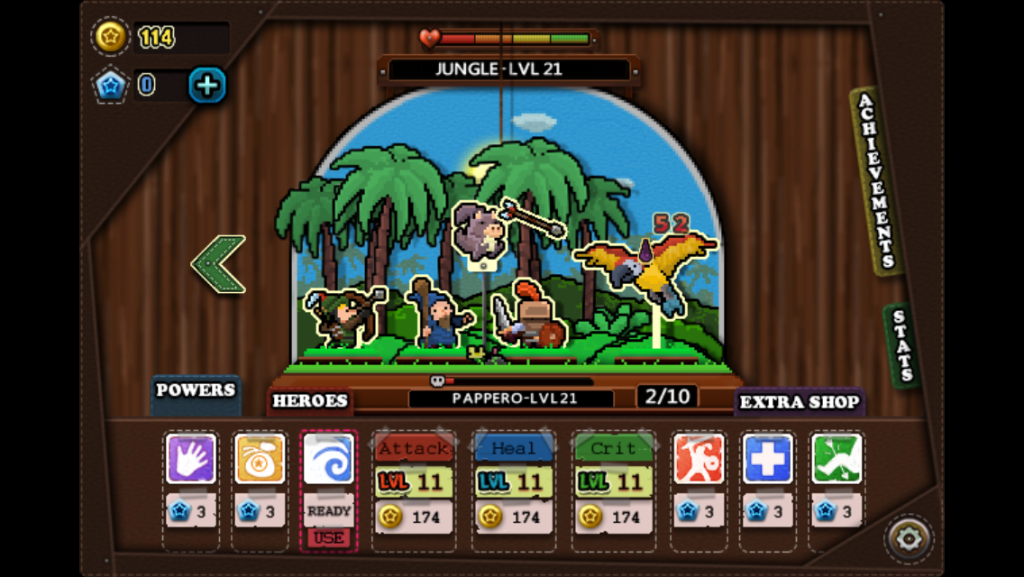 Strong Points: Only $2.99; so easy to play that it can auto-pilot after you have a mage in your party
Weak Points: So much clicking that your hard and mouse will be in pain
Moral Warnings: Cartoon violence

The rogue shoots arrows that stun and poison foes.  With gold coins dropped from defeated monsters like bees, bats, tigers, pigs, and Venus fly traps, you can upgrade his speed and potency.  Each upgrade will cost more than the previous one so keep on saving your gold and spend your money wisely between all of the party members.

The healing mage is the first unlocakble character that you can purchase with gems dropped by bosses or found in random treasure chests.  Gems can also unlock temporary boosts that can recharge over time including the ability to do double damage, earn more gold, summon a tide to wash away an enemy, or heal twice as much.  In the extras shop, potions, banks for dropping more gold, and an attacking familiar can also be purchased with gems.  Last but not least, gems can be placed on an altar to upgrade abilities. 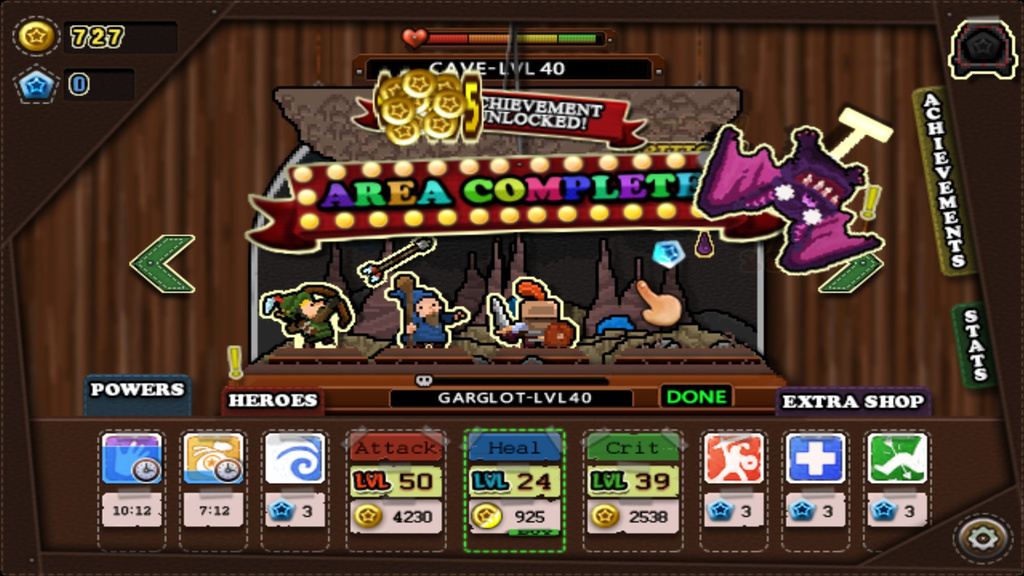 As you progress through the three hundred levels (if your fingers can take it), the enemies get stronger and take more effort to knock out.  Each level has ten monsters that have to be defeated to manually switch to the next level.  Moving forward is optional and you can let the game play itself if your warrior can hold his own and the mage heals him enough. Every tenth level has a boss and these battles will require constant healing to survive their powerful attacks.

If your characters are leveled up enough, it doesn't take much skill to keep pressing forward.  The only limitation is how much clicking can you stand doing before getting bored or having your fingers get tired.  This game seriously numbed my fingers as I played it and I don't recommend it for anyone suffering from carpal tunnel.  Even though Tap Heroes is kid safe, mine got bored with it after a few minutes.  The asking price is only $2.99, but I'd wait for a sale before picking it up.