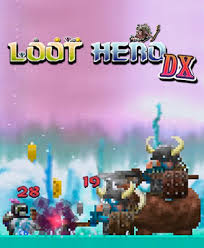 Thank you VaragtP for sending us this game to review!

A legendary dragon is wreaking havoc across the land and setting towns ablaze and evil creatures are resurrecting around the world.  A hero is needed to travel around and put an end to this mayhem.  That hero is you!

The story isn’t very deep in Loot Hero and quite frankly neither are the game mechanics.  In this game you defeat enemies by simply walking into them.  If you’re strong enough, they’ll simply disappear and leave behind some money, gems, or healing/invulnerability potions.  If you’re not strong enough you can upgrade your attack, defense, critical rates, or speed in one of the many towns scattered across the ten levels.

While you’re standing in front of a town, your health will regenerate quicker than normal.  The monsters will steer clear from the settlements as well so they provide a bit of a respite.   If you get killed in battle, you can resurrect at the cost of some gold and experience.

The bosses at the end of the level are usually stronger than the hordes preceding them, but that’s not always the case.  Like many RPGs, grinding is inevitable and you can take as long as you like in a level before conquering the final boss.  There is a Steam achievement for completing a level in less than fifteen seconds, but I have yet to unlock it.

If you like collecting Steam achievements, then this is a game worth looking into.  The price is a meager $2.99, but it doesn’t exactly offer a complex story or game mechanics.  If you just like smacking enemies around, then you may still enjoy this game. 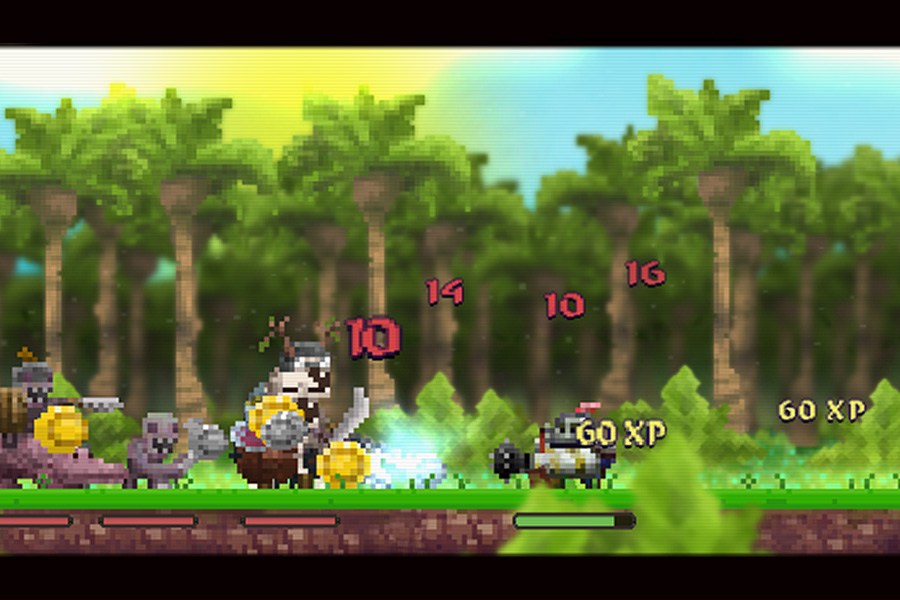 The graphics look very pixellated on my 27” LCD running at 2560x1440.  The interface is functional but limited. There are options to adjust the display settings.  I do like how the main character’s weapon changes with each upgrade though.

The background music was well done and changed with the levels and approaching enemies.  There’s no voice acting, but the sound effects were fitting.

Beating the game the first time took me less than half of an hour to do.  Every time the dragon is defeated, the levels will increase in difficulty and a miner will be set free to mine gold for you. Even when you’re not playing the game!  Once your character is more powerful, beating the game in less than ten minutes is possible.

If you don’t mind short and mindless entertainment, Loot Hero DX will meet that need.  Even though there is some violence, there is no blood or gore to be seen.  Enemies simply disappear in a purple puff of smoke.  While I wouldn’t recommend paying full price, it may be worth looking into when it’s included in a discounted bundle or on sale.