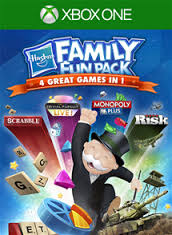 We have recently reviewed three out of four of the titles bundled in Hasbro’s Family Fun Pack.  Risk sells for fifteen dollars by itself and was included on our 2015 Christmas Buying Guide.  While both are still fun, Monopoly and Scrabble didn’t make the cut.  If you were to buy Monopoly by itself, the going price is twenty dollars which is five dollars more than the other games individually.  If you like all of these board games, then the Hasbro Family Fun Pack will save you money, as you can pick up all of these titles for one reasonable price.

All of these games are available on both the PS4 and Xbox One Platforms and our reviews for Scrabble and Monopoly are based on the PS4 version.  Risk and Trivial Pursuit were reviewed on the Xbox One.  Each of the games have online modes and Monopoly was the only one lacking people to play against.  As with all Xbox titles, Xbox Live is required to play against friends and strangers online.

The only game we have not covered in this collection is Trivial Pursuit.  So let’s fix that right now!

For those who are not familiar with Trivial Pursuit it’s a quiz game where players answer questions and collect wedges to fill up their pie pieces.  The first player to collect six wedges and complete their pie, wins. 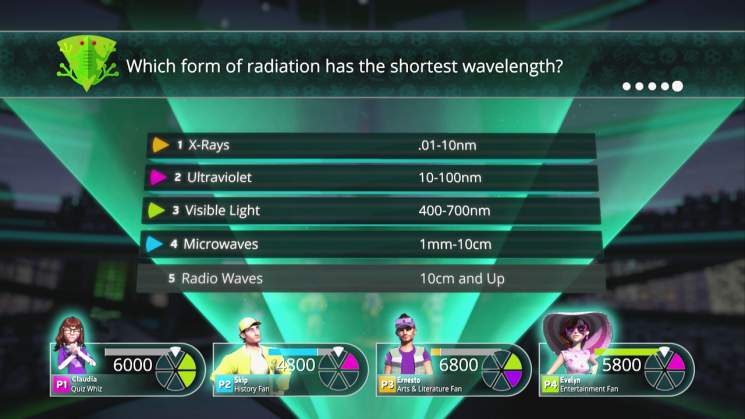 Strong Points: Great collection of games that can be played online and locally
Weak Points: Using multiple controllers is a hassle with Microsoft accounts and trying to set up a guest account kicks you out of the game
Moral Warnings: None!

The questions are pulled from several categories including Art & Literature, Entertainment, History, Sports and Leisure (some videogame questions are in here!), Geography, and last but not least, Science and Nature.  Wedges can be earned from any categories and duplicates are okay.

Up to four players can play in a three or five round game.  Sharing a controller is the easiest to set up initially, but when it comes to gameplay, individual controllers are preferred.  Unfortunately, in order to use controllers, each player in the game must have a Microsoft account.  There is an option of adding a guest player but doing so quits you out of the game and into the new (and crappy) Xbox interface.  I can’t say for certain if adding a guest was easier with the older interface, but it’s definitely broken in its current state.  Adding guest accounts on the PS4 is easy, and because of that,  I would recommend the PS4 over the Xbox One version.

There are different game modes that are randomly picked and multiple choice questions are answered by pressing the corresponding button. Others game modes like Grab Bag require making selections using the left joystick to move the on-screen cursor.  The Grab Bag mode has several correct and incorrect answers on the screens and the players take turns choosing until they answer incorrectly, run out of time, or run out of correct answers to choose from.

My least favorite game mode is Close Call, where players must scramble and choose the best or closest answer.  Each response can only be used once so if the ideal answer is taken, then you’ll have to go with the next best one for fewer points. 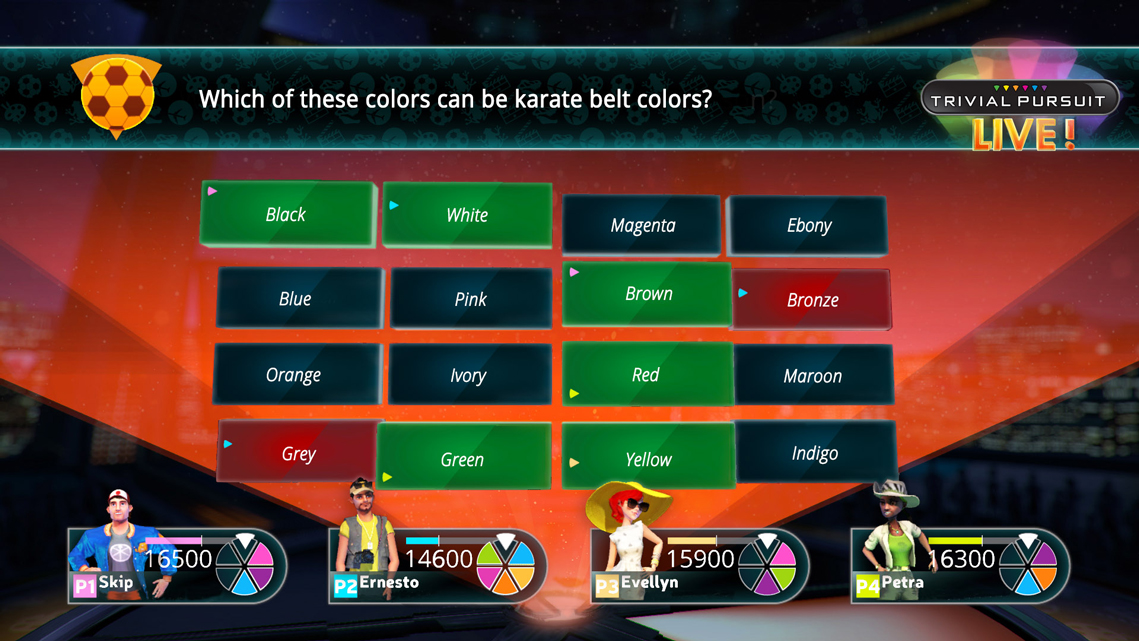 Switchegories lets the player with the least amount of points choose a category that everyone will be able to partake in. If the player who picked the category gets the question right, they’ll get bonus points.  Quickstarter works in a similar fashion but randomly picks questions that are worth more and more points until the round is over.

No matter if a quick or a longer game is played, the final round is designed to give anyone a chance to win the game.  The questions in the final round are worth many points and wedges are handed out pretty regularly until a person collects all six.  There are game achievements for winning, losing, and doing well in the various categories.

From an appropriateness standpoint, Trivial Pursuit and all of the games in the Hasbro Family Fun Pack are suitable for players of all ages.  The only questionable moment I experienced was in a game of Scrabble where the AI played the word “tits.”

Anyone who enjoys Scrabble, Monopoly, Risk, and Trivial Pursuit should look into this bundle.  While the interface can use some tweaking in some of the games, for the most part, they are well polished and easy to use.  The graphics are serviceable and give many of these classic board games a modern makeover.  I’m glad we can enjoy these games as a family without worrying about losing pieces and appreciate the luxury of pausing and resuming Monopoly games.