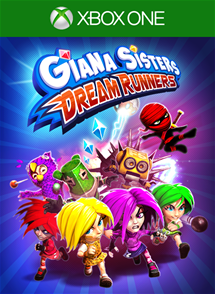 Thank you Black Forest Games for sending us this game to review!

The original Giana Sisters game, The Great Giana Sisters had a troubled start back in the NES days when its levels had a striking resemblance to the original Super Mario Brothers game.  Because of that controversy, the sequel Hard’n’Heavy, was released with a different name on the Comodore 64 a couple of years later.  Fast forward twenty years and the franchise was revived with Giana Sisters DS for the Nintendo DS and three years after that, Giana Sisters: Twisted Dreams, was made available to previous and current generation console systems as well as PC.   With a new twist on its platforming roots, Giana Sisters: Dream Runners combines racing and platforming elements to make a unique game.

The main focus of Giana Sisters: Dream Runners is the multiplayer aspect and two out of three of the game modes available require online access and players. While I do have my Xbox One connected to the internet, there was nobody online to play ranked or quick matches with.  If you’re looking to play against people online, then you’ll have to look elsewhere. 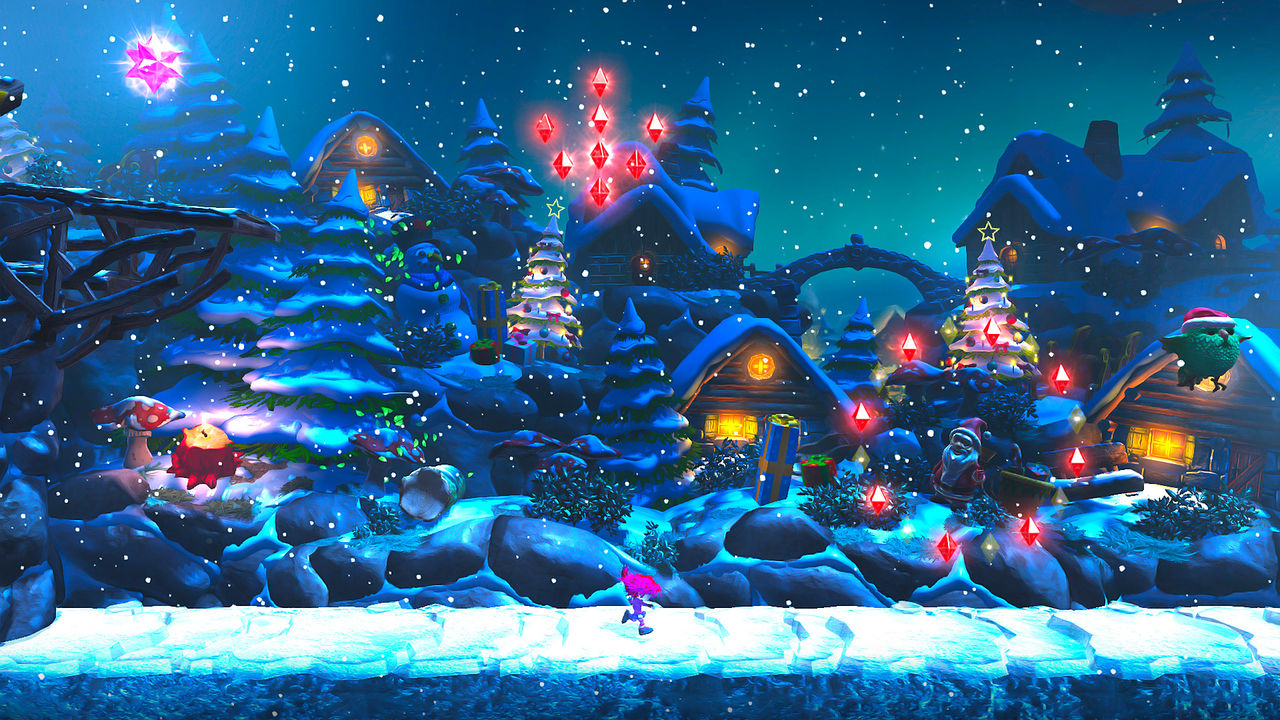 If you wish to play against bots or against friends locally, the custom match mode is your only option.  There are nine maps available to choose from and the players can vote on them.  The voting process has to be unanimous or else the game will start off without everyone in it.   The bots are not picky on which map you choose and they are challenging to keep up with in this fast pased battle racing game.

The goal in this game is to outrun and outlive your opponents.  When a player is pushed off of the screen, they will be kicked out of that round.  Even though this is racing game, there are many obstacles and challenges to overcome to be victorious.  There are many enemies and wind tunnels that will render your character dizzy and slow them down for a couple of precious seconds.  Some of the obstacles like shocking orbs are deadly and will kick a player out of the round if they are not avoided.  When a player is the only survivor or the first to reach the check point they are awarded a star.  The first player to reach three stars will win the match. 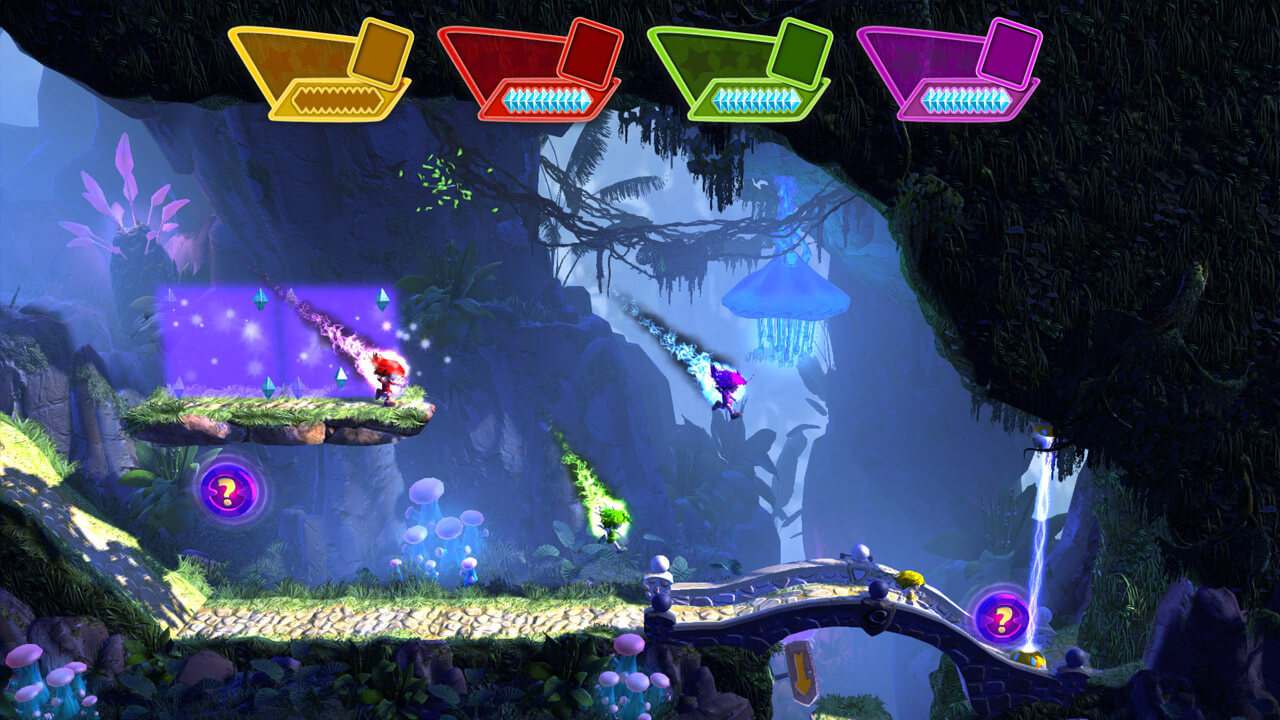 While the concept is simple, the controls are far from it.  The joystick is used to move the character and the A button is used to have them jump.  Many levels require double and wall jumping to reach higher places.   When there is a gust of air, it can be ridden by pressing the Y button to glide.   Power-ups can be collected and used against your competition by pressing the B button.  Each of the four sisters has a different power-up at their disposal.  If you need to dodge or slide under them, the down arrow is important to remember.  Speed is important and there are two power-ups available, the X button for using a charged dash and the right trigger for a temporary speed boost.

Blasting ahead of the competition is fun to do and there are several achievements attainable for every platform its available on.  For example, there’s achievement available for winning on each of the nine levels against bots or online.  Given the lack of people online to play against, bots it is!

Even without people online to play against, Giana Sisters: Dream Runners is entertaining for a little while.  The limited map selection and no variations of gameplay make me doubt that my kids will want to play it again anytime soon.

Giana Sisters: Dream Runners is family friendly and the violence is cartoon like with no blood or gore anywhere.  The graphics are colorful and there is a fair amount of variety within the available maps.  The rock style background music added a nice touch to this adrenaline pumping racing game.  While the $9.99 price tag would be reasonable if the game was fully functional, however in its current state I’d wait for a sale before picking it up.