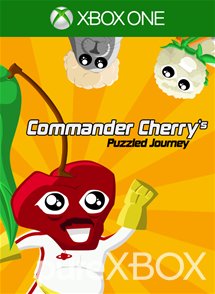 Thank you Grande Games for sending us this game to review!

Commander Cherry's ship has crash landed and it's up to you, the cadet, to position yourself in different yoga style poses so that he may safely run and jump across the treacherous landscape.  As you progress in the game, more gameplay mechanics get introduced along with some nasty enemies to deal with. At first you'll be using single poses to bridge uniquely shaped gaps, but it's not long before you'll need to snap several different poses of yourself using the console's camera.

The poses you make have to be useable and illuminate nearby orbs for Commander Cherry to collect.  Until all of the orbs in the area have been collected, the path to the next destination will be inaccessible.  The amount of poses per section is restricted, but you can re-do them and take a penalty from rewards orbs.  Each level has a max number of collectible orbs and a hidden banana somewhere within. 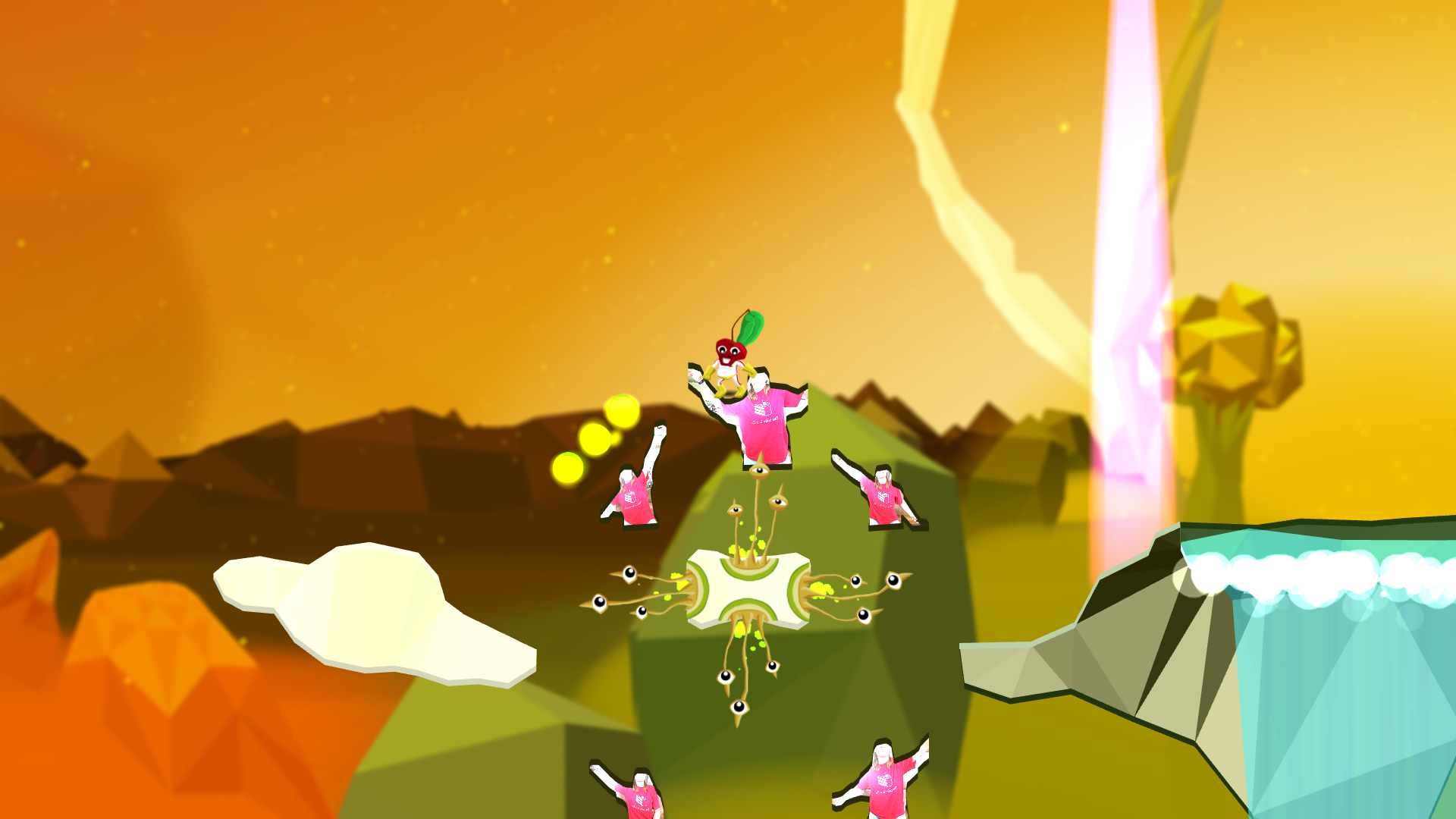 The double jump ability is often needed to go off of the beaten path and locate hidden orbs and bananas.  Sadly, this ability is easily lost when touched by an enemy. Until it is regained, it makes the game more challenging if not unplayable at times.  After dying a couple of times, the player is leveled up with the double jump and/or laser ability if it has been unlocked.  Sadly, each death subtracts fifty orbs from the player. I have ended levels with orbs in the single digits instead of the recommended hundreds.

There are nine levels and after they are completed, a mirror mode becomes available.  The  mirror mode flips the captured image to make the game a wee more challenging.  I found the regular mode hard enough, especially with the creatures that eat your platforms before you are done creating them all.  Granted, Commander Cherry gets a slow motion ability; however the platforms should be left alone until he regains controls to actually use his power!

Even though I found the game frustrating at times, my kids seem to enjoy playing it. They also laughed at the silly positions I would get myself into to assist Commander Cherry.   The humor in this game is very silly and contains many new words with the word yoga in it like Yogawesome!

When it comes to audio, this game is very simple with functional sound effects and silly voiceovers.  The background noises add to the outer space theme and the interference sound effects are heard when your body touches a hostile object.  Until your body is re-positioned, it won't let you put it into play. 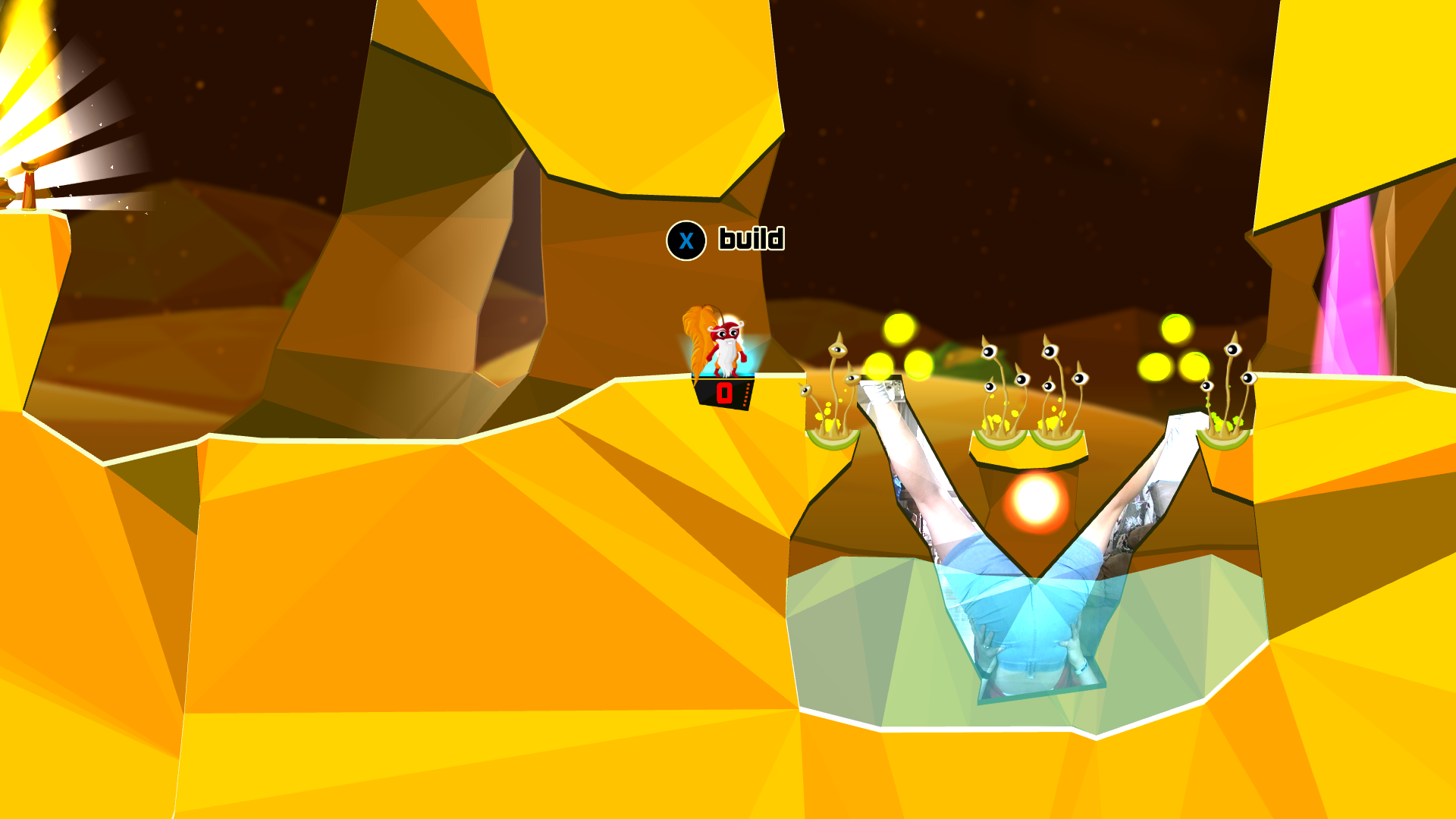 The graphics are simple, yet colorful.  The Kinect support worked pretty well and it took some stretching to illuminate all of those nearby orbs.   Like other games, the Kinect will pick up multiple people if others are watching you too closely.

Commander Cherry is pretty easy to control with the left joytick to make him walk, the A button to jump and the left or right buttons to take a selfie to become a platform for him.  Later in the game the trigger is used for slow motion and the right stick is used for the laser beam.  Before I was granted the ability to laser cut my platforms, I did get commander Cherry Stuck once and I had to commit suicide (and lose 50 orbs) to free myself.

The colorful levels and silly gameplay mechanics captured my kids' attention. Thankfully,  Commander Cherry is a family friendly game that can be enjoyed by the whole family if they are nimble and have a lot of patience.  From a Christian perspective, there is some cartoon style violence/deaths, and some references to yoga, Buddhism, and enlightenment.  Other than those issues, this game is pretty clean.

While the asking price is $13.99 I Would wait for a sale before picking up this title.  Not only is the game frustrating at times, it's pretty short and can be completed in a couple of hours.  Kids that like to see themselves on camera/TV may enjoy it more than this grumpy adult did.