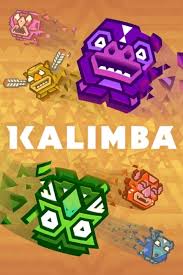 Thank you Microsoft Studios for sending us this game to review!

Kalimba is the story about a good goddess who has been defeated by an evil god and had her powers taken away and scattered across the land.  Hope is not lost though, as she relies on a couple of spirit totems who will work together to gather orbs and rebuild her totem to help her regain her power.  It will not be an easy journey, but as the goddess regains her powers, the spirit totems will learn new skills and abilities to persevere and overthrow the evil god.

The levels start off pretty easy with the basic jumping and switching techniques.  The switching is for swapping the positions of the two spirit totems that are controlled simultaneously.    Each totem spirit is a different color and if they touch black or differently colored goo, they will disintegrate and die.  There are also enemies that are deadly to the touch, but later in the game the spirit totems can become bigger and capable of stomping them into submission.

Once the basic moves are learned, more complex maneuvers will be required to master including double and quadruple jumps.  While those take some practice, some of the other moves can be trickier like the repel/gravity reversal.  While that move can be frustrating to learn, it is often subsided by many fun maneuvers like the spirit cannons and the bouncing platforms. 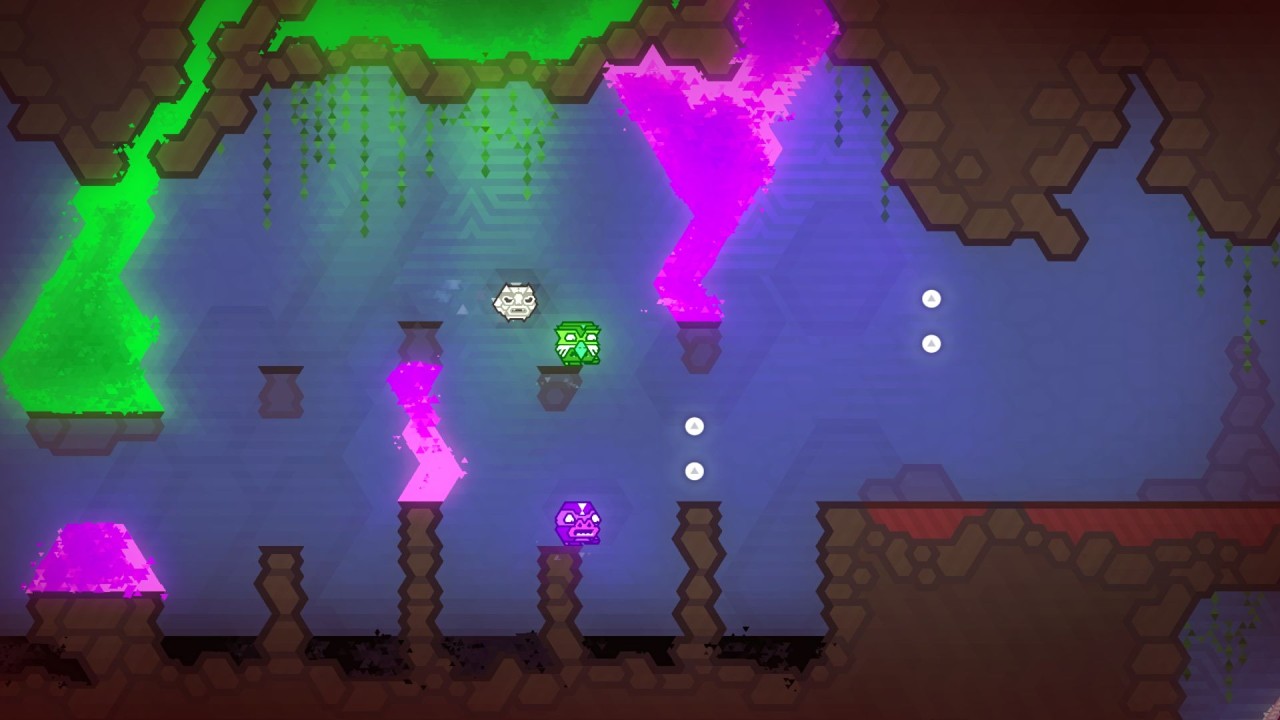 Dying is pretty much inevitable, but the only way to a perfect score is to complete a level without doing so.  The player is rewarded by a totem piece to add to the goddess' totem pole and the better you do on a level, the nicer it looks.  A perfect run is achieved by collected all of the orbs with no casualties.  The more deaths there are, the uglier the totem piece will be at the end.  Some of my levels sadly are ugly log stumps that I would rather look at than try and improve my score since I really did not enjoy those levels.  I was able to improve the appearance of some of the logs my kids have earned though.

Kalimba is pretty family friendly since the violence is minimal and there is no blood when the spirit totems disintegrate.  The spiritualism and totem religious aspects are integrated into the story and are unavoidable.  With that said, I still let my kids play Kalimba and they enjoy playing the single-player and co-op levels.  The levels are pretty challenging and well designed.  They will certainly make you think, but they were not too difficult to scare gamers (of all ages) away.

The single-player and co-op levels are completely separate and there are expansions for both modes for an additional cost.  A bundle price for both is $5.99 or you can get the single-player or co-op only for $3.99 each. 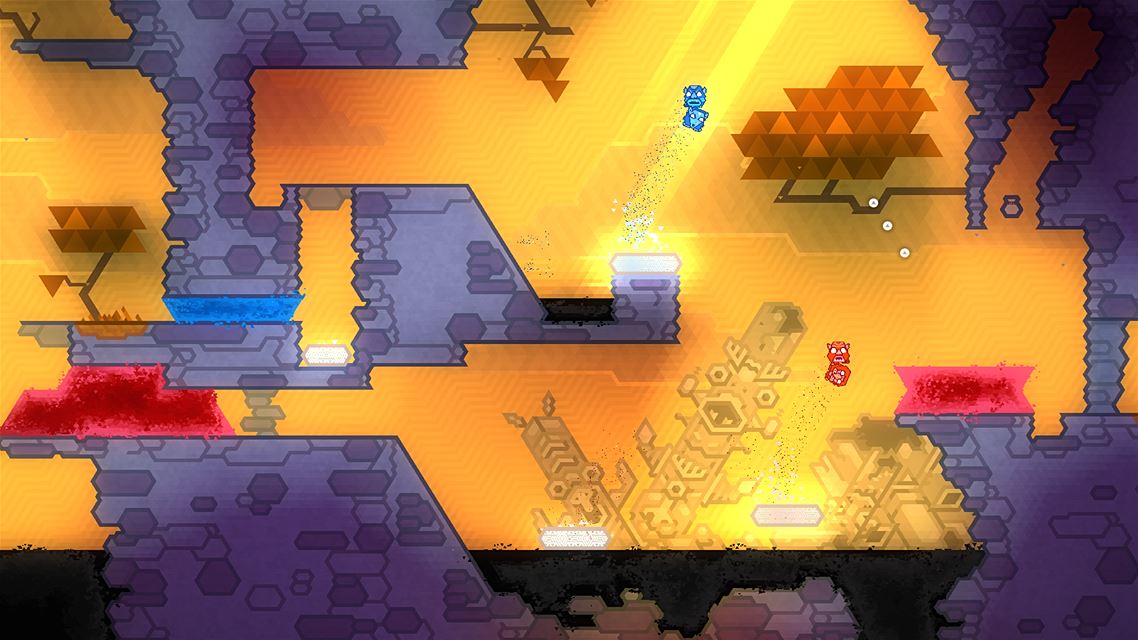 I personally enjoyed the single-player mode more so than playing cooperatively with my kids.  They enjoyed playing both modes but didn't hesitate in yelling at each other in frustration during the co-op gameplay. To do well in co-op you have to have excellent communication, quick reflexes and lots of patience.  The bosses are no exception, but most of the time you're battling against the environment rather than enemies.

The levels offered plenty of variety and the new moves and abilities scattered through the game kept things fresh.  In order to progress in the game, all of the techniques both new and old have to be mastered.  The graphics in Kalimba are really unique and colorful.  I liked the triangle shaped tribal art that gave the game a unique look.  I could have done without the ugly log stumps to remind me of how much of a bad gamer my kids or I were.

Even though the background music is forgettable, the narrator, Hoebear, was amusing to listen to. The humor is pretty good and the available Xbox achievement titles and types are pretty silly as well.   By finding and completing a secret area, I earned the "I like turtles" achievement.

There's plenty to do and like in Kalimba.  Even though it is fun, it can be very frustrating at times as well.   My family enjoys it and it's well worth the $9.99  entry fee.  I wish all of the content came with the game instead of offering in-game purchases.  Thankfully, I have my Xbox One locked down so my kids cannot make purchases without knowing my pass code.  If my kids beat all of the main levels I may purchase it for them.  If there is a sale on the Xbox or Steam store, Kalimba is worth looking into.