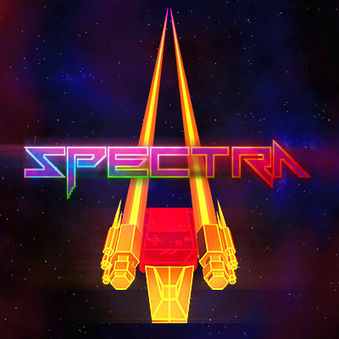 Thank you Mastertronic for sending us this game to review!

Spectra is a retro style racing game set in outer space that has you twisting and turning to avoid the obstacles that can bounce your ship off the track and into oblivion.  Your goal is to collect as many points as possible until the music ends which typically takes between three and four minutes.

The chiptune tracks get more complex (and better) as the songs go on.  Unfortunately, if you're not that good or have kids playing that are not that good (yet) you may get annoyed with the music.  While Spectra has the look and feel of Audiosurf's Monochrome mode, I wish it had more tracks and song variety. 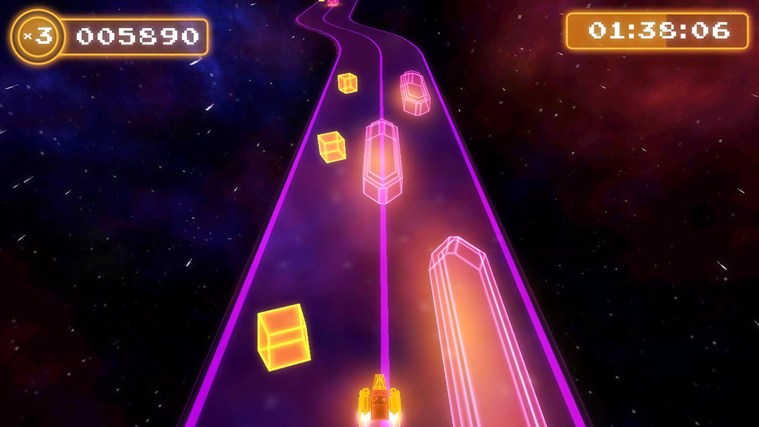 Strong Points: Easy to learn but hard to master retro racing game with plenty of achievements to unlock
Weak Points: Not many tracks or variety in the ones provided; some of the music tracks get annoying
Moral Warnings: None!

There are ten tracks that unlock throughout the game.  You don't even have to beat the current track to unlock the next one it seems.  I was able to unlock the next track by achieving 20% or less progress.  I did manage to fully complete the first few tracks, but the tracks get faster and harder later on in the game.

After all ten tracks have been unlocked, a hardcore mode becomes available.  The hardcore mode features the same tracks and music, but with faster speeds and more obstacles to avoid.  I like how the game keeps track of both your score and the percent completed.  I was challenged to improve upon my completion rate and found out that I have some pretty competitive children in the process.  As of this review, none of them have been able to completely complete a track yet, but they are getting closer.

The score is done in an interesting fashion.  As you collect bits, they are stored in a temporary pool for a couple of  seconds until there is no activity and they are then tallied to your score.  If the ship collides with an obstacle while the points are still in queue, they will be lost.  The biggest loss I took was 960 points; while that hurt it was nowhere near the 9,000 needed to earn the "Over 9,000!" achievement. 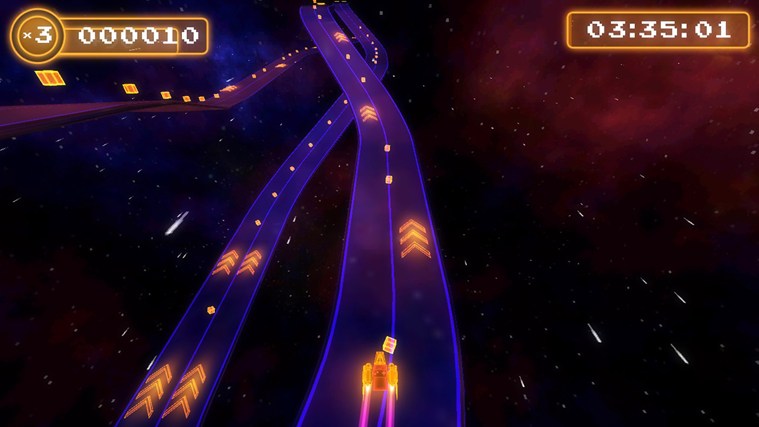 Besides collecting bits, there are speed boosts which get you more points, but make it harder to control the ship in return.   There are  air time bonuses for leaving the track and hopefully coming back in time to keep the level going.  There are no checkpoints or lives; you only have one chance to see how far you can go.

The levels twist and turn and sometimes give you multiple routes to choose from.    Sometimes if you fall off of the track there is one below to catch you, but that's usually not the case.  The tracks don't change and the scenery has a Tron feel to it and doesn't look any different from one level to the next.  The only thing that changes is the music, number of obstacles, and the speed.

Despite the lack of variety, the gameplay is addictive and fun, if a bit short.  Fortunately, the price is a reasonable $7.49 and it's a clean game that's fun for the entire family.  All of my kids enjoyed playing it and I'm sure it won't be long until they start beating some of my scores.