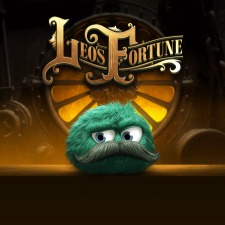 Thank you Tilting Point for sending us this game to review!

Leo is a fuzzy and intelligent engineer who has accumulated a vast fortune from his inventions.  His story begins with his gold taken from him and a trail of gold coins to follow like bread crumbs in the woods.  Leo is left to ponder who took his gold, but in the meantime he sets off on the trail to find the not so inconspicuous culprit.

There are five acts with twenty-four levels including the unlockable bonus levels.  In each act Leo tracks down a relative that he assumes to have taken his treasure away from him.  Of course his relatives have to live in obscure areas with many traps and puzzles along the way.  Leo will travel across jungles, factories, under water, through the snow and sky to get his fortune back.

With his fuzzy body he will smoothly glide through loops and twisting paths.  Leo can also jump and float to navigate through tough terrain.  There are many logical puzzles and traps that he'll have to outwit as well.  Some weighted objects will have to be pushed on pressure plates and many deadly and often spiked objects have to be avoided. 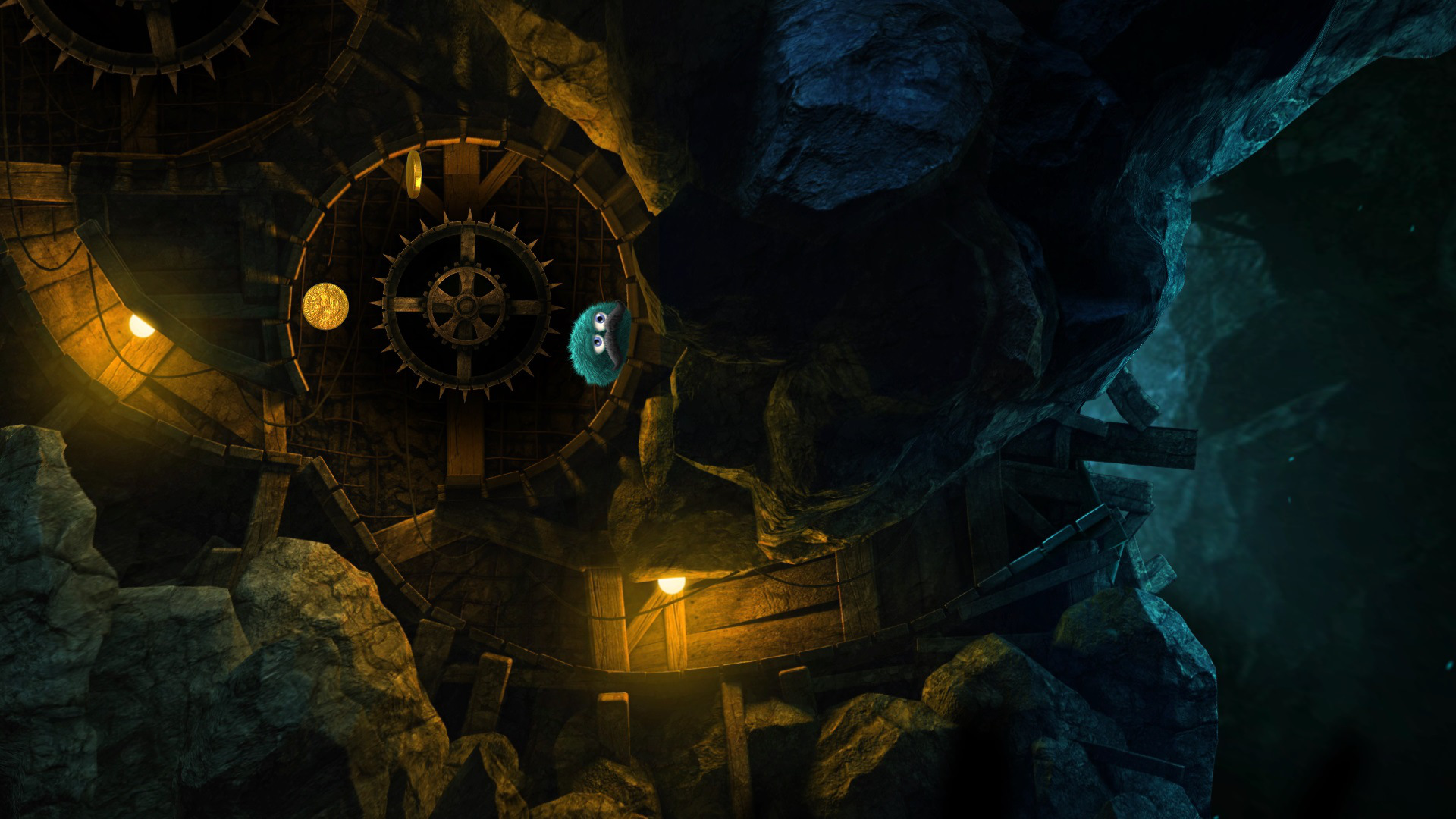 Most levels have a hidden cog in them.  I have managed to find a few and received Xbox achievements for doing so.   Upon completing a level, up to three stars can awarded for finding all of the coins, not dying, or beating the par time.  While I have managed to collect all of the gold pieces, only a couple of levels were completed without dying or under the par time.

In each act a bonus level can become unlocked if a certain number of stars are earned in that area.  After the story mode is completed, a hardcore mode becomes available.  In the hardcore mode your objective is to see how many levels you can complete without dying.  Normal mode took our family a little over four hours to complete. 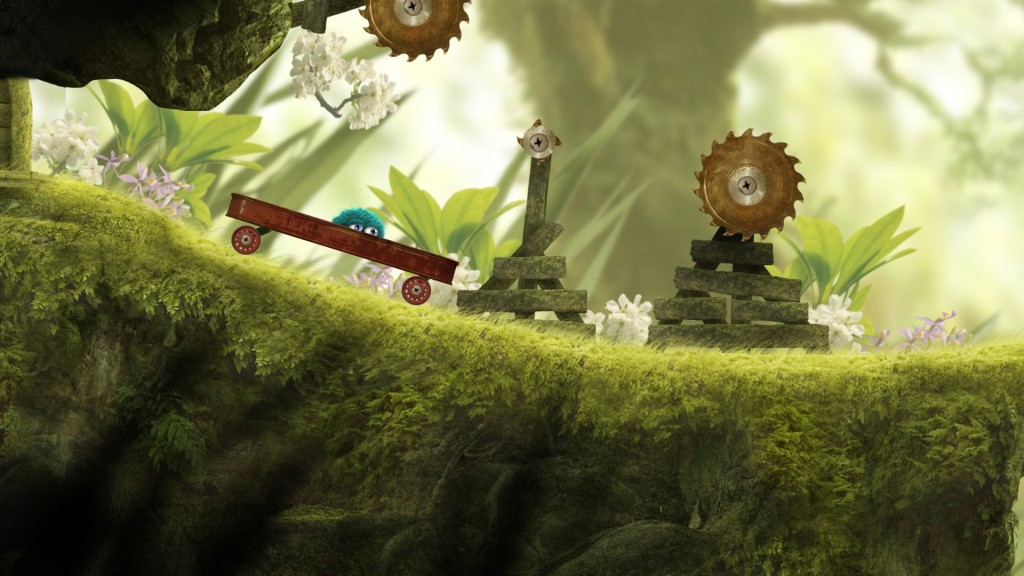 I knew Leo's Fortune was going to be a good game when I was not able to play it very often.  My kids took an interest in it and enjoyed both watching and playing the game.  My husband took the controller from me on several occasions when my lack of platformer gaming skills noticeably bothered him. We all had fun playing this game and other than Leo getting squished to death, this title is pretty family friendly.

Some of the levels can be tricky towards the end with the timing and difficult jumps.  The inflated difficulty of the darkness levels is a bit of a cheap shot, but it did add some level variety.  The scenery was always changing and the graphics are beautiful in this high definition re-release.

The voice acting is well done and Leo tells a good story with his Russian accent.  I like how the story teaches a good lesson on greed and not putting gold before your loved ones.  The background musical is whimsical and pleasant to listen to while constantly trying to stay alive.  Fortunately, there are plenty of check points if Leo happens to meet his untimely demise.

Overall, Leo's Fortune is a fun 2D puzzle platformer game that will entertain gamers for a few hours.  The levels are well thought out and the puzzles are not too difficult to solve.  Some gamers (like myself) will find some of the jumps tricky towards the end, but the deaths Leo experienced usually felt deserved - with exception of the pitch dark levels, of course.   Experienced gamers may get more game time out of the hardcore mode, but my main complaint is the short amount of gameplay for everyone else.  Despite that, our whole family enjoyed this title and we highly recommend it.