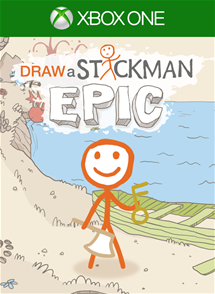 Thank you Hitcents for sending us a copy of this game!

Draw a Stickman: Epic came out in November of 2012 and is available on many mobile platforms with ad supported and paid versions.  Even the paid versions have in-app purchases to unlock all of the levels or add armor to toughen up the main character a bit. The Xbox One version is by far the most expensive and has little to show for the price increase other than Kinect support which is better left disabled.

No matter what version of the game you play, the premise and levels are pretty much the same.  I did notice some minor level deviations from the Android version when playing the Xbox One version though.  The game starts with you drawing a stickman and then a friend for them because they're lonely.  The friendship is short lived as the friend is whisked away by the evil Zarp.

As the title suggests, there is a lot of drawing in this game.  Fortunately, you don't have to be good at drawing to succeed.  In fact, you can usually get away with scribbles or whatever you feel like doodling.  At first, you only have four colors to work with.  Each level has a hidden color that will become available if you discover and unlock it.  There are also puzzle pieces and missing pages to the back-story of the magical pencil that brings doodles to life. 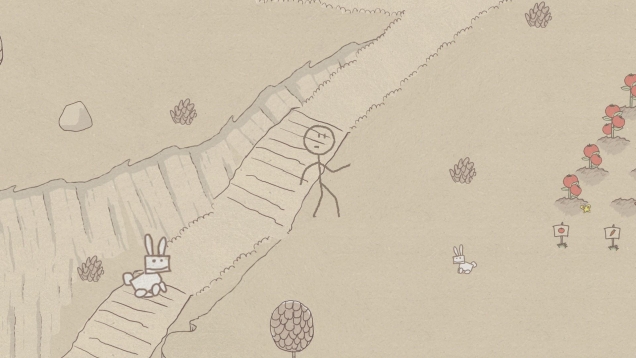 Strong Points: Creative game that lets you design the hero and solve puzzles with them
Weak Points: Most expensive version; short amount of gameplay
Moral Warnings: Many tragic deaths await your creation

There are only fourteen levels and they gradually unlock depending on how you solve them.  There is some re-playability with the hidden items, but the main story can be beaten in a couple of hours.    The main character and the friend can be re-drawn and re-named at any time without losing any story progress.

Each level has between one and three pencils available to choose from.  The pencils give you the ability to draw fire, rain/lightning clouds, axes, and keys to clear away the obstacles in your way.  Again the drawings don't have to look like anything like they are suppose to.  If you feel like opening a gate or a treasure box with a square box, go for it! 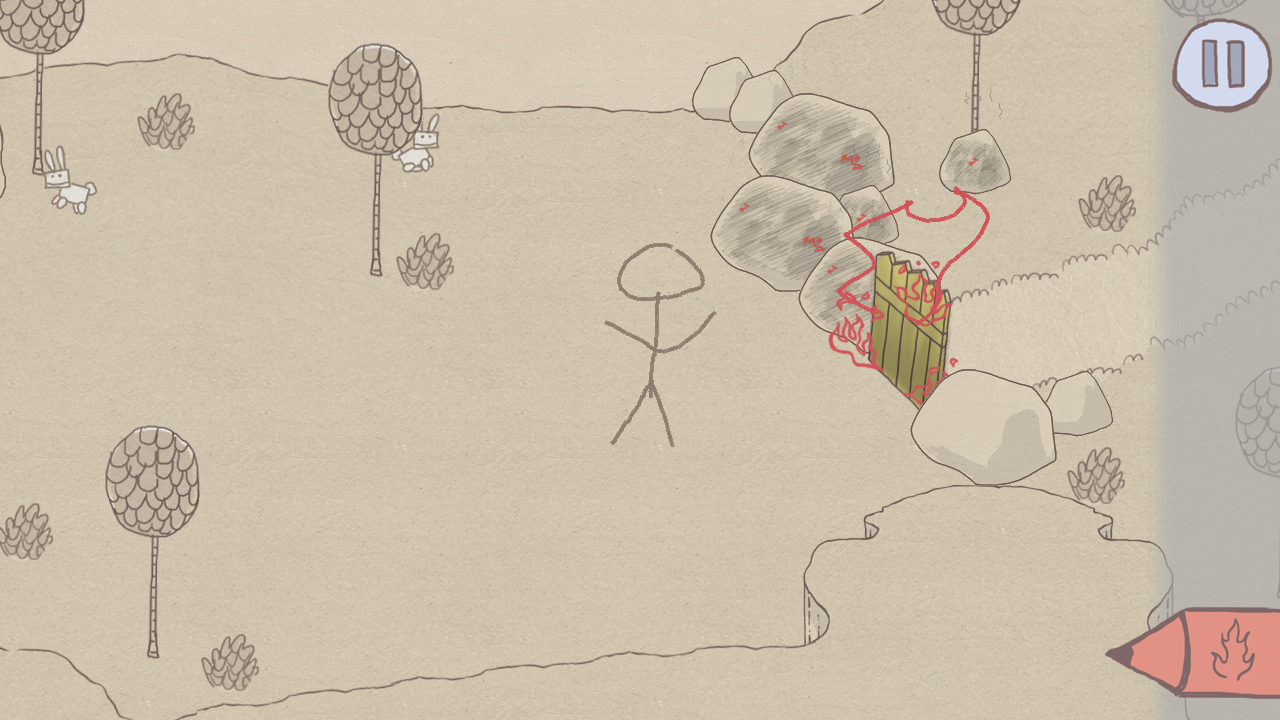 One downside to using out of control scribbles is that they may unintentionally destroy some of the surrounding environment.  The 2D world is relatively simple looking, but works well with this style of game.

The audio is nothing special and the voice acting is rather minimal.  Zarp has a diabolical laugh, but all of the dialogue is text based.  The background music is fitting, but ultimately forgettable.

Using the Kinect to draw was pretty frustrating.  To move the cursor around you have to use your index finger.  To draw, you have to move your fingers into a pinching position.  Getting out of the drawing mode is a bit sketchy and often ruined a semi-cohesive drawing.  Thankfully, the Y button is able to undo the last brush stroke(s).  When the Kinect is disabled, the analog stick is used for positioning while the trigger is used for drawing.  Those controls are way more accurate than the Kinect, hands down.  The tablet and mobile versions are vastly superior and more suitable for this type of game.

In fact, the mobile versions are a quarter of the price or even free if you don't mind ads.  Even after the optional in-app purchases it's still cheaper than the Xbox One version.  Despite the ability to die horrible deaths and inflict pain and suffering to monsters and the environment, Draw a Stickman: Epic is a pretty family friendly game.  In the end, the Xbox One version is playable, but the mobile versions are more enjoyable and a better value.  If you like free entertainment check out the ad supported version or the website episodes.