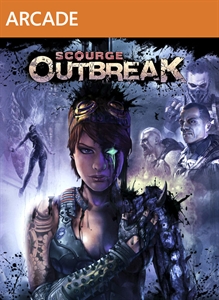 Thank you MMPR for sending us this game to review!

Scourge: Outbreak is a third person shooter where you basically shoot everything and anything that moves.  The four main characters each have unique abilities and a back story that is revealed through flashbacks as the story progresses.

When you first start the game you must choose your character and accept your mission.  The Nogari facility is located on Nogari island and it's your job as part of echo squad to infiltrate the facility, rescue Dr. Reisbeck the double agent, and finally, recover a meteorite fragment being used to develop Ambrosia. Ambrosia is a powerful energy source that gives your armor suit the ability to generate a temporary shield or send a wave of energy at incoming enemies. 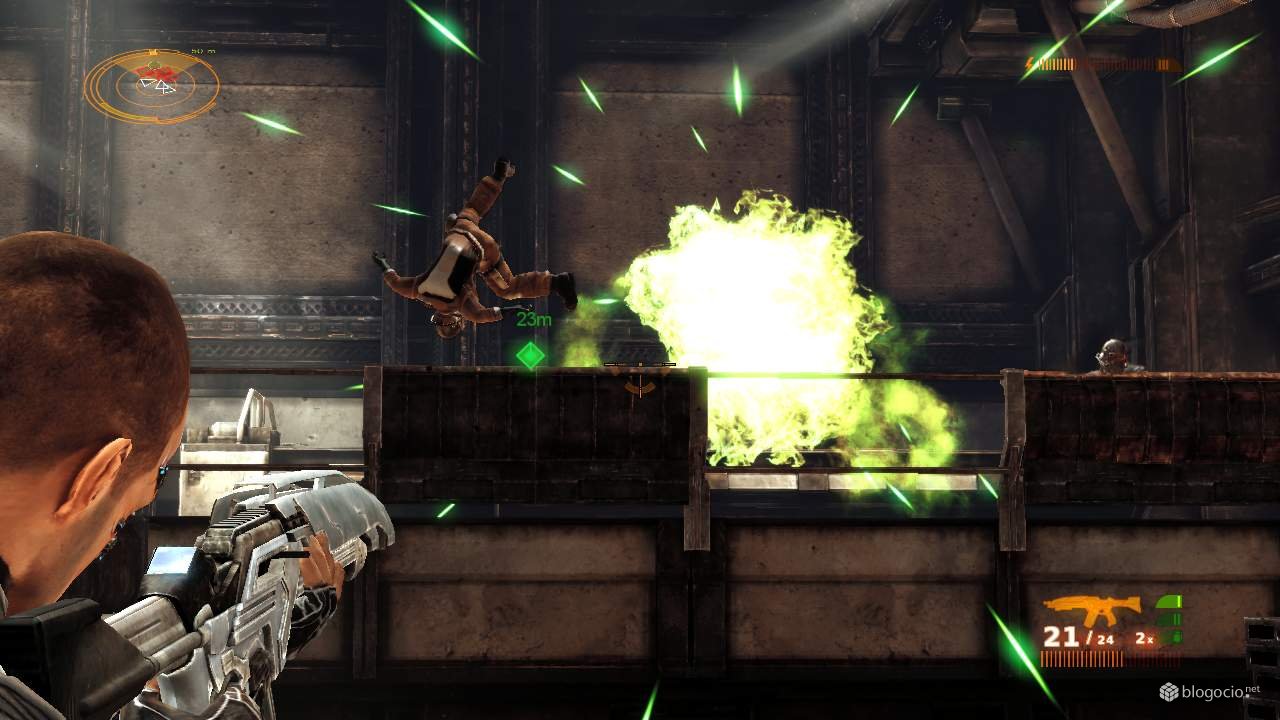 Strong Points: Nice bonuses when ranking up; low price
Weak Points: Unoriginal story; bad voice acting; enemies take too much damage before going down no matter where or how often you hit them
Moral Warnings: Violence that can be toned down, some language

While you can also do melee attacks, a majority of the damage done will be dealt with grenades or bullets.  This introducing the first problem with this game -a few of the enemies (mostly bosses) have a weak point but no matter how many times you shoot an enemy they take forever to go down.  Shooting a soldier point-blank in the head makes no difference either.

There's not much variety in enemies.  There are mutant soldiers, mutant soldiers with muscles and big guns, spider aliens, bigger spider aliens, walking aliens, and bosses.   The previous squad (Alpha squad) that was sent in to retrieve the meteorite sample, has now turned against you.  Each of their members will serve as a mini boss in addition to menacing drop ships and a huge spider alien at the end.

The leader of alpha squad is a female and I found it rather humorous that the developers didn't bother to change the voice acting to feminine moans when taking damage.  Instead, they recycled the two masculine groans for her.

Sadly, that's not the only shortcut taken.  The artificial intelligence is lacking when it comes to your party staying close to you.   The game remedies that by having your squad automatically regroup at checkpoints.  If you can find anyone online (Xbox Live Gold is required) or nearby, you can play co-op and not have to deal with the AI. 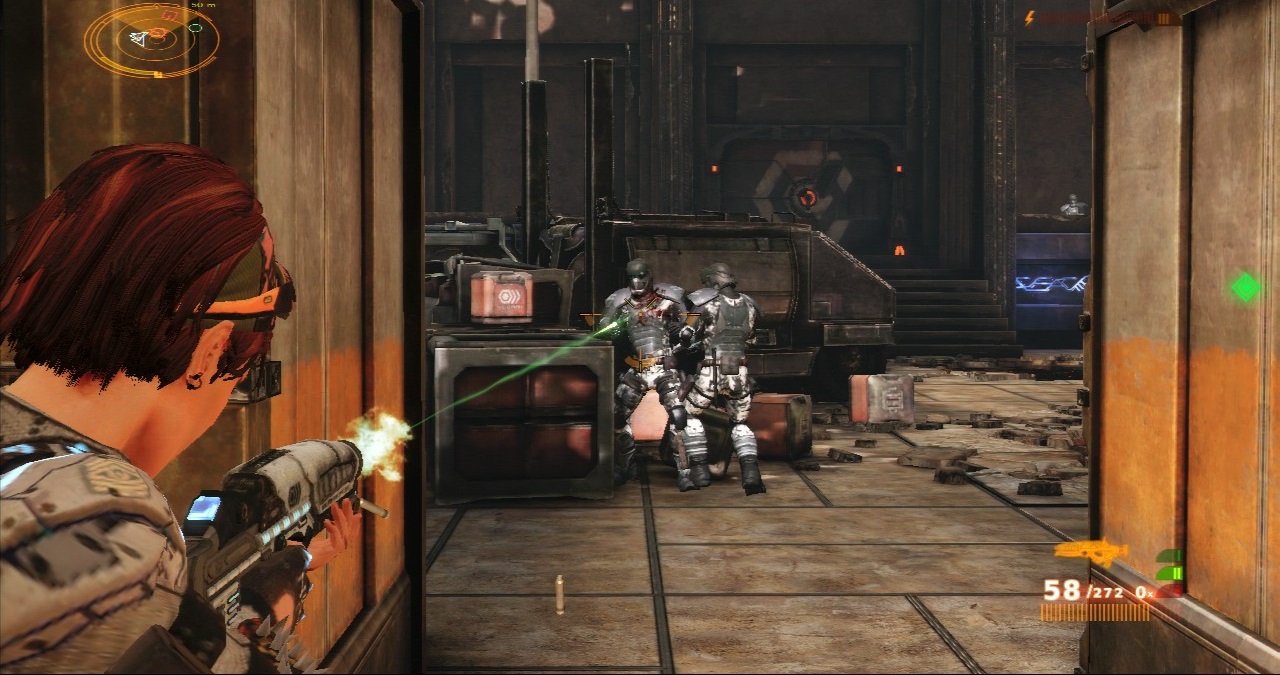 There are four chapters in Scourge: Outbreak with several checkpoints in between. You cannot save or pause the game at will.  I was disappointed when I got a phone call and missed one of the ending movies revealing the lackluster plot.  The character flashbacks are playable in the menu, but not the storyline movies.

While this title uses the Unreal engine it wasn't heavily utilized.  The character models were unimpressive and overused.  The scenery was slightly better with factory warehouses, snowy mountains, poisonous caves and science labs.

Unfortunately, many of these areas are covered with dismembered human bodies and blood stains.  While you cannot disable the gore, you can lower the amount of it.  Compared to other shooter games the language was milder than I anticipated with only d*mn and h*ll being used.  When playing online, you may hear language from other players using microphones.

That is if you can find anyone who plays this game.  I did have another player join one of my gaming sessions, but it took a while.  Given the quality of this game, I won't expect too many people to be playing it.  It took me roughly ten hours to beat the single player campaign and I don't have any plans to revisit this title to play at the harder difficulties.  While the price is only ten dollars, there are much better shooters out there.