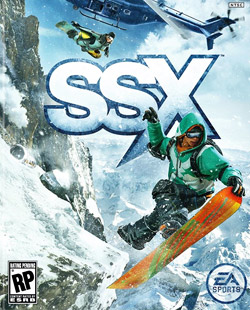 With creativity lacking within the video game industry, it seems like it’s becoming more and more common for companies to reboot dead franchises. By trying to cash in on nostalgia and cut costs while doing so, some great titles have come out in recent years.  The problem is that only a few of those games stay true to their roots. Now it’s SSX’s turn, and it’s time to see whether it lives up to the series' spectacular past. Does SSX pay tribute to where it came from? Or does it discard the old to make way for the new like so many other rebooted franchises have? The short answer to both is yes, but the real answer is far more complicated.

Like the four games before it, SSX is all about extreme snowboarding. Not content to just simulate the real thing, the SSX series has always been the go-to place for fans of the extreme sport. It’s all about speed and insane stunts in the world of SSX. As you travel down the mountain, pulling off wicked stunts, you’ll gain points and boost. Once your boost meter is full, Tricky mode is activated, which unlocks higher scoring tricks and unlimited boost.

That’s nothing new, but the 28 different mountains are. There are about 5 courses per mountain range (approximately 45 courses in all), including 10 “Deadly Descents” that are so dangerous they require special equipment just to traverse (if you want to succeed anyway). Which brings me to the newest addition: gear. See, the world isn’t quite as pedicured this time around. The entire mountain is out to get you, and you’ll have to fight back if you want to survive the run. Headlamps, wingsuits, and pulse goggles are just a few of the gadgets you’ll need to endure the day. 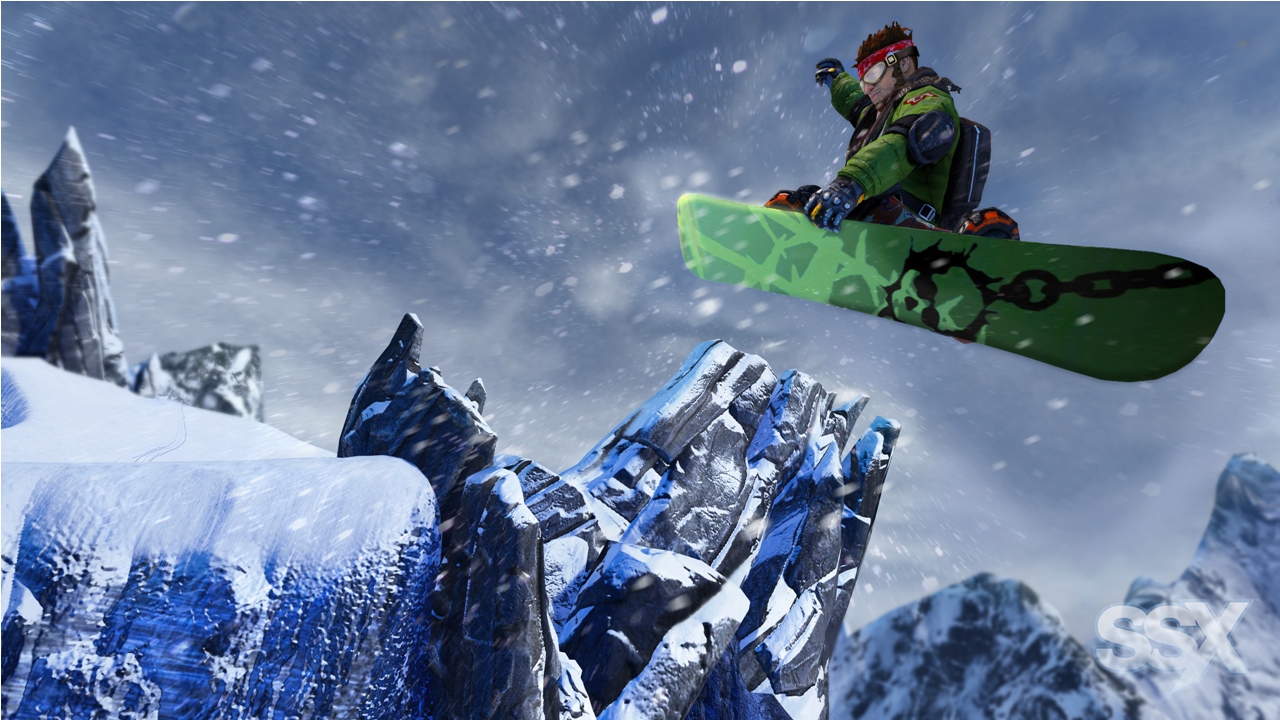 This new mechanic is both a blessing and a curse; because, on the one hand, these gadgets can intensify what would usually just be average races and freestyle events. On the other hand, it makes it hard to just sit back and enjoy the ride; even the “normal” courses require your constant attention. It’s quite a drastic change for the series, and I’m not really sure why it was chosen.

In fact, it seems like I was asking myself, “why”, quite a bit. Why is most of the new gear so gimmicky? Other than the wingsuit, I really didn’t enjoy using any of the equipment. Why are there so many chasms, and why do I instantly lose if I fall down one?  Why can I only choose between four pieces of clothing, gear, or snowboards at the store? Why are there over four hundred of each item for every character, even though most of it is useless?

It’s as if in the transition from yesteryear to this year, the game’s entire focus was shifted. Instead of over-the-top action, it’s extreme survival; instead of riding just for the fun of it, you’re riding for the competition. This became even more evident when I realized the absolute lack of multiplayer modes. In its place is a form of asynchronous multiplayer reminiscent of Trackmania. In layman’s terms, that means you’ll never be racing others, only their time trial or freestyle ghosts. There’s no open world either, only different mountain runs. 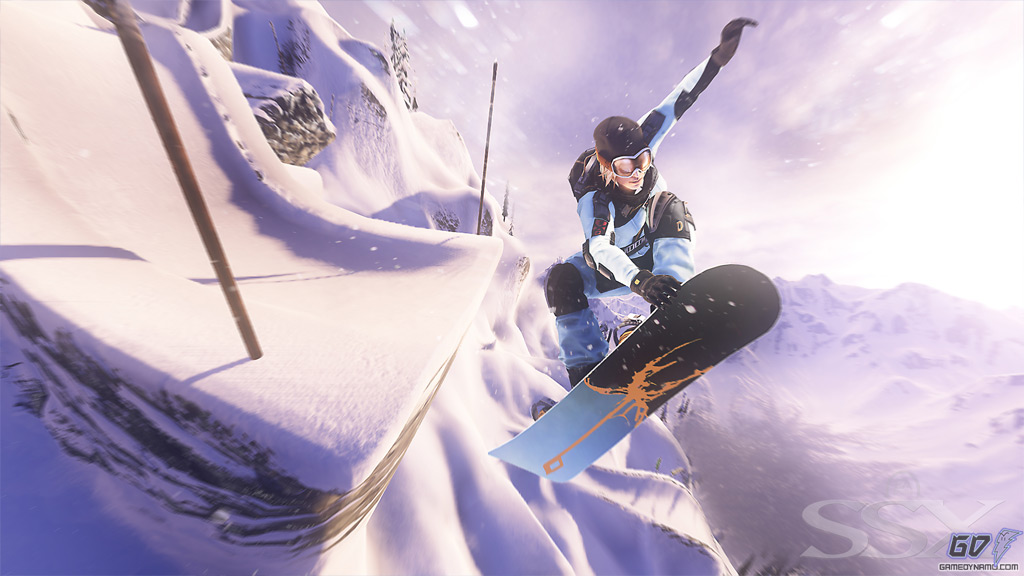 Assuming you’ve never played an SSX game, I doubt any of these things will bother you, since the rest of the game is fantastic. The snowboards handle perfectly, thanks to some slick “flick-it” controls that last made an appearance in Skate 3. Despite my complaints, I also found the “who can get the high score” multiplayer to be incredibly addictive and the course design to be excellent (aside from the many chasms). I can’t complain too much though, since those bottomless crevasses can be avoided using the rewind feature, which allows you to correct mistakes at the expense of your overall score and time.

It may not be traditional SSX, but most of these new features fit in perfectly. Granted, I had to accept that this wasn’t the SSX I used to play, and that’s okay. This is a more extreme, competitive SSX. To some degree, it almost reminds me of the way some Facebook games work. Constantly trying to better your friend’s score, it reels you in and doesn’t let go.

There are a few things that I didn’t care for, but most of them boil down to personal preference or minor glitches. For example, I found the collectible nature of the gear and clothes to be unnecessary. Only four pieces of clothing, snowboards, and gear are available at a time in the store, so unless I dumped money into buying things I didn’t want to make the things I did want appear, I had to wait to find the right snowboard. I also encountered some problems with getting stuck in corners and walls, which is frustrating, but not game breaking. 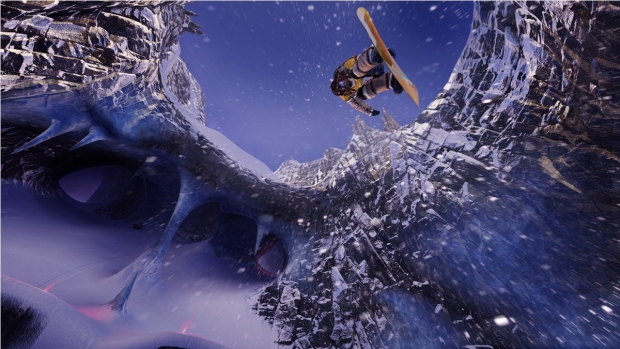 Unfortunately, we’ve come to the point in the review where I need to list all the moral problems I found in the title. Not surprisingly, since this is an E-rated game, the list is short, and my job is far easier than usual. Aside from a quick shot of a woman in a bikini, the main problem was some sports related violence and a few less than clean musical tracks. Since there are options to remove songs from the playlist though, I can’t complain.

Whenever I look at this game, I can’t help but think, “HD reboot”. It’s nearly everything I could have hoped for. Tricking is smooth, the mountains are absolutely amazing, and the wingsuit is a brilliant addition, but at the same time, it doesn’t feel like the series I fell in love with. SSX isn’t a bad game by any means, and I definitely recommend fans of the extreme sports genre pick it up, but it goes the way of so many other rebooted series. It’s a good game, but it’s not the same SSX.