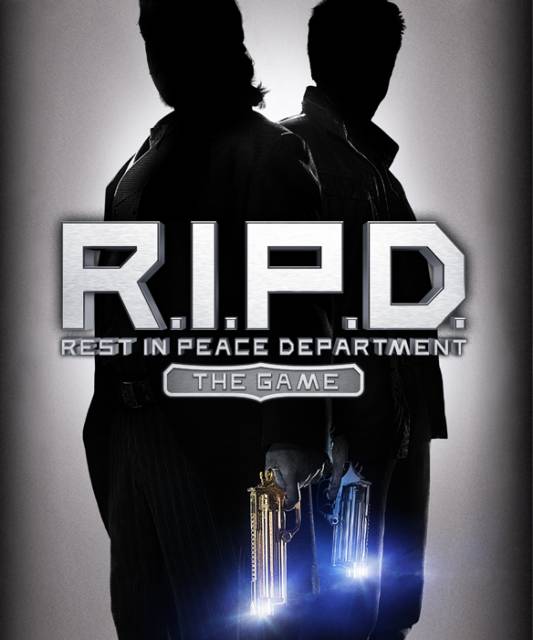 I haven't seen the movie R.I.P.D, but the game carries over the same story about two afterworld officers who dispatch destructive souls that refuse to peacefully move to the other side.   Unfortunately the movie didn't fare so well and this game follows in its footsteps.

The first disappointment was finding out that it's a multiplayer-only game.  There is no single-player campaign or much of a story to speak of.  You can set up a custom match and play by yourself but an option for a bot to play as your partner would have been a nice feature.  I have tried to find someone to play along with online, but have been unsuccessful. 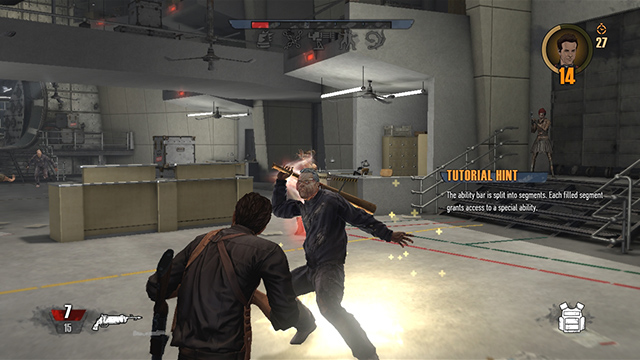 If you do manage to find someone to play with, you can make bets to outlive or take down more enemies than them.  With your winnings you can upgrade your guns or buy accessories.  Some of the accessories offer nice perks like a neck guard to withstand enemy close encounters or faster healing when you kill a foe.  We've all heard of friendly fire, but this game takes it literally by offering the ability to heal your partner by shooting them.

I like how the game classifies the difficulty levels as mild, hot and spicy.  There are a handful of levels that are inspired by the movie and there is only one objective for all of them, survive the waves of dead-o's (spiritual zombies) until you can arrest or kill the end boss.  Most multiplayer games offer multiple game modes; no such luck with this title.

While the enemies don't vary a whole lot in their appearance, their tactics are commendable.  Some heal their allies while others use acrobatics to dodge your attacks.  You'll encounter dead-o's with pistols, rifles and chain guns. Thankfully the chaingun is yours to use after taking them down.  The most annoying enemies are the ones who use car doors as a shield even when there are no visible cars to take them from. 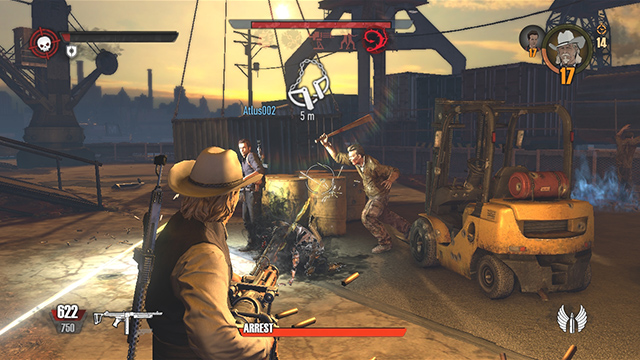 The audio department is a bit underwhelming. Other than the game's intro laced with swearing, there is hardly any voice acting. The background music isn't anything special but I do like how all of the sounds get slower when your character is dying.   On a positive note, the guns sound like they should.

With guns come violence and there is plenty of it in R.I.P.D.  You can dispatch your enemies by gunfire, grenades, or by impaling them.  Instead of leaving a bloody mess, when an enemy is defeated they tend to go up in smoke.  There still is some blood though.  Some of the dead-o's are female and both genders have torn up clothes.  Given how ugly they are, I doubt people will find them sexually desirable.

Even though this game is rated Teen, I can't really recommend it for anyone.  The price is ten dollars, but there are better games out there within that price range.  If you do get it, good luck finding another person to play with.