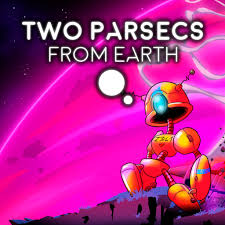 Thanks to Ratalaika Games for the review code.

Two Parsecs From Earth begins with an interesting cutscene that introduces us to its protagonist- the robot Z3-L1. As the game opens, we are treated to the storyline of Z3-L1 being sent to Earth to complete its mission but a delay comes up. Apparently, Z3-L1 has collided with a black hole merely ‘two parsecs from Earth’ and his ship has exploded. Thankfully, he has survived the explosion and is looking for a means to repair his ship so he can return to his mission. It is your job as the player to help Z3-L1 do exactly this.

The goal of 2 Parsecs is both to collect the three batteries needed to power his ship and to collect everything that used to be in the ship. Simple right? If only simple also meant easy... 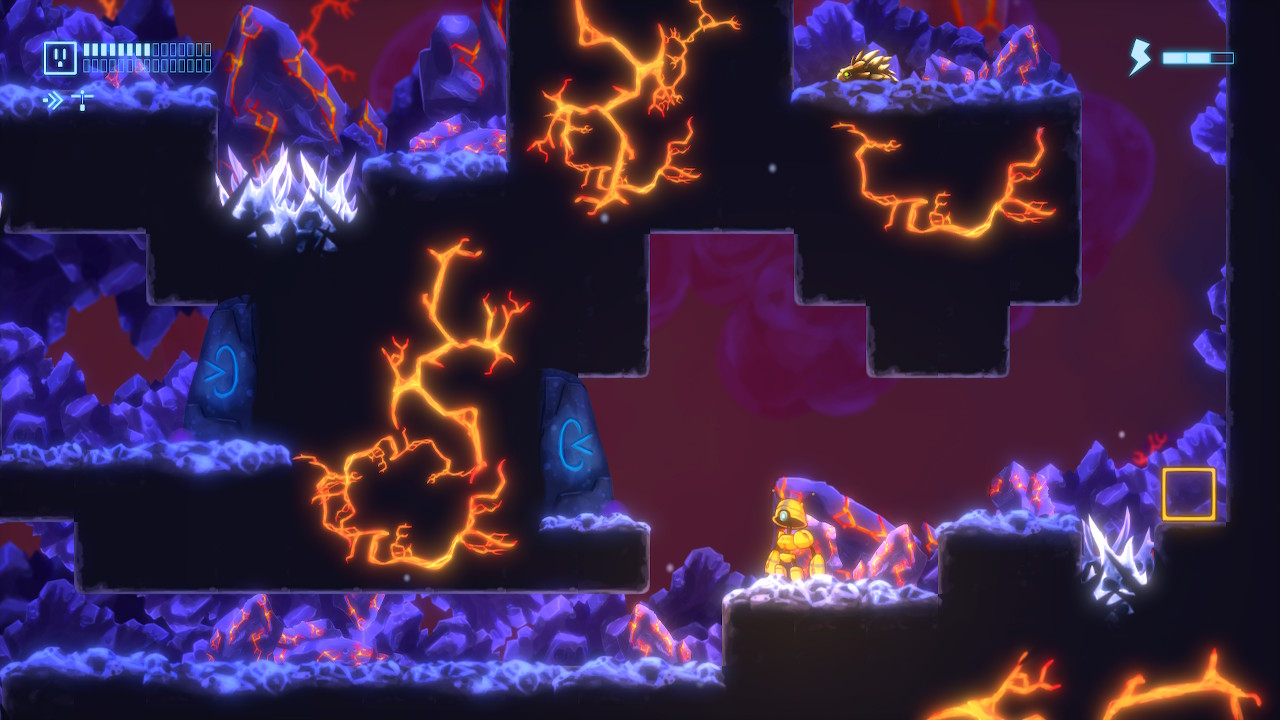 The first level has not only Z3-L1’s ship being shattered, but his leg broken, making it impossible for him to jump. So, how do you get off the ledge you landed on? Well… Z3-L1 is an entertaining guide as he reminds you repeatedly that he doesn’t jump and explains how the controls work, making condescending remarks in the meantime. For example, in explaining how to move him, he says ‘Great! You figured out how to move me on your own. Now, the rest is in the Pause Menu, assuming you know how to pause a game.’ There is a trope called ‘break the fourth wall’ and Two Parsecs does this well with the character of Z3-L1, repeatedly speaking to you, the player in the process. There’s even a scene where he finds a ship and jokes ‘is the game already over then?’

The game is very hard. You start it without the use of your leg, which makes navigation of each level quite difficult until you regain the ability to jump. You can still move your character and as the game progresses you are able to have another character fix the robot's leg. The first thing you are able to do despite the leg being broken is walk up and down various ladders that allow you to navigate the levels and this continues until you are able to find this second character. If you do try to jump before you receive the ability, the robot will remind you that he can't jump yet. Also finding the jump ability requires you to choose between jumping and dashing and to get one requires you to give up use of the other. This is a choice that adds to the difficulty of the game even more as there are large pits you need to dash over so you have to choose between these two items.

Almost everything wants you dead- the spikes can kill you, you can fall down holes, and the animals on the planet can kill you by running into them just once. You have no life bar- this is a one hit and you are killed game. To add insult to injury, after you are killed a certain amount of times, the robot insults you and says to the effect "what are you going to do later in this game?" 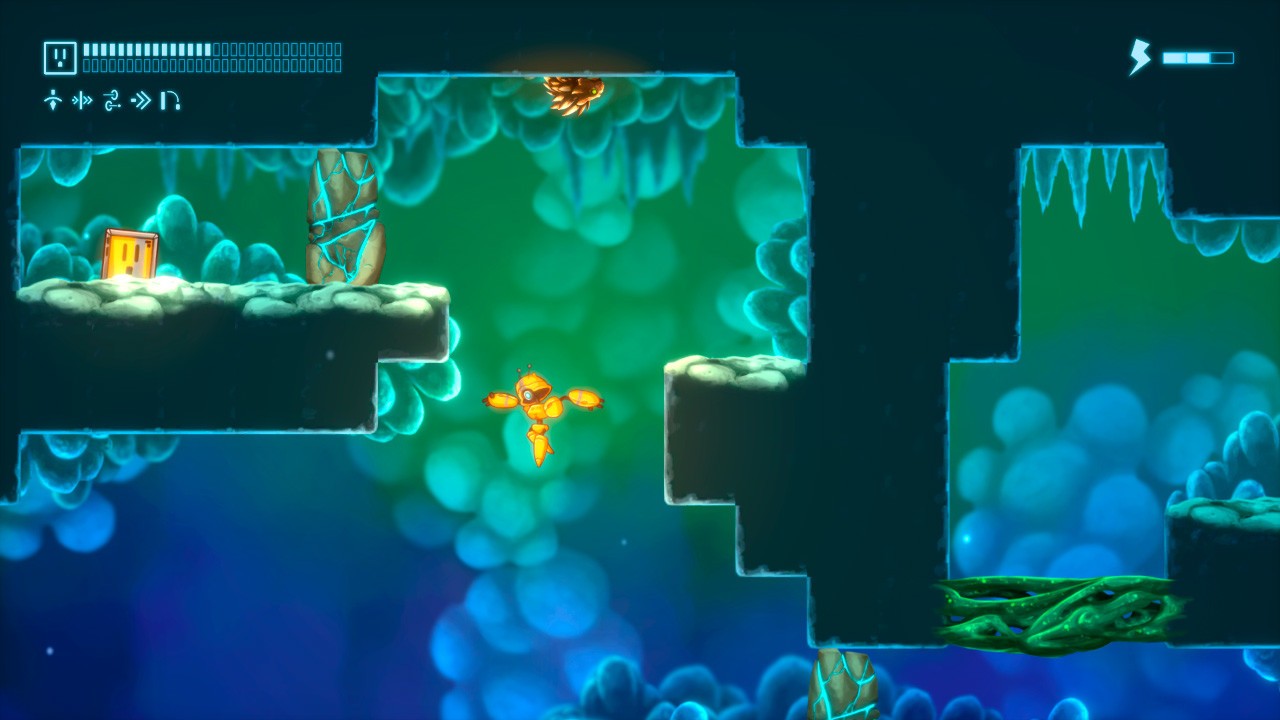 The sound effects and soundtrack are enjoyable, but are pretty stereotypical to what you would expect from a sci-fi game involving robots, aliens and ET planets. The background noises are very ethereal and resemble the sound effects an old sci-fi movie that let you know flying saucers are approaching. As Z3-L1 talks and the text flashes across the screen, it sounds like an old typewriter or DOS computer. But as for a musical score? There is no real music to speak of, so I can’t rate it with regards to something that is nonexistent in Two Parsecs.

The backgrounds are excellent and truly give a feel that you are in another world. The first level is pretty, with a lot of caves and crystals and a purple background with stalactitites. The goal of each level, regardless of background, is to collect the things needed to repair the ship- often 32 batteries to gain the access needed to repair the ship and go to the next level. As you play, there is a counter in the top left corner that lets you know how many remaining battery parts you have left to find.

As for moral concerns, I don't really see any in this game. I did have to deduct some points for animated violence as when Z3 dies, his body collapses into multiple pieces. But there is no blood or gore. Z3 is a bit condescending, but he does not swear- the worst he says is 'darn.' There's no sexual content at all. I deducted a point and a half for occult/supernatural to be on the safe side as it takes place in a science fiction environment. I don't even see anything scary in the game that would frighten even very young children- but it would frustrate very young gamers due to the difficulty.

What is my final verdict? From a gameplay perspective, it is very hard and frustrating even for an adult. I cannot imagine most children having the patience to deal with multiple deaths or to try to figure out ways to cross gigantic gaps with spikes. The sound effects and graphics are wonderful, and it's not a bad game morally. But it is hard, and virtually impossible to beat without a walkthrough.