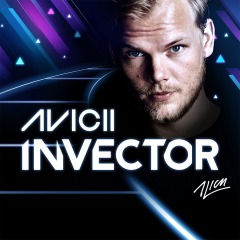 Thank you Wired Productions for sending us a review code!

We reviewed and enjoyed Avicii Invector on PC and the stripped down mobile game, Beat Legend: Avicii. The love and care that went into these games since Tim Bergling’s passing in 2018 is apparent. Fans of his music can enjoy ten additional tracks in the encore edition bringing the grand total to 35. The $29.99 asking price is reasonable and saves a couple of dollars from buying the two DLCs (Magma Track Pack and Tim Track pack) separately.

The gameplay and story remain the same. However, you can play the new tracks without completing the main story. The token story is an interesting one with a spunky ship captain who is aimlessly travelling space while avoiding returning to her home planet. It’s just her and her spaceship which breaks down often. As you unlock new areas, you’ll get to view cutscenes and learn more about her. In one cutscene she gets upset and draws a middle finger on a planet's surface.

Visually, everything is the same as the PC version. I'm happy to report that this game ran smoothly on the Switch with no noticeable slowdowns. Being able to play this game on the go is nice.

On the Easy difficulty you just need to use the left, Y, and B buttons. As you increase the difficulty, you’ll have to use more buttons. The left shoulder button will have to get pressed or held down as you go through glowing triangles. You’ll also have to rotate the triangles so your ship is lined up with the green (Y button), and yellow (B button) color ramps. You need to press the matching button as your ship lines up with it.

As you progress in the level, you may unlock the ability to boost. As you can expect, it’s much faster and you’re still accountable for hitting each color-coded ramp, triangle and respective rotations. There are also some free flying modes where you have to avoid obstacles and try to steer your ship through several circular gates. 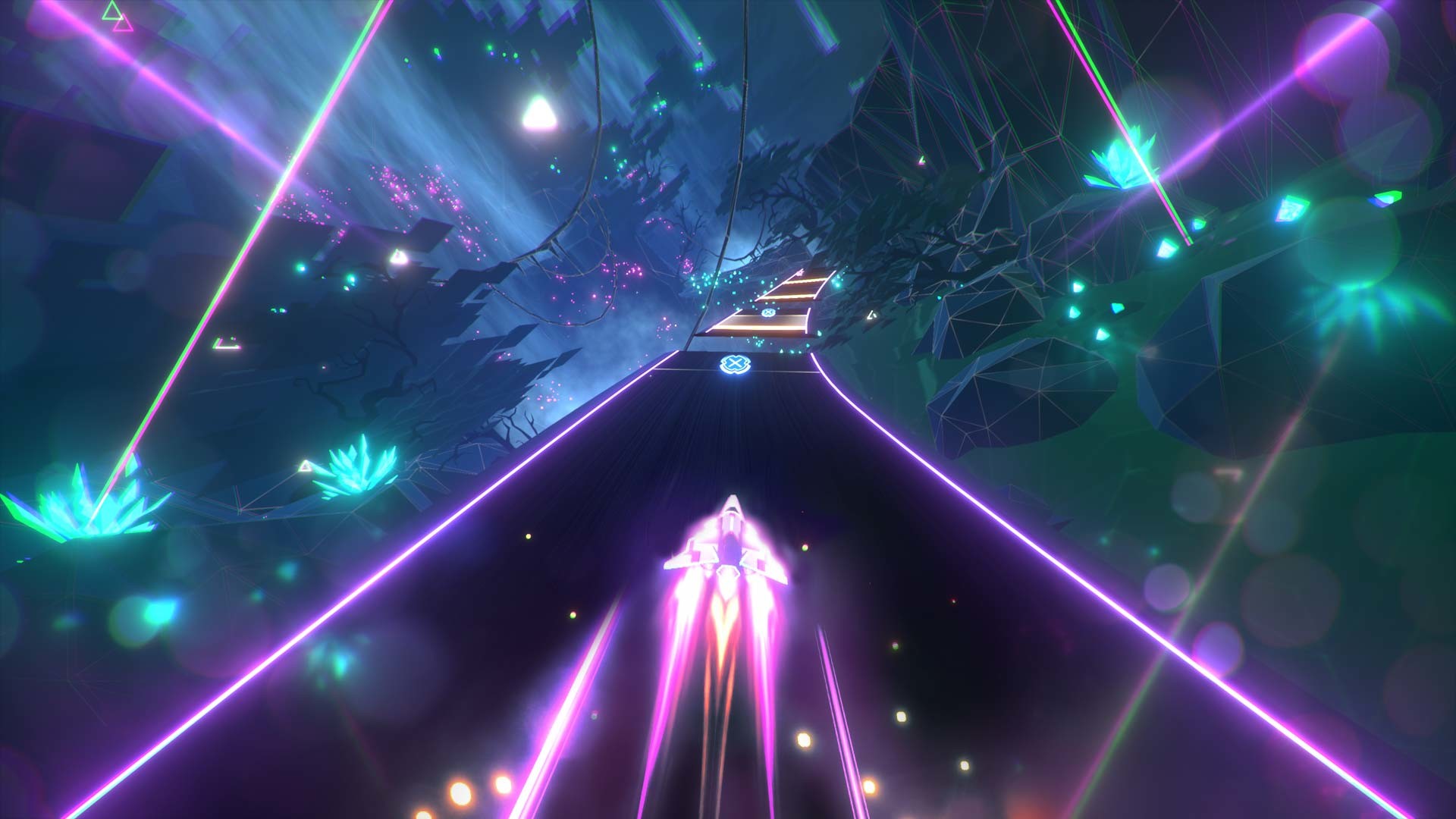 Depending on your accuracy, you’ll be rated with perfect, great, good, or miss. Combo streaks and perfect accuracy ratings will net you more points. In order to advance to the next area you have to get a 75% or better on all of the songs in the current section. The letter grade scoring seems to be based on the overall score rather than the level completion percentage. I had a level completion rate in the 90s and received a B score and another in the high 80s and earned an A. That’s pretty much my only nitpick with this title from a gameplay perspective. I managed to get one S+ on my play through but the majority of my songs were graded as A’s or B’s.

Morally speaking there are some issues worth noting. One of the more catchy songs, Without You has the f-bomb in it. Thankfully, the lyrics are not displayed and it is muted out. The songs SOS and Lonely Together reference drugs, drinking, and hooking up. Blaspheming occurs too.

If you don’t mind those moral concerns, there’s a lot of fun to be had in Avicii Invector Encore Edition. The four difficulty levels are bound to keep you busy for a while. Local multiplayer is also available and supports up to four players via split screen.