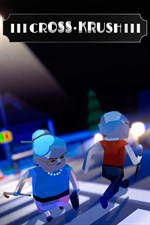 In CrossKrush you get to play as Henry or Florence who have been happily married for many years. They are an elderly couple who enjoy music and dancing. Things were peaceful until a busy highway was constructed in front of their home. Instead of taking it up with the city council they decided to take matters into their own hands by blowing up the cars or damaging them with their canes. The only vehicles that are safe around them are ambulances.

CrossKrush is an arcade puzzle game. Each wave of cars has a recommended number of explosives you can place that will award you with bonus points if you destroy all of the cars before that limit is reached. It’s more of a recommendation as you’re able to place more bombs if necessary without much of a penalty. Destroying ambulances is not heavily punished either and you lose 100 points for each one you blow up on accident.

Cars that make it past the crosswalk subtract points as well instead of giving you a “Game Over” screen. The only way to lose would be to have your health depleted by taking too much damage from cars running your character over. If you die, you have the option of restarting from the last wave instead of the whole chapter, so that’s nice. Sometimes a vehicle will have a power-up on top of it. The three power-ups include a giant mode, a laser beam that can take out a whole column (my favorite), and some health replenishment. Exploding or hitting a car with your cane will knock down the power-up.

I like how every one of the ten chapters has a title inspired by a popular song like “Do you really want to hurt me”. Each of the chapters has ten waves so in total, there are one hundred levels. Completing the game on a normal run only took an hour. There are harder difficulty levels that leave permanent damage on the roads for an added challenge. You can also replay the levels to improve upon your score. The local multiplayer is a nice offering as well where you can play cooperatively or competitively.

There’s not a whole lot of level variety other than the time of day/night and the amount of cars in each wave. The important cars are color coded while the rest of them are black. Blown up white cars will leave a detonation square that allows you to take out multiple cars at once. Red TNT cars will take out nearby cars upon its demise. Ambulances are yellow and move quickly when freed so stay out of their way! 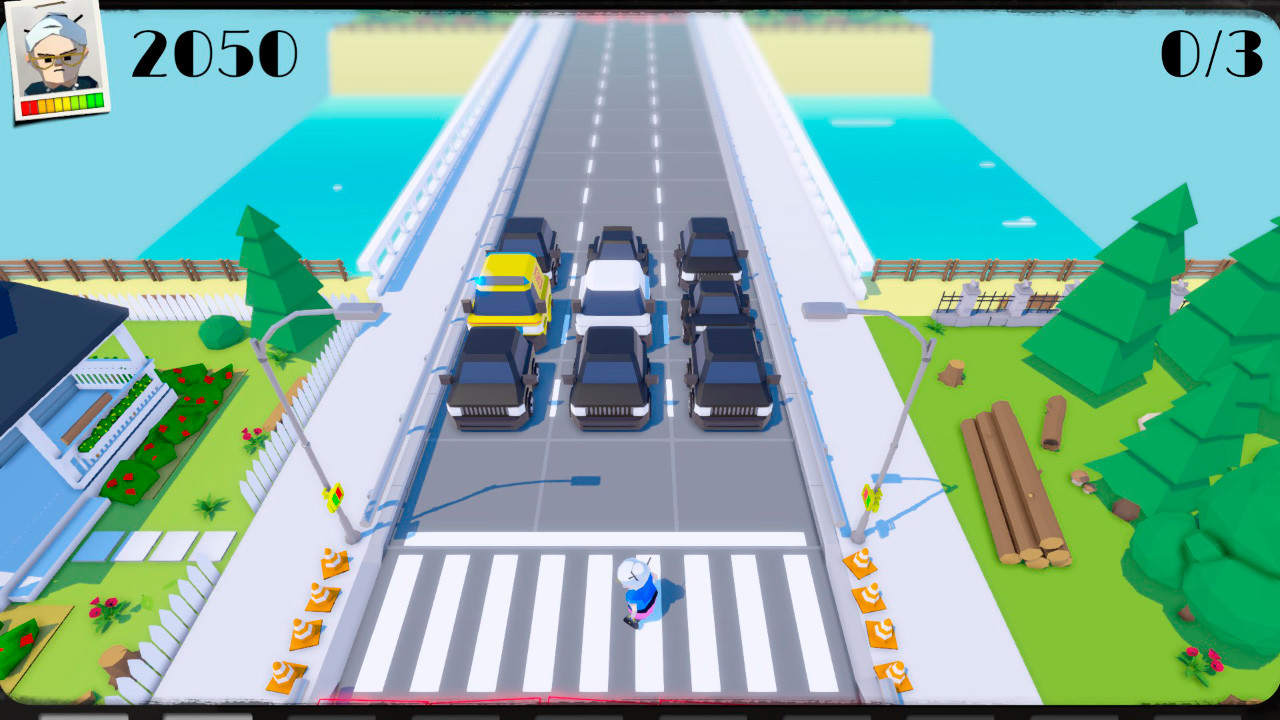 The 3D visuals are simple, but functional. They’re not incredibly detailed, but it helps this game run well on the Switch. There’s only a handful of vehicle types so there’s not a whole lot of variety.

The jazzy background music is peppy and fitting for this title. The cars don’t make much noise when exploding, but you can hear the character laughing at their demise. There are some other sound effects like honking, and the laser beam, but the background music takes center stage in this title.

Other than blowing up cars, this game is pretty tame. There is no blood or carnage, even when the main character is run over and dragged across the highway.

Overall, CrossKrush is silly and will keep you entertained for a short amount of time. The asking price is $4.99 which is fair. I’d wait for a sale if you’re on the fence about picking up this quirky title.