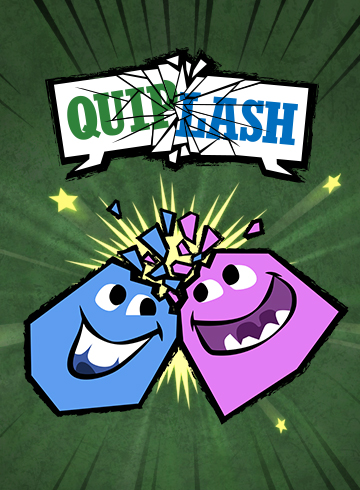 Thank you Jackbox Games for sending us a review code!

The Jackbox Party Packs are typically $25, but if you only want Quiplash, it’s now available by itself for $9.99. I have seen it on sale for PC for $4.99, which is a good price. Quiplash is a great game for Twitch streams and supports up to 10,000 audience members who can vote on their favorite replies.

To play this game you require between three and eight players. Participants will need to have access to an internet-connected device to log onto the jackbox.tv website and enter in the unique game room code. The host will provide a couple of prompts for the players to submit responses to. Points are awarded to the player whose response receives the most votes. 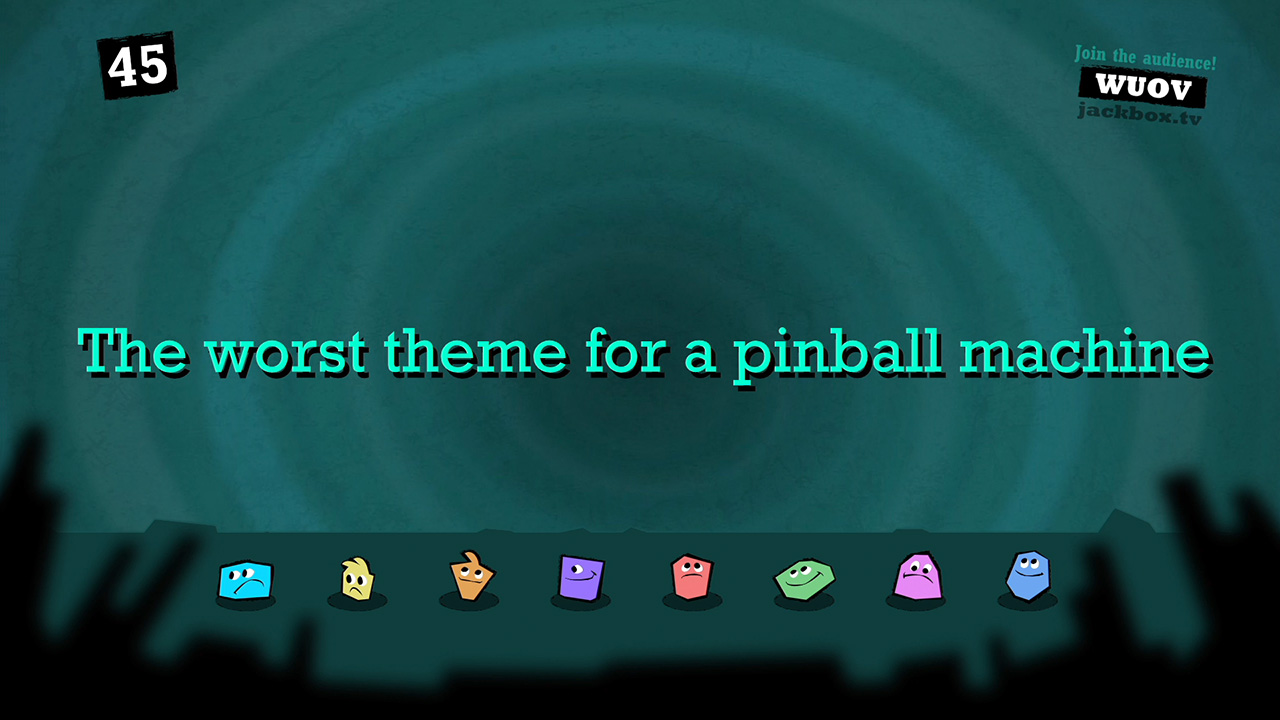 When we visited my mom and her husband during the summer, we enjoyed a few rounds of this game. One of the prompts was “Bad name for a toy store” and the winning response was “Build-A-Bomb”. Another example prompt was “Smack talk for a chess game” and the winner’s reply was “You’re cheating and your wife is too!” Even if you have a family-filter enabled, some curse words may be shown if you’re playing with foul-mouthed players. The game also has a menu option to enable longer response timers if needed.

Quiplash is divided into three rounds where the points increase in each one. The first round awards the winner with two hundred and fifty points per vote. The second round doubles the points to five hundred. The final round awards seven hundred and fifty points per vote making it anyone’s game. As an added twist, the final round has everyone competing on the same prompt. 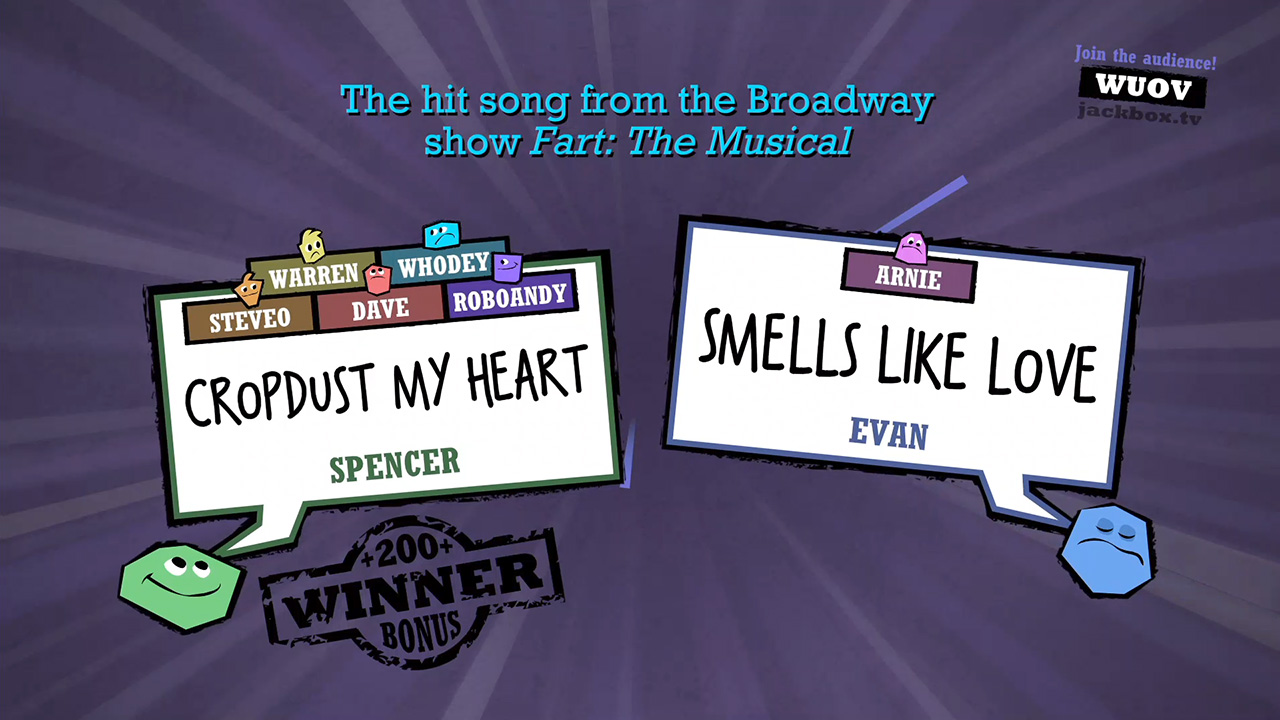 Most of the Jackbox mini-games are best enjoyed in the same room. Quiplash is no exception. However, Quiplash has been the most played and enjoyed on our Twitch stream. Thankfully, it has been family-friendly too since we have polite and presumably Christian participants!

Without the family-friendly filter enabled, you can expect to come across some mild language and risqué prompts. As a general rule of thumb, it’s worth enabling that feature from the get-go to avoid any embarrassment. Once enabled, the family-friendly setting will stay enabled until de-activated.

If you want to save a few bucks and get one of the better Jackbox mini-games out there, Quiplash is worth picking up. Since the second Jackbox Party Pack has other great mini-games like Earwax, I highly recommend buying the entire bundle. I have seen it on sale for $12.49 or less.