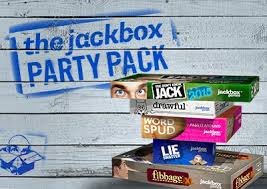 Thank you Jackbox Games for sending us this title to review!

Jackbox Party Pack was originally released in 2014 on computer, PS4, and on the Xbox One. The portability of the Switch and low graphics requirements for this title make it a perfect match and a great tool to liven up any party. As long as you have Internet to access jackbox.tv’s website, anyone with a laptop, tablet, or cell phone can join in on these five wacky games.

Here’s a breakdown of the games included in this bundle:

You Don’t Know Jack 2015 – I used to play this sassy trivia game back in the '90s and loved it. The questions are pretty current and many of them are rather humorous. Some of them have sexual innuendos though. Up to four players can join in to see who is the smartest. This game can be played solo as well. 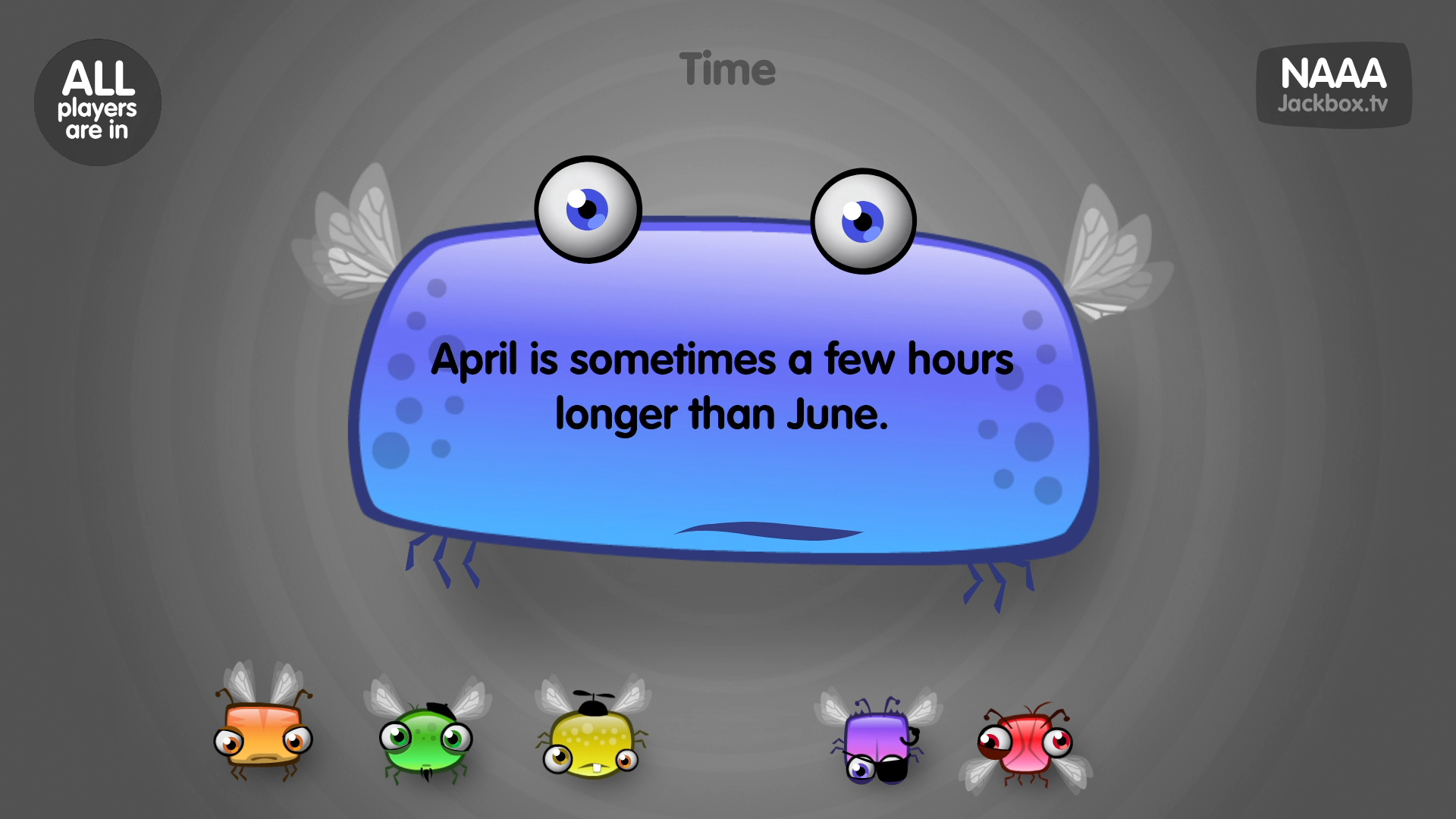 Fibbage XL – This fill in the blank game requires you to submit your false answer in hopes of having your friends mistake it for the correct one. Of course they’ll be hoping that you choose their responses too! This game needs at least two players and supports up to eight.

Lie Swatter – This game has three rounds of seven statements that need be categorized as true or false. Up to one hundred people can join in on this game online. Alternatively, you can play this one by yourself.

Drawful – Artists will have an advantage in this game, but the bad drawings are what make it funny. In this game, everyone is given a topic that they’ll have to illustrate. Once completed, the players will be shown the picture and will have to guess the topic and then vote on which one they believe is the correct one. There are two rounds and the game length depends on how many players there are. The minimum is three and the maximum amount of players is eight. 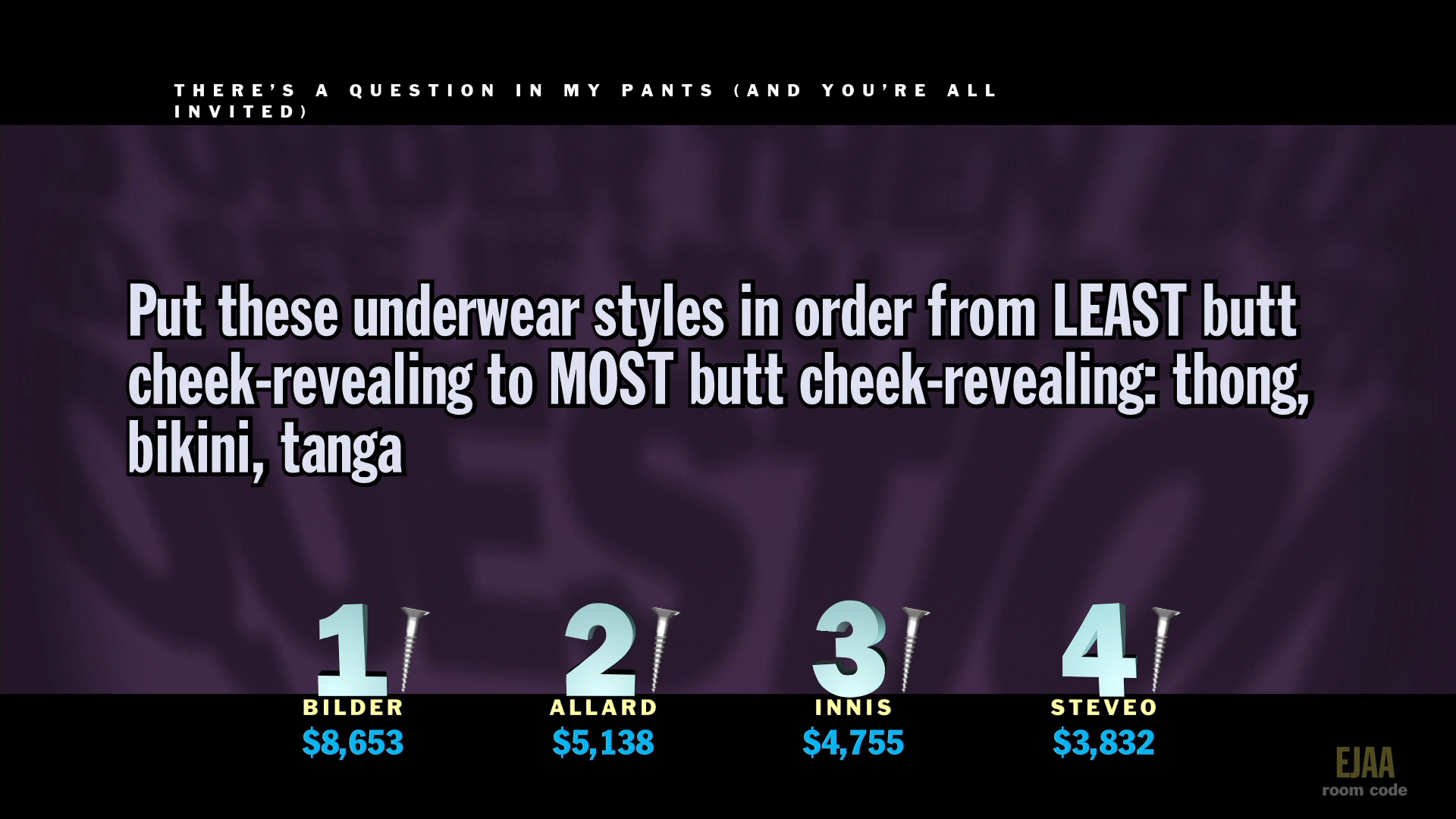 Word Spud – Your goal in this game is to finish words and have the players vote on your suggestions. The next round will use your word as a starting point. This game may turn racy if you’re playing with a dirty minded crowd. Two people are needed to get this game started and the cap is at eight.

Between Party Pack and Party Pack 2, I think my kids still prefer the sequel because of the Ear Wax game. I’ll also give the nod to the sequel since it has a family friendly content filter in place. In this game we heard a fair amount of language including words like h*ll, *ss, d*mn, and b*stard. The silly bodily noises throughout the game got some chuckles out of my kids. What child won’t laugh at a burp or farting noise? Some of the questions go below the belt and out of my comfort range with young ears and eyes nearby.

If you don’t mind the teen humor, Jackbox Party Pack on the Switch is a great way to liven up any party. The asking price is a reasonable $24.99 which comes to $5 per mini game. I wouldn’t mind the option to purchase them separately as I really wasn’t a fan of Word Spud. My family did enjoy the others though with our favorite being Fibbage XL.