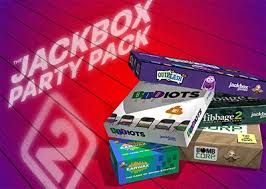 We originally reviewed Jackbox Party Pack 2 on Xbox One in 2015. With the release of Nintendo’s Switch which specializes in party games, it’s only natural that the Jackbox Party Packs get ported over to it. The visuals are not too intensive in this title and it relies on online phones, tablets or computers to play it. Surprisingly, in order to navigate the menus you need both joy-cons or the pro controller.

Not much else has changed other than the newfound portability on the Switch. Bringing this game over to other people’s houses is totally possible as long as everyone has a device that can access the internet. Performance wise it ran really well with minimal drop-offs like we experienced previously while playing it on the Xbox One. 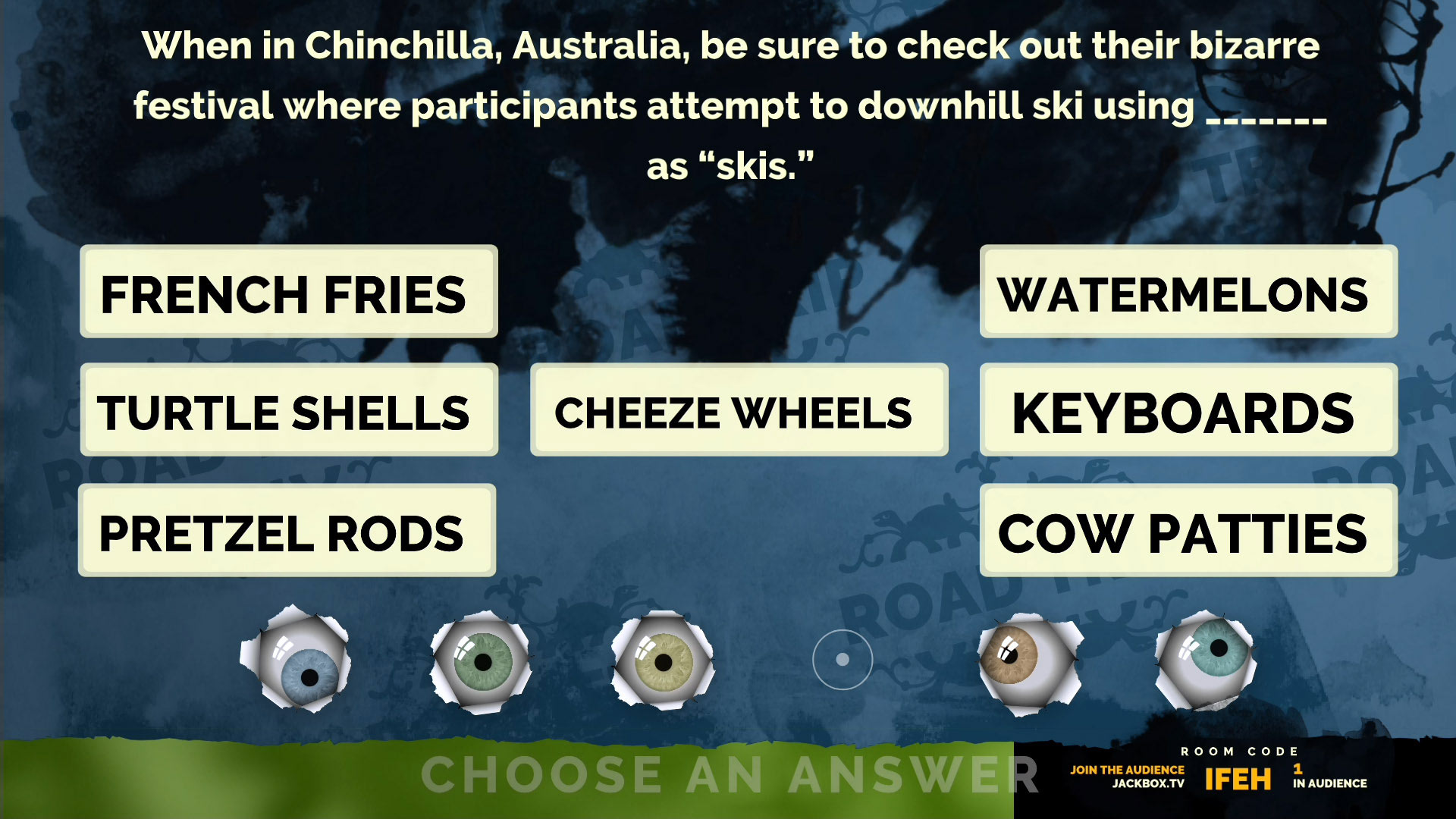 Strong Points: Fun collection of games that are bound to make everyone laugh
Weak Points: Laptops or mobile devices necessary to play; online connection for all devices required; you need both joy-cons or the pro controller to navigate the menus
Moral Warnings: Lots of potty humor and some sexual themes (which can be disabled)

If you’re new to the series, here’s a breakdown of the games from the most liked to our least favorite:

Earwax – This game is by far our favorite. At least three players need to be present and up to eight can join in. A judge is randomly picked per round and the judge chooses the topic or prompt for the players to base their sound effects on. The players will anonymously submit their two sound effects from their limited selection and all players can vote on their favorite combination. A point is awarded to the player that submitted the judge’s favorite sound effects. The first player to reach three points, wins.

Fibbage 2 – Your goal in this game is to fool players into believing your lie and you vote on the answer that you believe is the truth. Fooling your friends is worth half of the points of picking the true answer. If you’re not good at coming up with a lie to fill in the blank, you can have the console lie for you and get half the points as you normally would. If you have played the original Fibbage, there are five hundred new questions in this version! Between two and eight players can enjoy this game.

Quiplash – Come up with the best fill-in-the-blank answer and get it voted on by everyone to score points. The player with the highest percentage of votes, wins. Three to eight players are needed for this game. 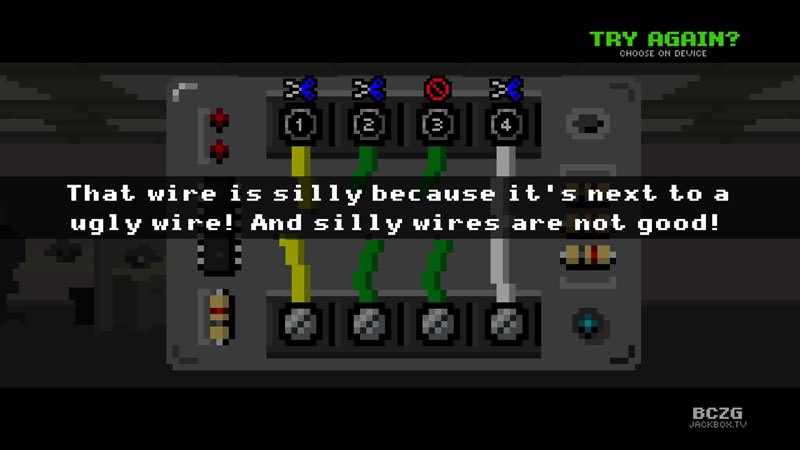 Bomb Corp – Up to four players are required to work together and defuse bombs by sharing clues and cutting the proper wires. One mistake and it’s game over. How long can you survive?

Bidiots – Up to six players draw two pieces of themed artwork for everyone to bid on. Each player has a clue to what some of the artwork is worth. The artist will get half of the sale amount and can use that money to buy more artwork to hopefully sell at a profit. If a bidder runs out of money they can borrow from Predatory Loans which has some funny jingles worth paying attention to.

If you don’t mind potty humor, Jackbox Party Pack 2 is bound to bring out some laughs. The portability of the Switch is great and makes this the definitive version in my opinion. Before letting kids play this game, make sure to enable the family friendly filter.