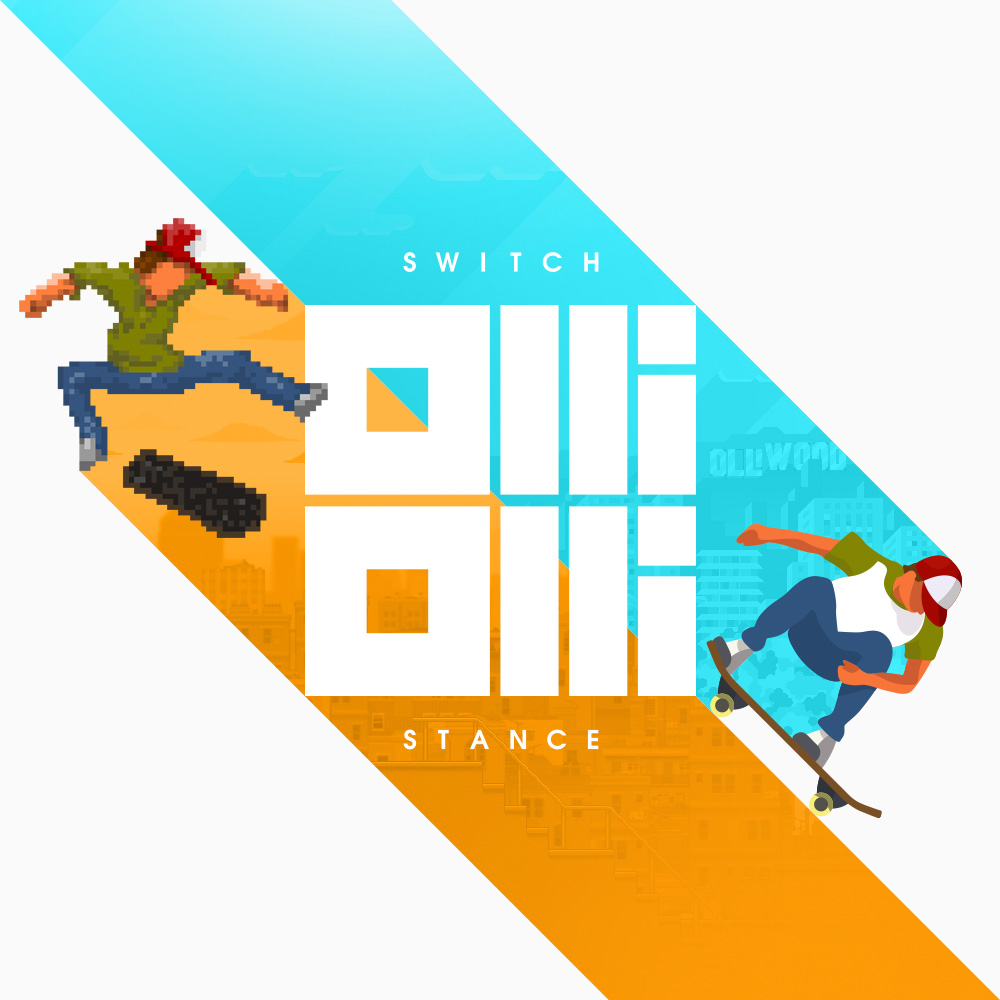 Thank you Good Shepherd Entertainment for sending us this game to review!

OlliOlli: Switch Stance is a skateboarding game that has two different versions: the original OlliOlli, and the sequel: which is called OlliOlli: Welcome to Olliwood. OlliOlli is more pixelated than the sequel, but it is still fun. The other one is great too; it looks really good and has more to it. While they both are from the same series, they are much different.

OlliOlli is a side scrolling skating game where you use a controller to do flips, go fast and avoid obstacles. All you need to do to complete a level is to get to the end. Doing this is not as easy as it sounds. The player will have to do jumps, grinds, and tricks to do this. There will be lots of things that try to prevent you from finishing, like stairs(stairs make you fall off of your skateboard), trash cans(you might want to jump over those), and traffic cones(you should dodge those too). You can use the joystick to grind on rails to get amazing combos, do tricks, and more. 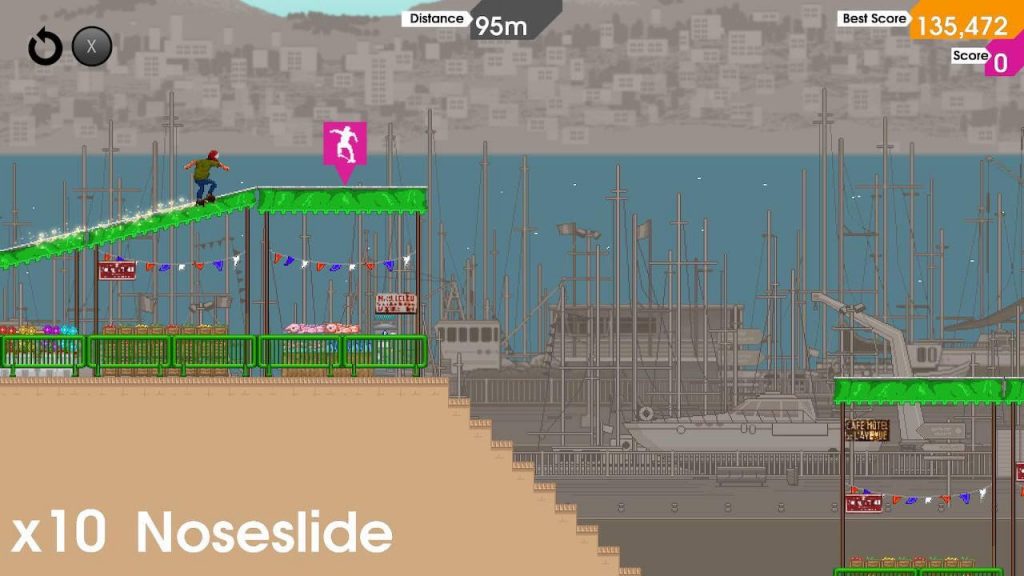 There are 5 different areas that you can skate in, and they all have something unique about them. They all have their own map, and the obstacles are all different.

This version of OlliOlli has very pixelated graphics, but they are not bad. It is still easy to tell what is happening.

There is decent music, and the music fits the game. There are a couple of different tracks, and which song that plays depends on the level.

OlliOlli is not violent at all, besides when you fall over. When your character falls off their skateboard, they start tumbling and rolling. Other than that, it's is fine, so I think anyone should play it. 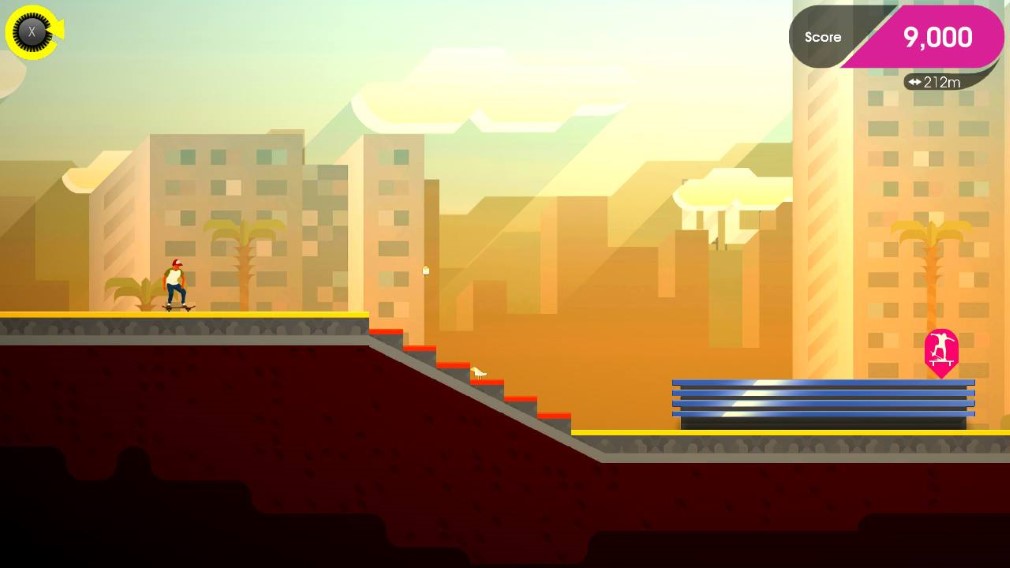 This is also a skating game which is the sequel to OlliOlli. This version is very similar to the first, and it has different music, better graphics, different maps, and some new features. The new features include manual, water traps, fire traps, and lava traps. Manual is a new way to keep your combo going when you touch the ground, giving you the ability to rack up massive combos that you would never be able to achieve in the first OlliOlli game. Water traps are a new obstacle that you need to get over. They are just pools of water where you sink if you land in them. There are also lava traps which do the same thing. Fire traps just kill you if you roll into them.

There are 5 different locations that you can go to skate, but you have to unlock them first. You can skate in Olliwood, at a temple, in the wild west, in a destroyed carnival, and in the future. They all are fun, but also difficult.

There's pretty good music, and it is very fitting. There are multiple songs that play, and they all sound good and fit the levels.

The graphics are a lot better than the first game's graphics; they are so good that they look hand-drawn!

I only noticed one tiny bug. Here's what happened: I jumped over a water trap, but I landed on the edge. It played the drowning effect where I was, so it looked like I fell into the ground. Other than that one, OlliOlli 2 is completely bug-free (from what I can tell).

There is some violence that I do not like. There are things like bloody spikes, lava pits and fire that you die when you fall into them, which I don't like at all either. And on top of that, the destroyed carnival that you can skate at is called the Carnival of the Dead and it has lots of blood and dead bodies lying around.

I think both of these games are fun and enjoyable, but it takes skills to beat them. I think anyone who likes games that are always moving and difficult in a good way, then I think that OlliOlli is for them(it also comes with two versions of OlliOlli so it's kind of a win-win).