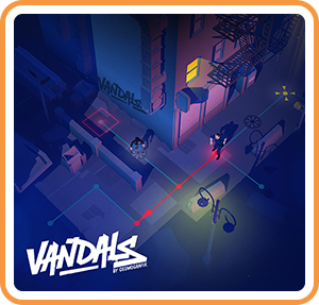 Thank you ARTE France for sending us a review code!

Unleash your inner delinquent with Vandals! A puzzle-stealth game created by the collaboration of Cosmografik, Ex Nihilo, Novelab, and ARTE France. The goal of the game is to sneak past cops to display your inner thoughts and feelings on buildings, while simultaneously evading capture.

What makes Vandals different from other puzzle and stealth games is that it is all turn-based. Every action requires a turn, even if you are the only person who moves that turn. The turns do matter as they determine if you earn a star or not in the level. Every level rewards you with up to three stars based on three specific actions: invisibility, bonus, and the number of turns. To earn the invisibility, you must not be seen by cops as there is a difference between being seen and being captured. All levels have a bonus that can be acquired, which accounts for one of the other stars. The last star obtained is rather self-explanatory—you must complete the level under or meeting the number of turns listed. There are many cases where two out of the three stars are easily obtained, but meeting all three requirements will typically exhaust you of all the turns you have.

Vandals utilizes a grid-based movement system. Throughout some levels, you can pick up empty glass bottles to use as a distraction. Cops are influenced by sound and will move towards the direction of that sound. Glass bottles do a great job of this as the breaking of glass has a wider area-of-effect, which can notify multiple cops. Whistling can also distract cops too which holds the advantage of being unlimited and the disadvantage of having limited range. Once you reach your designated spray area (which also uses up a turn) and make your colorful creation or use a pre-created spray using your profile name, you must reach the escape route. Be warned, as displaying your work of art has the largest range of all actions—in most cases, it will notify all cops within the area. 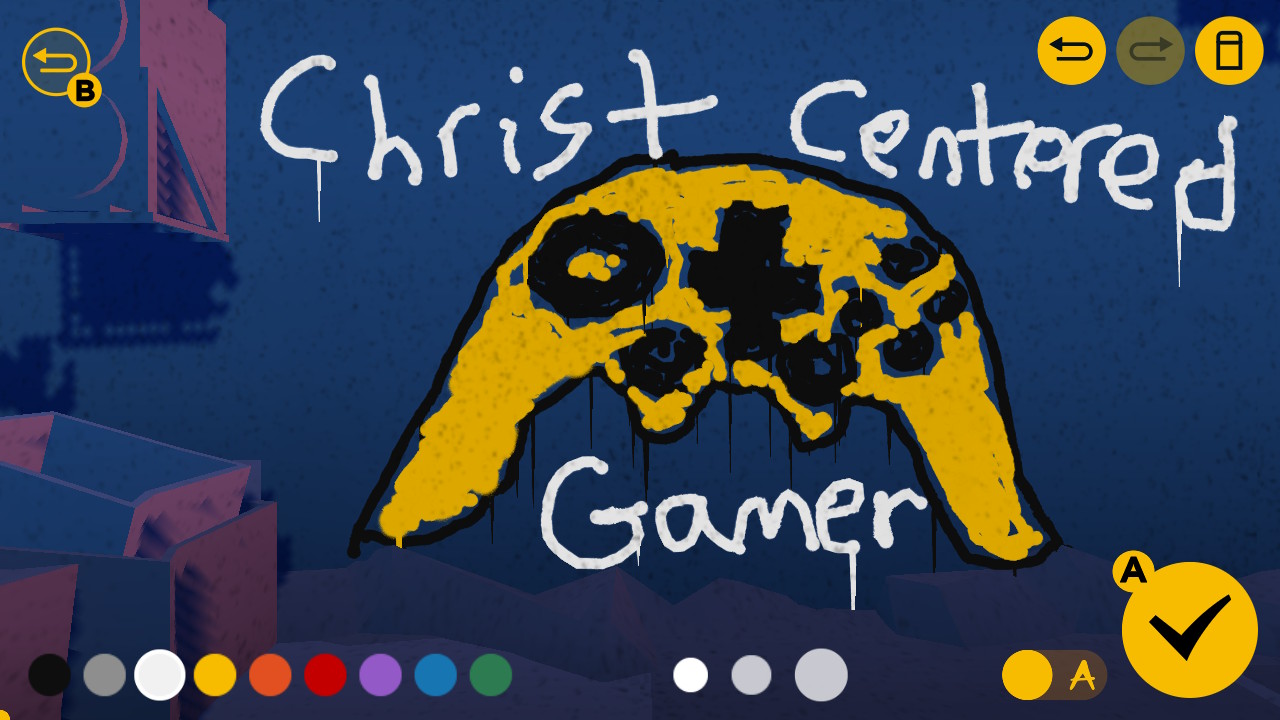 Strong Points: Nice blend of stealth and puzzle mechanics; showcases the history of graffiti
Weak Points: Tracking the progression of collectibles is unintuitive; the last city felt like they were running out of desperation
Moral Warnings: The act of vandalism via graffiti; some written descriptions indicate the usage of drugs by the artist, such as marijuana

There are five cities in total: Paris, New York, Berlin, São Paulo, and Tokyo. Each city has twelve levels with two of them only being unlocked after a certain star threshold (being twelve and thirty stars respectively). The cities introduce their specific gimmicks at a decent enough frequency to prevent the game from feeling repetitive. Some cops will be asleep on the job (tsk-tsk), others will have binoculars to have a long line of sight, and a few may even move around on their own. You’ll come across city-specific gimmicks like manholes, security cameras, and dogs. The graphics are of a nice cel-shaded look and the layouts of each city are distinct, but outside of Paris and New York, the other cities don’t feel or even look like their respective real-life counterparts. The fact that every cop no matter what city you are in speaks English (and the cops only speak one or two lines in total) feels like a missed opportunity for a game entry that heavily relies on a visual medium. Another missed opportunity was the way progression is tracked. The only indication that you have all the stars in a level is if it is highlighted by a white inner circle. It won’t tell you what stars you are missing until you choose the level.

The music and sound design are on the subtle side relying more on a passive and lo-fi sound direction to incorporate that relaxing nighttime feeling. The music does pick up in intensity whenever a cop spots you. The cities also use instruments created or are famously used in that specific country such as Berlin and Paris using the accordion, and New York using the saxophone. A nice job in terms of sound direction making you feel like you’re in that city.

Controlling your vandal is rather strange. Controls work most of the time although sometimes they do not. Being that this is the Switch version, there are three methods of controls: gyro controls, touchscreen, and buttons. With the traditional control stick and buttons, the right stick moves your character while the left stick controls your camera. Touchscreen controls are probably the best method as Vandals was created with touch controls in mind. The gyro controls are probably the worst out of the bunch as they tend to be the least responsive and you may find yourself re-syncing them often. 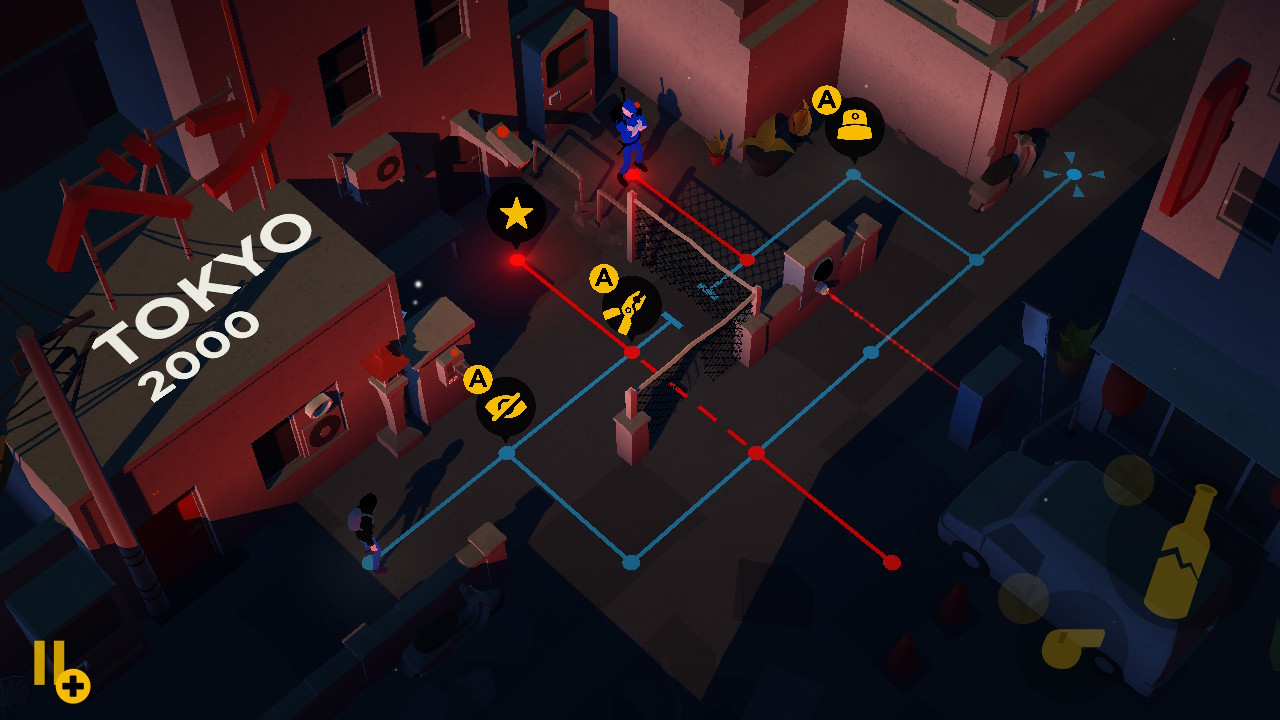 As I’m sure most of you know, the act of vandalism is a crime and that graffiti has a long history with it. Not all forms of graffiti are vandalism although graffiti throughout history has been used as an act of rebellion. People will want to express themselves and the more some kind of authority restricts the people from doing so, they will act out in ways deemed unsavory. Throughout most levels, there are Polaroid phones scattered throughout that showcase the history of graffiti and urban art. It was very interesting going through the history and learning about the graffiti culture and why they essentially caused crime to express themselves. For some, it was the only way they could. For others, it was using their anger to express a point of view. A lot of these artists are advocates of freedom of expression, so some of these descriptions do mention drug usage, like marijuana.

I was left pleasantly surprised by Vandals. Mechanics and characters were introduced at a good enough pace that the game failed to feel repetitive, even if it is very simplistic in the end. I also didn’t expect to learn about graffiti culture either. The two mentioned positives made me feel like beating the game, which took about four or so hours. Since I’m terrible at puzzle games, it’ll probably take the more experienced players less time than it took me. Progression tracking is done rather poorly which makes reaching 100% pretty tedious at times. Overall, Vandals is a nice entry into the puzzle and stealth genre with a reasonable price range.