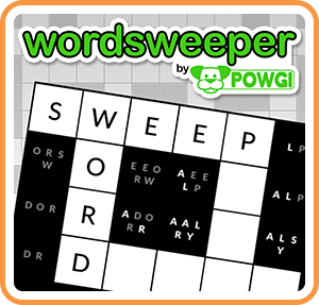 If you ran a version of Windows prior to Windows 8, chances are that you have stumbled onto the classic game, Minesweeper.  Windows Vista included an updated version, but the classic from the 90s holds a place in the hearts of many.  If you have yet to play Minesweeper, it’s freely available (with in-app purchases) on the Microsoft Store.  Your goal in Minesweeper is to locate and mark the deadly bombs by using number clues on nearby squares.  One wrong click and it’s game over.

Though Wordsweeper does not contain any bombs, it does have clues to which letters can complete words in the adjacent squares of the crossword puzzle.  If a selection is completely wrong it will highlight it in red to indicate that there is a conflict.  It won’t always correct you, so don’t rely on that.  There is a handy error checking feature that will let you know if you have gone astray and will even fix it for you if desired.
Highlights:

In total, there are one hundred and twenty puzzles to solve and they are available in four difficulties (beginner, easy, medium, and hard).  The time taken to solve the puzzles is recorded, but you can replay them to improve it.   After completing each puzzle, you’ll be subjected to a cheesy pun or a one liner joke.  My favorite is “The thief that stole my diary recently died. My thoughts are with their family.”

The length of the words vary and the three letter words are much easier to solve than the longer ones.  There is a hint option, but I haven’t found it very useful.   It just seems to highlight a random square.  When you begin a puzzle there’s a menu with a quick tutorial and button commands. 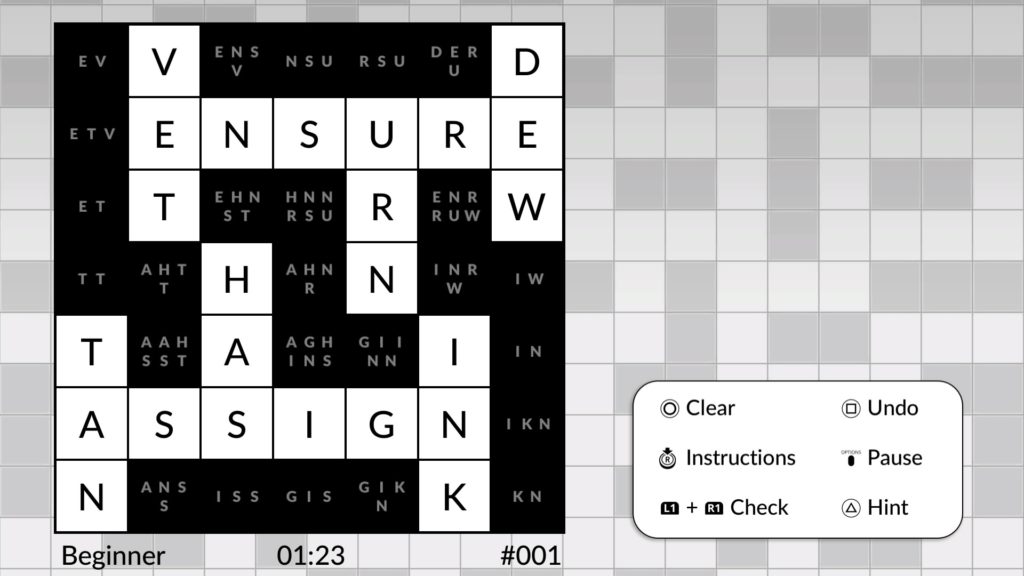 Visually, this game is pretty simple.  The interface is clean and intuitive.  The letters and words are easy to read and use, even on the Switch’s portable screen.

The upbeat background music will sound familiar to those who have played previous titles from Lightwood games.

Like other titles from this developer, this game is family-friendly and fun for puzzle-lovers of all ages.

Before arriving on the Switch and Playstation Network, Wordsweeper by POWGI was released on mobile platforms and is still available for iOS users for $2.99. The Google Play version seems to have disappeared.  It’s a shame that the mobile versions are much cheaper for the same amount of puzzles. If you don’t mind paying more than double the cost of the mobile version, the $7.99 console game is sure to entertain for hours.