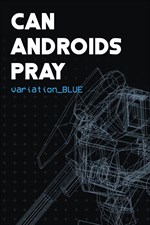 Ever since I experienced Numinous Games’ That Dragon Cancer over four years ago, I’ve been hopeful that we could get more games that explored the basis of Christian faith in a way that was heartfelt and entertaining. Available for a while on other platforms, Can Androids Pray: Blue analyzes the morality (and mortality) of two characters as they talk about death, regrets, and God in an interesting but short take on the adventure visual novel.

Can Androids Pray: Blue puts you in the role of mech pilot Cortney as she is mortally wounded in an attack by enemy forces. You are accompanied by Beatrice, a jaded but talkative pilot caught in the attack that muses about her eventual fate. As you succumb to your wounds, you will get to understand more of the game’s world through branching discussion. From the pilots’ military involvement to philosophical topics and even some plot twists, it’s a somber and poignant take on reflecting in your final moments. 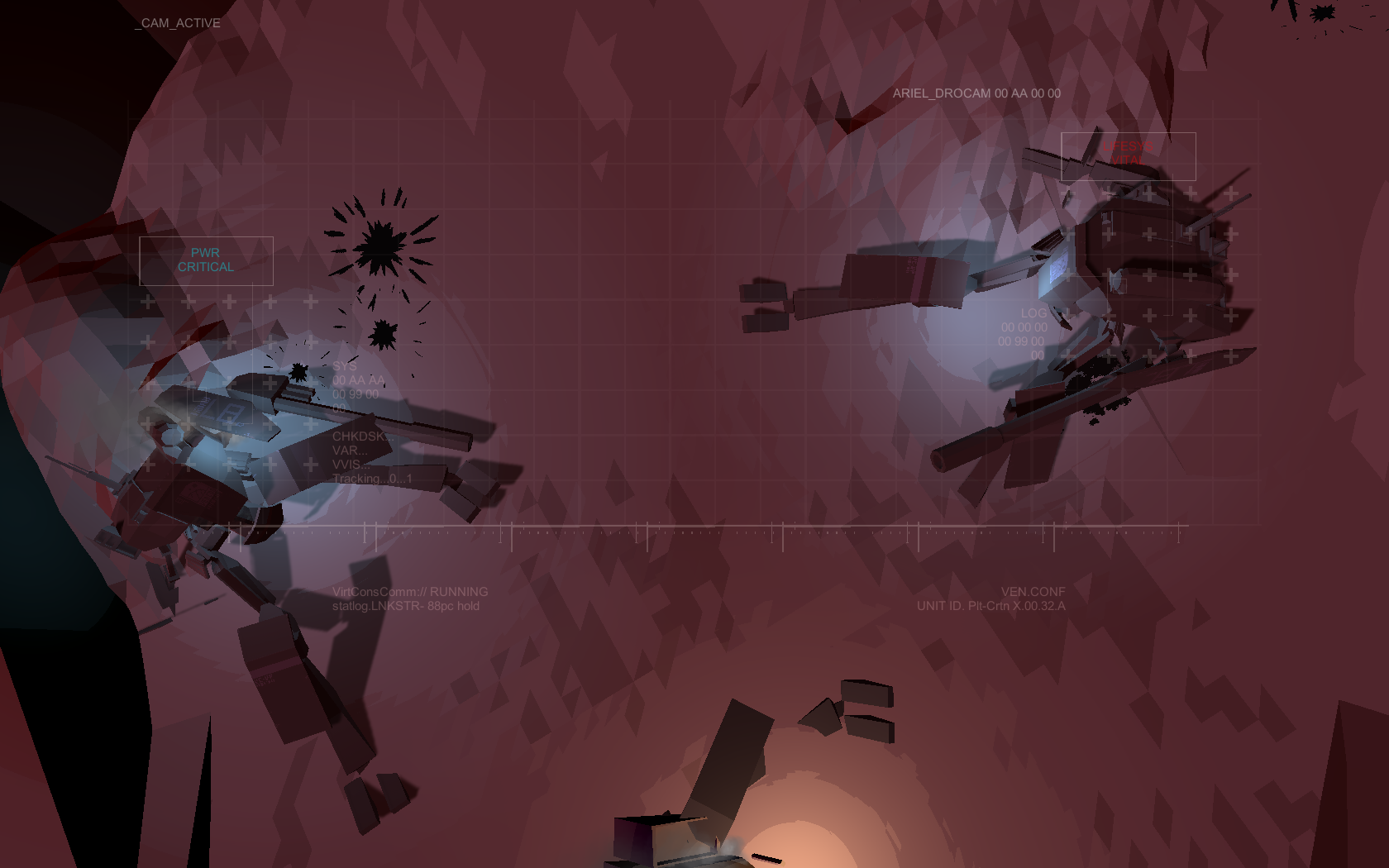 Strong Points: Gripping story and characters; interesting discussion of faith-based elements
Weak Points: Interactivity is limited; narrative clocks in short at 15 minutes
Moral Warnings: Strong swears such as “f**k” and “s**t” are used often but censored in-game, lesser ones like “d**n” and “a**” are uncensored, offscreen death and violence is mentioned

An interesting point of discussion here is the inclusion of faith-based topics. While Jesus isn’t mentioned explicitly, the game begins with the recitation of the Beatitudes. Beatrice confides in you as she begins wrestling with the presence of God and also mentions the story of Moses. Considering her perspective, it’s most likely that she’s agnostic, and you can reciprocate the sentiment or shut down the branches that delve into this topic more. In addition, a plot twist in the middle turns this analysis on its head, and makes you think about the story overall as it would pertain to a robot rather than a human.

While it’s an interesting take on the sci-fi adventure genre, the overall package is quite lacking. The reason for the subtitle within Can Androids Pray: Blue is because the visual elements are mainly blue; the PC version also has a “Red” version. Graphically, the game looks solid with minimalistic models. The angles that change the scenery and line of vision make an otherwise static crash site visually diverse. The sound design is similarly minimal, and while it’s nothing remarkable, it works for the game. In terms of stability, the game works well; however, during my third playthrough, the UI locked up and I was having difficulty trying to select my choices as the option to highlight my answer disappeared. It came back after pausing a couple of times, but it was a bit jarring to say the least. 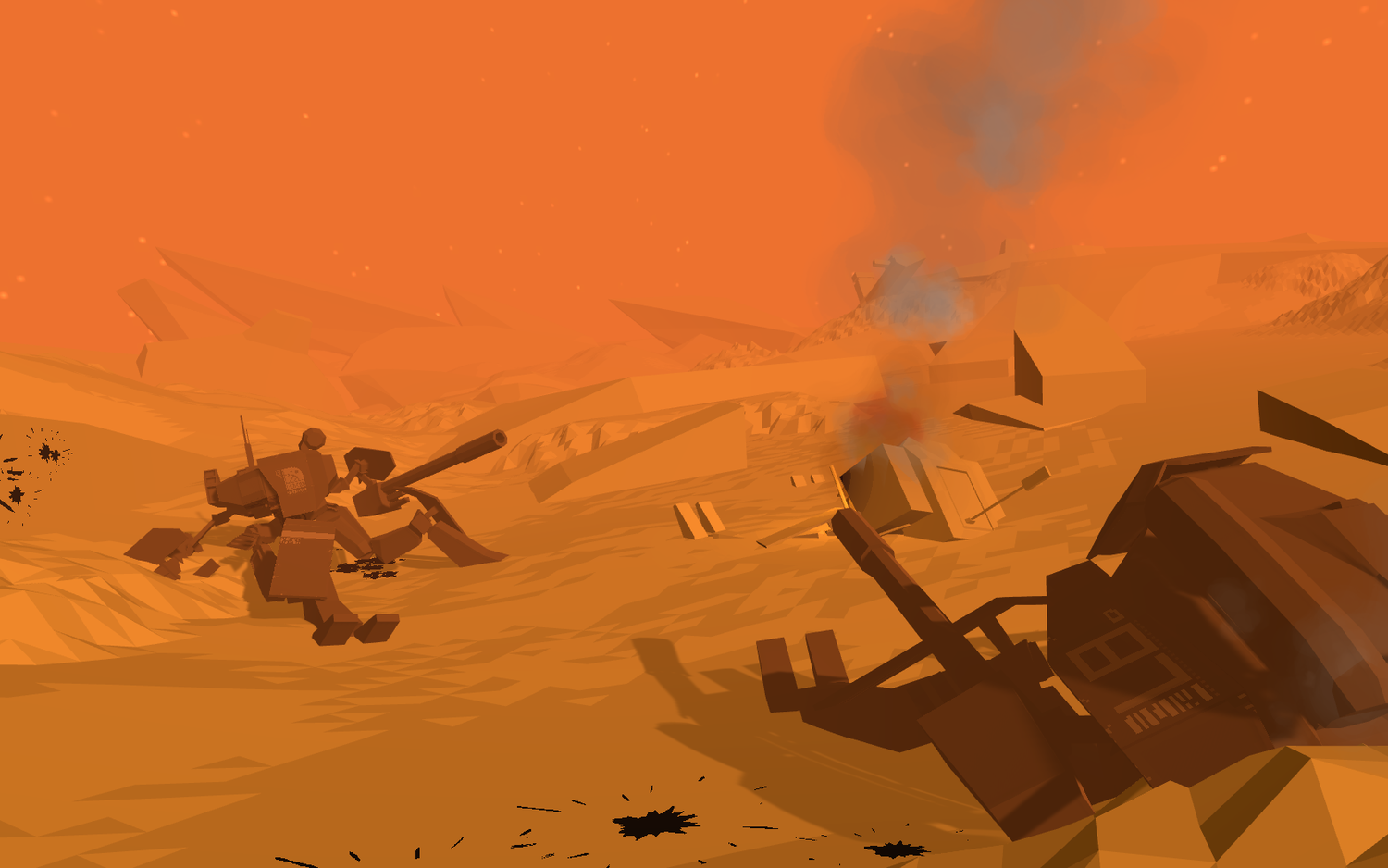 The whole experience is over in around 15 minutes, and while you’ll want to play again to experience the other branches in dialogue, the game feels like it should have been longer to continue to flesh out the surprisingly complex characters. While you can influence the conversation, the main decisions and ending are the same regardless. At $6.99, the game is sparse in content, which is a shame considering it has the potential to be so much more.

Morally, Can Androids Pray: Blue contains a lot of strong language; while the two characters don’t blaspheme, most every other curse word is mentioned quite often. Considering the T rating and length of the game, it’s a bit surprising to say the least. The biggest offenders, “f**k” and “s**t” are censored, but anything lesser like “d**n” and “a**” are displayed uncensored. Death is inevitable, and there even is a deceased character that is mentioned in conversation (as he died during the attack with the robotic wreckage visible). There is nothing explicit that is shown onscreen, but mature topics are discussed, and pixelated blood can be seen.

While the faith-based elements are appreciated, they’re not explored in a Christ-centered perspective; you’ll have to think of it like two agnostic or atheistic roommates having a conversation about their lives at 2 AM. Beatrice, for example, believes that God might not be all-loving, but you can offer her a rebuttal. If you’re looking for a grounded take on grief and processing it through following Jesus, I’d suggest you look elsewhere. While it does have some missteps, Can Androids Pray: Blue is a short but ambitious title that might be a bit too pricey for what it offers.