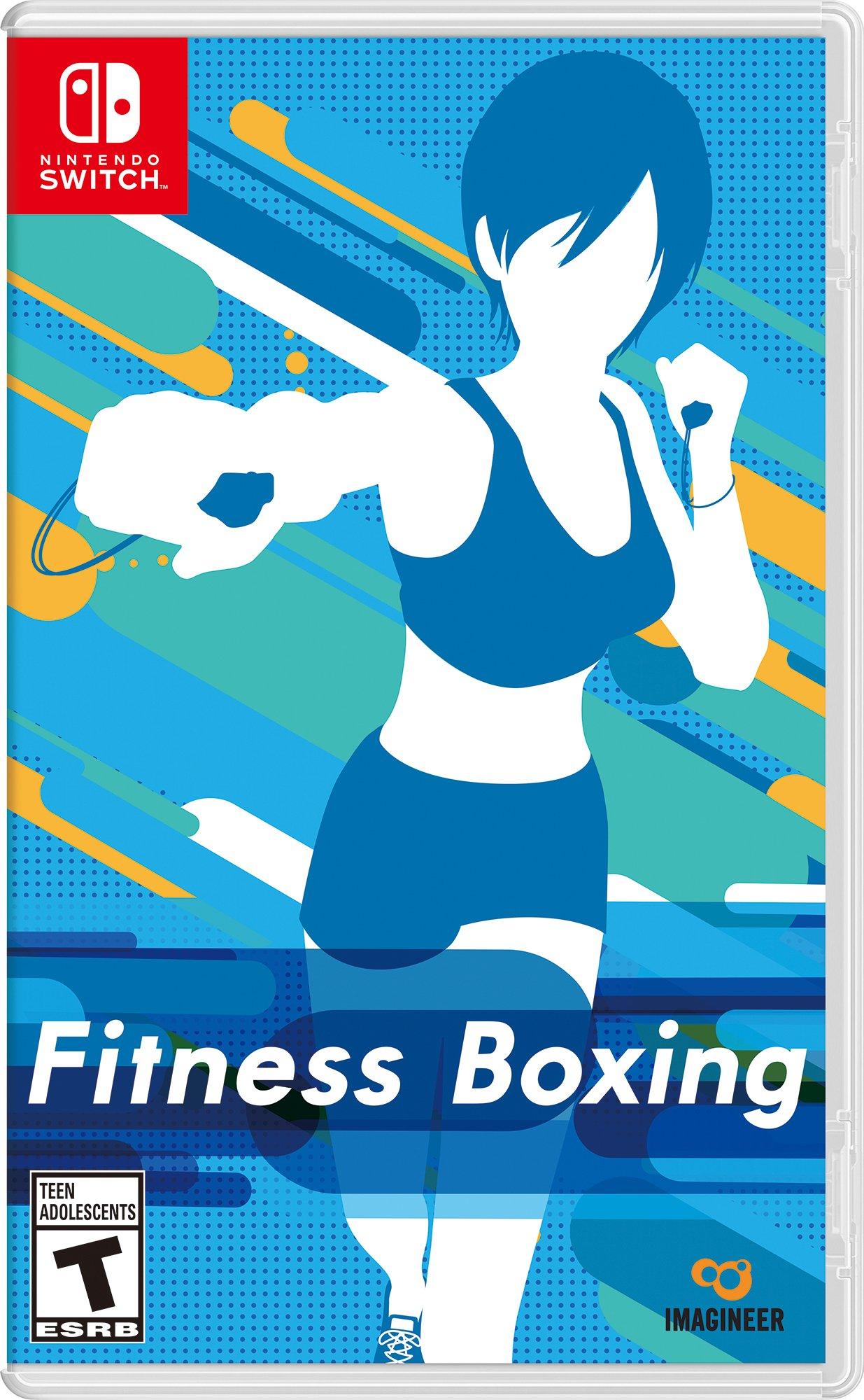 As we try to stay inside for the next few weeks (or months), there are a ton of video game exercise alternatives to consider. Published by Nintendo but released by Imagineer, Fitness Boxing is one of those alternatives. While it does suffer from some generic presentation, the whole package is fun for everyone wanting to burn a few calories while having fun.

Fitness Boxing, at its core, is a boxing rhythm game where you use a pair of Joy-Con controllers to follow the directions of the on-screen avatar. While you start with basic punches and jabs, you’ll be doing more advanced movements such as blocks, weaves, and steps in time with the soundtrack. There are 20 songs included in the package, which range from Top 40 hits like “Call Me Maybe” to classic disco tunes like “Funkytown”. While they fit in time with the routines, they’re all instrumental versions, which means they’re rather uninspired covers of the original songs. They fit with what’s being played, however, so it’s not wholly a bad thing.

The motion tracking is well-done and similar to Just Dance in that you don’t need any extra equipment other than the controllers. After each routine, you get graded based on how many punches and actions registered as “perfect”, “ok”, or “miss”, which will give you a numbered score out of 100 and a rating of 1 to 3 stars. If you play the daily workout mode, you can also get a fitness age after playing a whole routine, which will increase or decrease based on how well you do. Additionally, you can track your progress and weight loss through the included trackers (be on the honor system with your weight, though!), which will also estimate how many calories a certain routine burns. 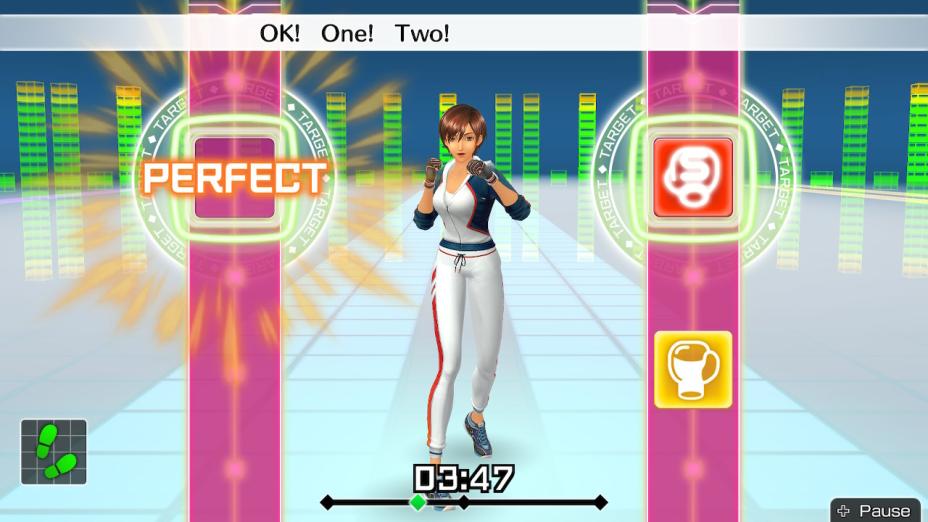 Due to the size of icons when playing the game, you can actually play this in tabletop mode as well, which means a portable workout is possible. The routines are done in a way that you can either play through a set 10 to 40-minute daily workout based on fitness goals or pick and choose which ones to do. It’s comparable to something like Brain Age, where playing a few minutes a day is desirable over a long two-hour session.

Content is drip-fed over several days, as songs and routines (as well as unlockable outfits) are given after you do things like play every day, throw a set amount of punches or finish routines with a high enough score. While this incentivizes playing often, the first few days means you’ll only play a handful of songs with a small pool of routines. You might get bored until you discover the full potential of Fitness Boxing, which happens around a couple of weeks. The final songlist again is only 20 tracks, and if you’re not into what the game offers, you might start to feel that the soundtrack is repetitive. That said, endgame routines will make you break out in a sweat, and are great cardio for those wanting to play in a small enclosed area. 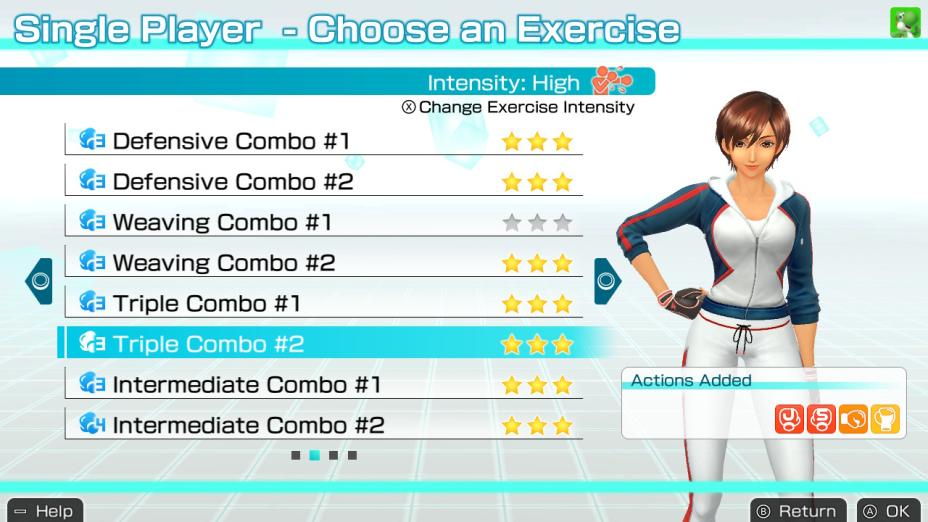 In terms of presentation, it’s rather sparse in its graphics. The coach avatars look nice, and the backgrounds and icons are distinct and clear. There were a few times during gameplay that the framerate dropped and controls stopped registering for less than a second. It’s not a dealbreaker, but it might annoy some people hoping to clear a routine with a 100. Sometimes during steps in combos, movement wouldn’t register either, but overall, the controls were pretty solid. The $50 price tag might dissuade some people from buying it, but it’s a great price if you consider the health benefits of this.

Morally, Fitness Boxing is surprisingly fun for the whole family even with the T rating. The game includes boxing routines, but there is no violence involved as you’re doing a shadowboxing style of workout. While the default avatars are modestly dressed, there are some unlockable outfits that can be a bit revealing if you choose to dress them up in said articles of clothing. However, they’re nothing explicit and cover up enough as to not be titillating. Additionally, the included songlist has songs that originally had questionable themes (such as “Party Rock Anthem”, “Born This Way”, and “Timber”), but as they’re all instrumental versions, there are no objectionable lyrics contained in the game.

Overall, Fitness Boxing is a great game for families who want an alternative from something like Just Dance or a cheaper alternative to Ring Fit Adventure.