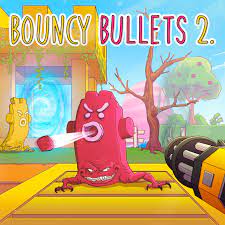 Thank you Ratalaika for sending us the review code!

Bouncy Bullets 2 is a first person platformer and shooter where, as the name suggests, anything fired out of your blaster will ricochet off of anything it hits. There are lots of cool levels and mechanics, and even more interesting obstacles that will block your way!

In each level, your goal is to, of course, reach the finish. You have a time limit of 100 seconds, and if you fail to beat the level in that time, you must restart. There are no checkpoints in the levels, as they are all way too short for them to be needed. Every level has a form of platforming or timed jumps that you need to do, and most of them have at least one enemy that you either dodge or kill. There will also be some obstacles such as lasers, flamethrowers, spikes, or turrets. You have only one health point, so getting hit by an enemy or obstacle will result in you having to restart the level. 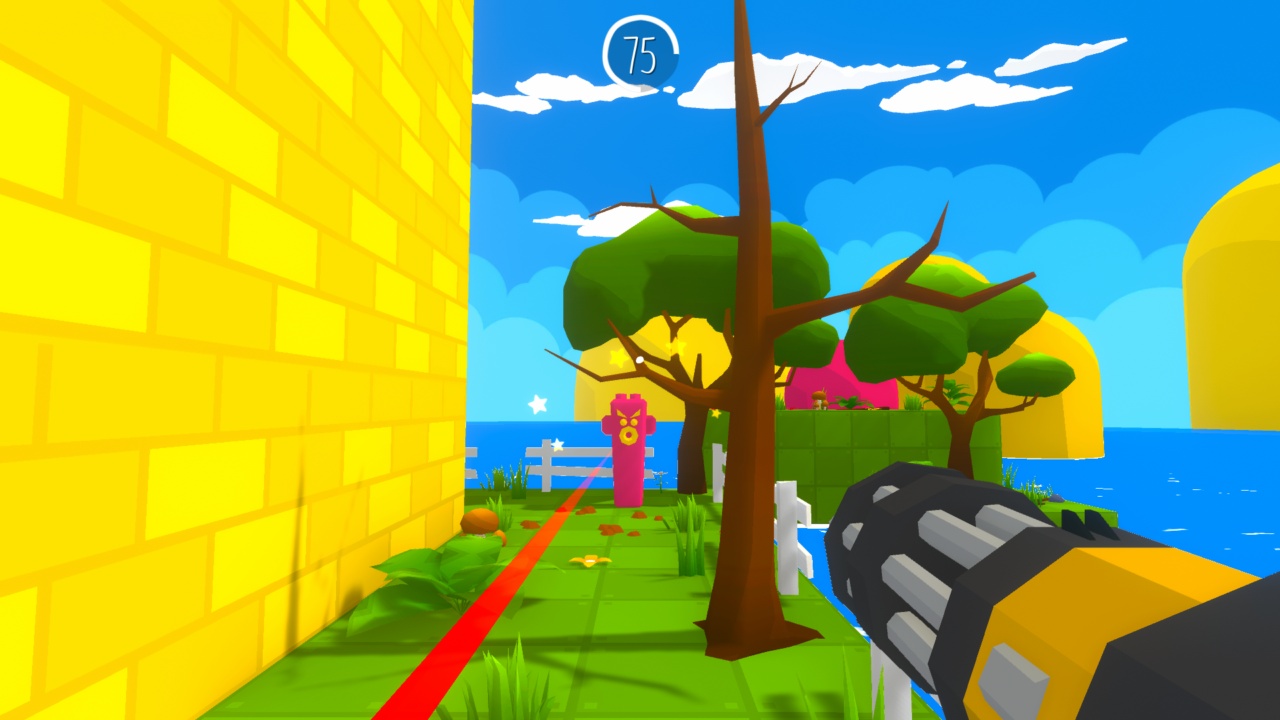 Strong Points: Unique level designs and cool mechanics; has a good challenge
Weak Points: Sometimes gets a little repetitive
Moral Warnings: Mild violence (I’m not sure why the ESRB rating says it has blood)

There are 5 types of enemies. These consist of red, yellow, black, gray, and color changing. Red monsters can only be hit with red bullets, so you shoot them with the right trigger. Yellow ones can only be hit with yellow bullets, so you use the left trigger to fire at them. Black ones cannot be killed, so you have to dodge them. Grays are allies, so shooting them will instantly end the level. Color changing enemies do just what you’d expect them to do; they change between red and yellow, forcing you to time your shots so that it hits them on the right color. None of them can actually walk around, contrary to what the cover art suggests (they have legs on the cover).

The levels are fun, but some of them are very similar to each other. There will be a few that stand out, such as one that placed you on a moving platform with enemies all around shooting at you. Other than a few exceptions such as this, most of the levels are just jumping around from platform to platform, with the occasional spinning laser or falling block. 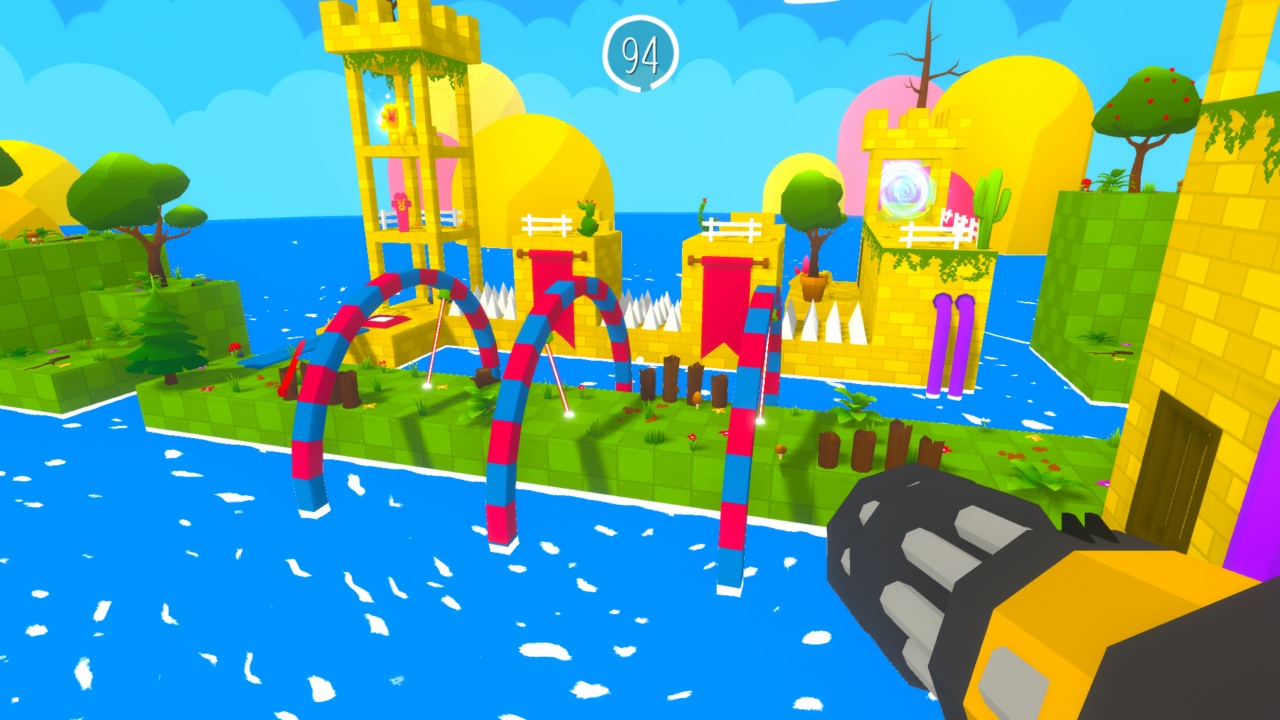 The art style is very colorful and cartoonish, as the game seems to be using a more family-friendly look. The graphics are good, and I really like the way that the developers made the fire particles for the flamethrowers. The music is fairly fitting, as it suits the energy of the gameplay. The controls are fine, since there isn’t really much to them. I never really noticed any bugs or glitches in the gameplay, which makes the game a lot more enjoyable.

Morally, Bouncy Bullets 2 has no major issues, since the only red flag is the violence. Even though you shoot things with a green minigun, there is no blood involved. There are also no swear words or anything similar in the game.

I enjoyed Bouncy Bullets 2, and would recommend it to anybody who enjoys doing parkour, dodging bullets, and shooting enemies. It is definitely family friendly enough for you to not worry about your child playing it or anything like that.