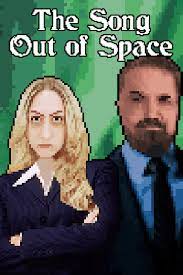 Thank You Ratalaika Games for providing us with a review code!

Taking place in the 1960s during the height of the Cold War, The Song Out of Space is a murder mystery adventure game created by Pixel Noire games that uses a unique style in an attempt to stand out from the others.

In the beginning, you have the option of choosing between Catherine Armstrong—a young recruit who specializes in forensics or Stuart Ross, a veteran agent. Both of them are part of the FBI, and they are tasked with a strange murder where twelve scientists were all found dead in their lab. The only lead they have is that witnesses know that Nicholas Forrester was part of the group, but not any of the identified bodies in the massacre.

Although Catherine and Stuart’s stories follow the same plot, they do diverge into different paths at times, giving more insight into the whole mystery by talking to different characters or witnessing separate events. Both stories are required to play if you want to understand the full story. The FBI’s agents get off on a rocky start because Catherine assumes Stuart is like most of the men she worked with, and Stuart isn’t 100% sure how to act around a woman on the job. They come across multiple characters such as a deputy and sheriff who seem to be apprehensive about the agent’s arrival, a “freelance photographer” who is also known as a conspiracy nut around town, and a couple of others who were either related to the victims or suspect. 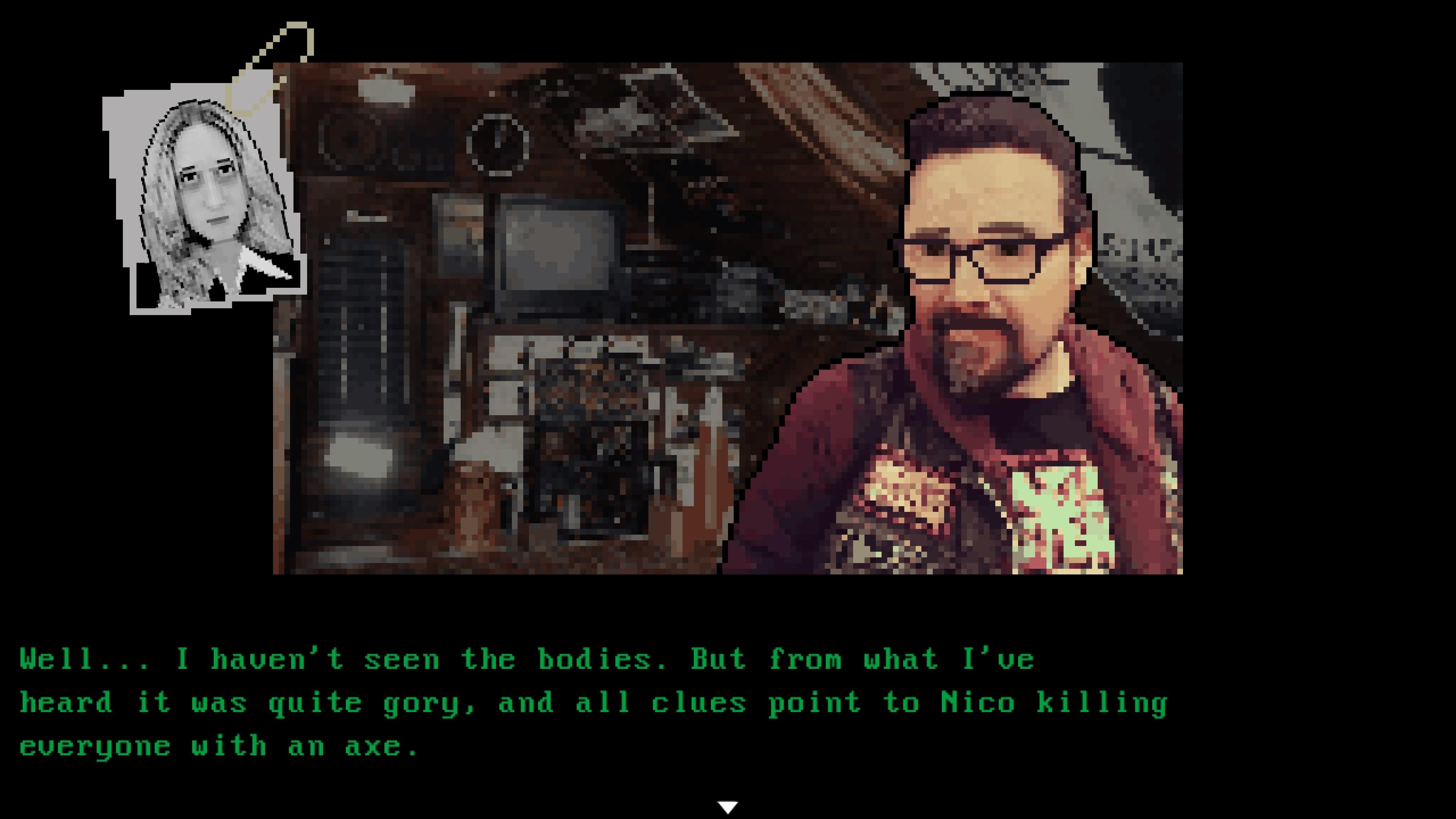 The Song Out of Space takes real-life photos and digitally alters them to give off a pixelated look. I feel the look stands out from other adventure titles and the whole thing reminds me of what people do for rotoscoping. The characters also give off a wide range of expressions. I find the whole style to be very fitting for the grim setting in which the game takes place. The user interface is mostly surrounded by black borders with only a portion of the screen being related to gameplay. For gameplay, it’s similar to a visual novel where you have multiple choices for dialogue but also incorporates point-and-click segments to investigate the environment and speak with people.

There isn’t a whole lot of music or sound used for The Song Out of Space. There is no voice acting, but in rare cases, you can hear certain sounds from people such as crying or a grunt. Music uses eerie and drawn-out tones similar to 80s synth. It’s sufficiently made, but it also doesn’t exactly fit the 60s setting. The separation between the music and the setting by two decades could potentially take people out of the immersion.

Characters develop appropriately or have understandable motivations, even if they are not always the most morally correct. I was somewhat surprised to see that the boss of the FBI agents only cared about the political side of the murder and tries to blame it on the Russians at any given opportunity so that he could look like a hero. On the other side of things, Catherine and Stuart complement each other as their skills and expertise are both very useful in investigating the mystery. There is also a good amount of foreshadowing used from the very beginning and in the dialogue that make the twist not seem like it comes out of nowhere. 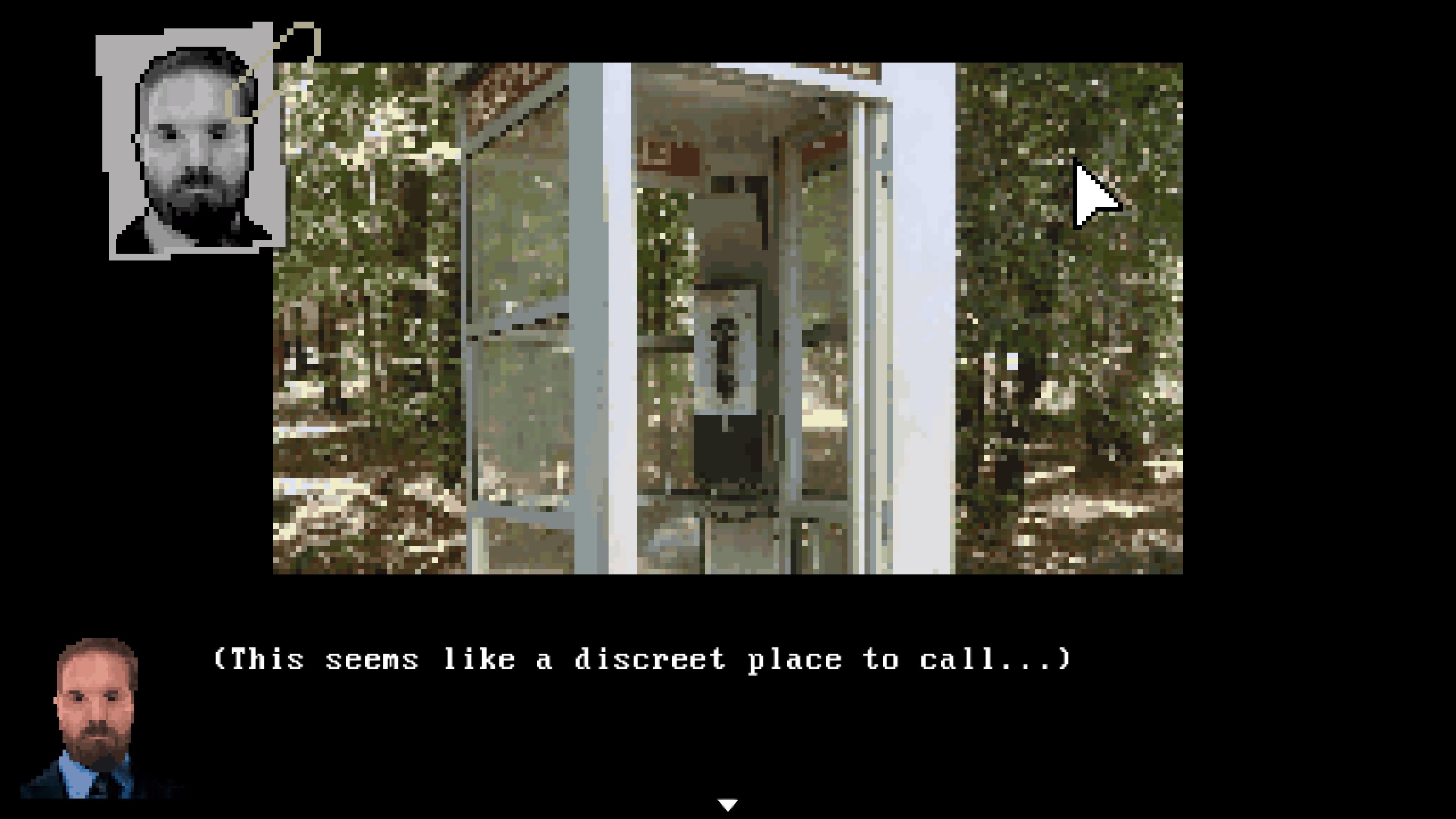 There are some glitches to be mindful of. Some of them can lead to softlocks. A strange one is that starting a new game immediately with the same character after obtaining an ending will cause the game to eventually blackout. You can still continue to make choices, but as you won’t see any dialogue or prompts, it is technically a softlock. Other glitches consist of a fast-forward option that sometimes makes you repeat dialogue, and the save feature can only save at decisions being made, but sometimes also saves after that point. As the experience isn’t very long, they only end up being minor annoyances.


Going into morality, there is plenty to go over. When it comes to violence, there is gun violence as well as scenes and photos of mutilated bodies. Some of the scenes have corpses skinned with their muscles and organs exposed. The way the scientists were murdered is explained in detail. Language consists of words such as “douchebag”, “d*mn”, “h*ll”, “*ss”, g*dd*mmit”, “b*st*rd”, “b*tch”, and “f**ker”. Moral and ethical are a little more nuanced. While the worst thing that Catherine and Stuart do is lie a bit to obtain/withhold certain information, some of the other characters in the story commit actions such as stealing evidence at a crime scene. There are some very subtle instances of sexism such as the way some characters treat Catherine. They don’t outright condemn her, but the way some of their dialogue is interpreted towards her imply that they believe she isn’t competent enough to handle the matters at hand. Some possible supernatural elements may be at play too with one instance of cosmic horror.

The Song Out of Space is a short adventure, clocking in around 30 minutes on average for both paths, and an extra 10-15 minutes to get the second ending for each character. It is a pretty cool and well-written mystery adventure with a cool aesthetic. Moral concerns are plentiful with most of them coming from the gruesome violent imagery and the constant barrage of unsavory language. Think of the experience as a short movie or miniseries. If you go into the experience with that in mind and don't expect anything groundbreaking, The Song Out of Space is a fine purchase.