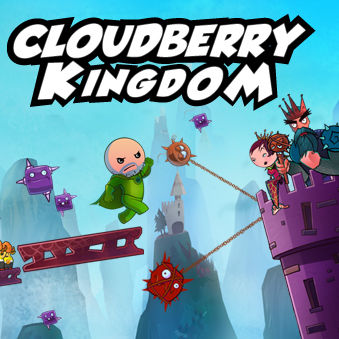 Cloudberry Kingdom was successfully funded on Kickstarter back in spring of 2012.  One of its biggest selling points is that it generates levels on the fly providing infinite possibilities.  You can adjust every aspect of the level to cater to your platforming skill set or randomize everything and hope for the best.  In the story mode there are over three hundred levels that gradually get harder and harder.  Hands down this is one of the toughest 2D platforming games I have played.  No matter how many times I die, I keep coming back for more.

This game is best played with a group of (skilled) players.  You can have up to four players join in on the action.  The goal of each level is to make it to the exit alive, ideally collecting all the gems along the way.  Fortunately, many levels have a check point that revives fallen players and lets you start from there in the event that you die.  And die you will, many times.  They have achievements for dying 1337 times and for watching a replay with over fifty deaths. 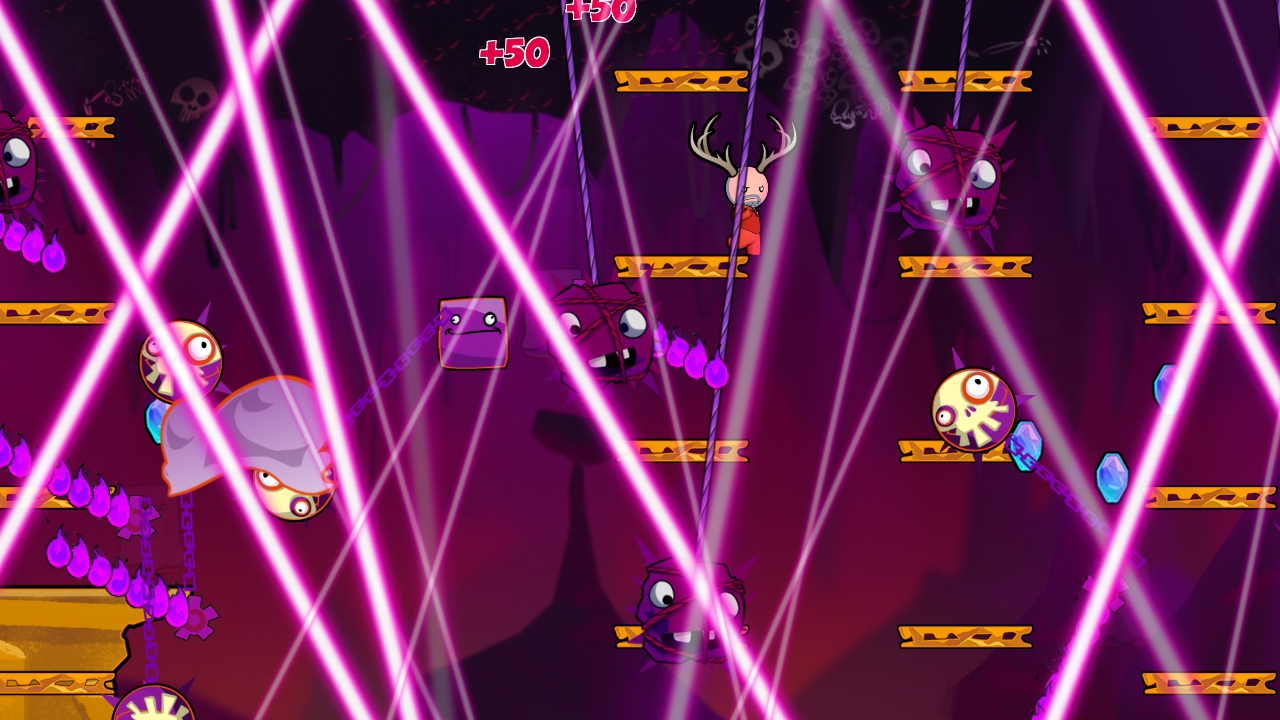 In the story mode you have infinite lives and you can save your progress at any time.  The arcade mode starts you off with fifteen lives and you can earn more by collecting gems.   When you lose all of your lives, the game is over.  Generating your own levels is fun and totally customizable.  You can also share your levels with friends.

While many of the levels share a predictable pattern, you never know what challenges and abilities await.  The main character (Bob) may be normal, small, double jumping, on a pogo stick, or stuck onto a wheel.    So given those limitations you have to avoid spikes, laser beams, fire turnstiles, dragons, and swinging spikey balls.  Like many platformers there are moving platforms, temporary, and falling ones too.  While having multiple players is helpful, it's extremely challenging when the platforms disappear after being used by the first player leaving the other players in the dust.

Timing is crucial and there is a pattern to everything no matter how chaotic the level looks.  You can watch the solution in the options and even slow it down or put the patch on your screen (at the cost of some gems).  The last chapter of the story mode is called "Masochist" for a reason.   I'll be the first to admit that I have not beaten this game. 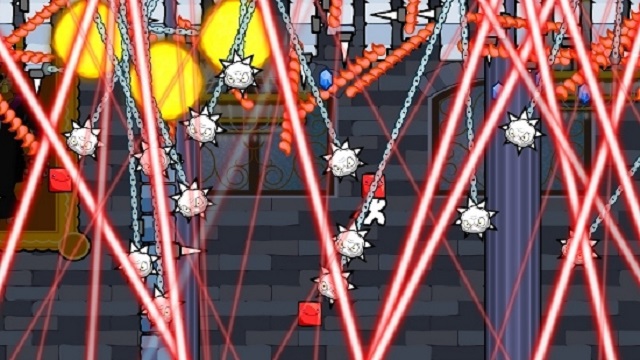 From what I have seen of the cut scenes, there is some toilet humor and sexual innuendos.  When Bob dies he goes up in a puff of smoke.  The violence is not much different than you would find in children's cartoons.  When you jump on the abnormally sized bugs they make a funny squishy fart sound.

The sound effects are appropriate and I especially like the nostalgic Mario jumping sound.  Bob is voice acted by Kevin Sorbo from TV shows like "Hercules" and "Andromeda".   While I enjoyed the techno style background music, it was a bit repetitive and generic.  Plus there was awkward silence between songs.

The rest of the game was well polished and ran smoothly on our PS3.  If you enjoy challenging platformers, Cloudberry Kingdom is well worth the $10 entry fee.   It's a great party game and is still fun despite its incredible difficulty.