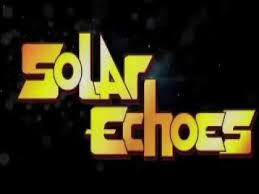 *Advertising disclosure* Though Corefun Studios is a current advertising partner, this review is not influenced by that relationship.

Thank you Corefun Studios for providing us with digital copies of the player’s guide and Operation: Flash Strike.

Solar Echoes takes place in a sci-fi universe where seven alien races are struggling to co-exist peacefully. There is an alliance in place and it’s enforced by the elite agents from the Union Guard. Those who are familiar with the Shadowrun series may recognize some similarities, but in this game you’re fighting as lawful aliens. Like many tabletop games, you’ll be relying on dice rolls for determining how much damage armor absorbs and the effectiveness of your attacks on the enemies. Each player will need four 6-sided dice that will decide the fate of the universe.

The 15-chapter player guide is 214 pages and covers the specifics on gameplay, the races, vehicles, combat, social interactions, weapon information, and more. I made the mistake of pricing out the cost of printing this guide out and decided that $28 for a black and white copy is a bit too much. Physical editions can be found on Amazon for cheaper than the digital only copy. 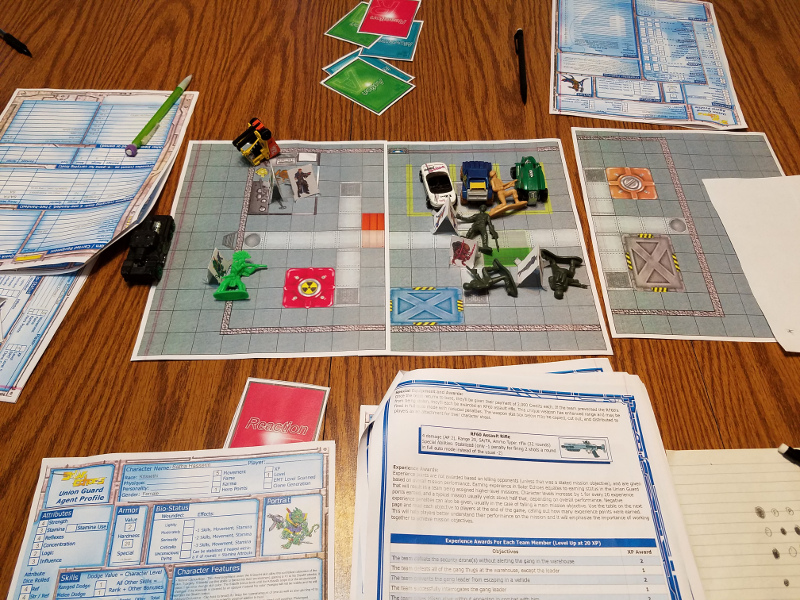 If you’d like to take this game for a test drive before buying the player’s guide, you can download the learn to play mission, Operation: Flash Strike, for free. This mission is quite fun and comes with almost everything you need to get a good tabletop session going. You just need to provide some players, dice, and some placeholders for enemy units and vehicles. For our game, I borrowed some Hotwheels cars and army men from my son.

Operation: Flash Strike is 46 pages and I printed them out using my color laser printer. It comes bundled with pre-made characters, foldable player icons/pieces, game board segments, phase cards, and character sheets for making your own characters. Each character has a different skillset and loadout that comes in handy for this mission. Only a couple of characters have hacking or persuasion skills while others are only good for smashing criminals to a pulp. Teamwork is encouraged and the battle system is fast paced and lets everyone jump into the action without needing to roll for initiative. 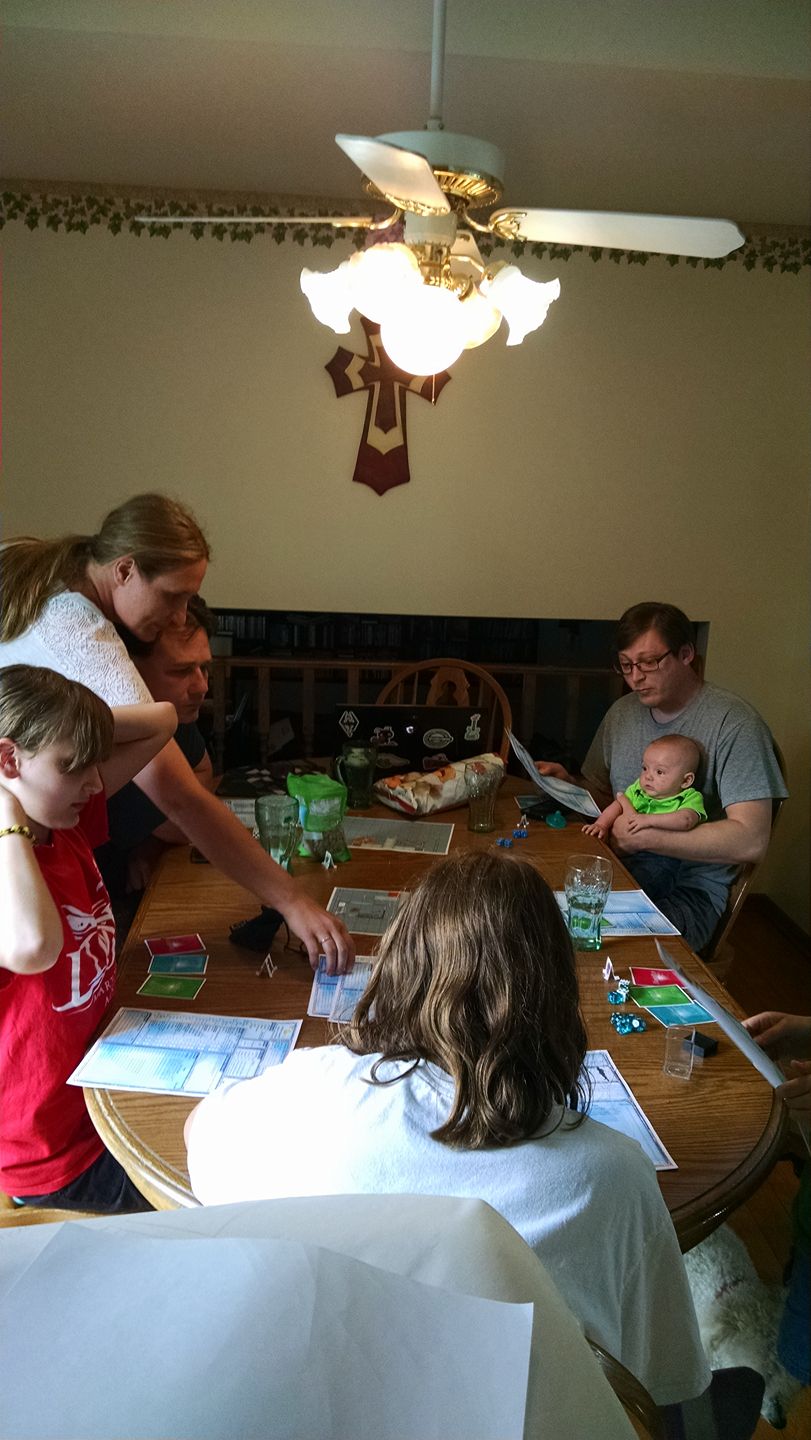 Combat is broken down into four phases: Movement, Action, Reaction, and Resolution. Characters can move freely until an enemy enters the scene. Once an opponent is in sight, the movement phase begins and each character's movement points are restricted. Sprinting allows for double movement at the cost of stamina points. The action phase is where attack types and targets are declared by the player and mission controller (MC). In the reaction phase a player can attempt to dodge an attack and use the side step ability if their character has it available. The side step ability leaves the character standing while other evasive maneuvers leave them in a prone state that requires getting up instead of moving in the next round. The final resolution phase is where all of the attacks and dodges take place in any order since everything happens simultaneously in this game.

Besides battles, you may run into hacking scenarios and intense car chases. Everyone seemed to enjoy the Operation: Flash Strike mission. I played as the MC and found the tips and examples helpful. Some of the players asked some questions that were answered in the player’s guide so I was glad to have that on hand.

Overall, Solar Echoes is quite fun and well thought out. Even my kids with short attention spans stayed in character and played through the end of the mission (which was successful). If you’re looking for a sci-fi pen and paper RPG with cool weapons and no magic, then look no further!