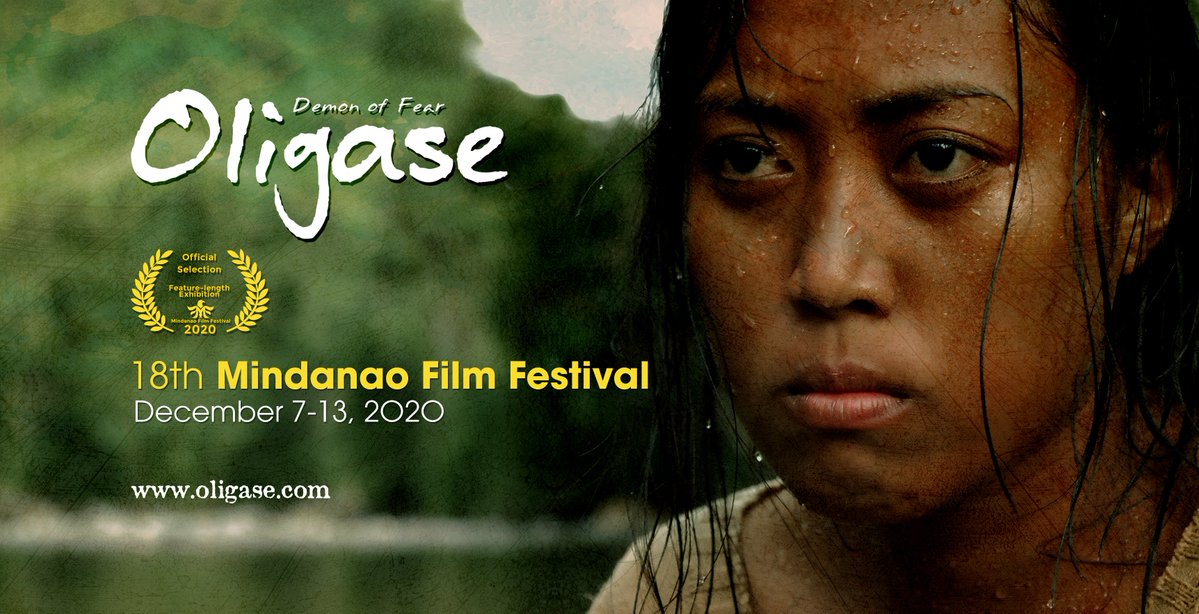 As a Christian who’s interested in bridging the gap between faith-based entertainment and entertaining execution, I look forward to big-budget productions that can nail Christian themes while still being something that can work in a secular space. While not necessarily a huge blockbuster (premiering at an online version of a Filipino film festival earlier this week), director John Valdes Tan adapts Filipino author Pio Arce’s Oligase for film. Endorsed by CBN Asia (the Asian chapter of the Christian Broadcasting Network), it’s a film that shows the uncomfortable struggle of an indigenous girl who wants to leave her tribe in order to pursue an education.

Based on the indigenous tribe of the Matigsalug tribe in the Bukidnon province of the Philippines, Oligase is a legend of a mythical demon of fear, who consumes innocent children that dare to learn outside knowledge of the tribe. In essence, this legend is shown to be a deterrent to leave, but protagonist Laha stumbles across a school when selling crops with her mom in town. Inspired by the teacher Connie (and disbelieving of the Oligase), she longs for the day when she can leave the village and educate herself.

Laha’s plan is settled as she realizes that she has been forced in an arranged marriage to the village chief, and runs away with farmhand Salantay in order to escape to the city. Unfortunately, this causes problems for Salantay, who is forced to leave the village and head to a bible school that his father went to; Salantay’s dad is known as one of the only people in the tribe to be able to read, and has been chastised for it.

Laha’s life continues to spiral up and down as while she does receive her education, a series of unfortunate events cause her blessing to be a curse. She is raped by Connie’s husband and forced on the streets as a prostitute, trying to find a way out of her situation. Meanwhile, Salantay learns about the misconceptions of the Oligase, and that while demonic spirits are out to prey on the tribe, the Lord Jesus is there to cast them out.

As a novel, Oligase is a heartfelt effort to shine a light to the indigenous Filipino’s plight. The author of the original novel worked with the Matigsalug for decades and wanted to explore their culture and lifestyle in a way that would be digestible to the metropolitan Filipino. In his journey, Arce also wanted to use this opportunity to evangelize and share Jesus’ love to those who need it the most, and to change the hearts and minds of the people within the provincial areas by providing assistance as well as education to these areas.

The film dances around this idea in the beginning and end, with the Gospel story being uttered by Salantay and Laha in the final scene. The cinematography of the scenery is done quite well, as the directors do a great job of showcasing the provincial Filipino areas of the Manobo tribes as well as the city of Davao. For someone who would want to travel to the Philippines, it does a great job with highlighting the lush areas of the place. It’s neat to see that most of the actors are from the Matigsalug tribe itself, and most of the performances contribute well to the film. The raw nature of some of the inexperienced actresses complement well to the gritty nature of the movie, though I couldn’t help but laugh at the actor portraying Chief Pinon. It was almost comical for the few scenes he has.

Unfortunately, this does get into “the book was better” territory (even if the novel isn’t available outside the Philippines currently), as the character development feels rushed, especially in the middle. I understand that the director wanted to emphasize the metaphorical horror of fear by stressing the unfortunate world of human sex trafficking in the Philippines, but due to the hour and 40 minute runtime, feels like it lingers a little too long in these areas. It doesn’t help that (most likely due to budgetary reasons), almost a third of the book is excised. I might not have noticed it if I didn’t read the novel, but considering this omission includes the redemptive arc of Laha finding faith from a passerby as she’s smuggled into Japan, it’s quite apparent. (For context, the film stays solely in the Philippines, specifically the Bukidnon and Davao areas.) This also cuts back on Salantay’s arc as a budding pastor, as a lot of his scenes are gone, making him a bit of a flat character in comparison to Laha.

In terms of content, I would probably peg Oligase to something like a hard PG-13, to the point where I was surprised that CBN Asia would allow the director to show some of it. There is some uncomfortable subject matter involved in Laha’s journey as she is violated by multiple men. Thankfully, nothing explicit is shown, but the scene where she is raped does portray the man getting half-naked (while Laha is fully clothed, the implications are there). There’s also a montage of her time in a brothel with some indecent acts beginning and implied to have a sexual ending, including a forced threesome with an adult film director. None of these scenes are played in a titillating light, and it’s constantly shown that Laha wants to escape from this accursed lifestyle.

The tribal practices also might cause some to squirm, with the death of a horse shown (though just the end when people finish stabbing its remains). There are some scary sequences concerning the Oligase itself, who is portrayed as an old, imposing creature with a frightening countenance, normally accompanied by a jumpscare. While almost the entirety of the film is spoken in dialects of Tagalog, there are some English instances of the word a** and s***. The translated subtitles include every PG-13 swear except for f***. I would recommend this film to older teens and adults who want a look into the life of the provincial Filipino, and who can deal with something as intense as The Passion of the Christ in terms of faith-based entertainment.

If you’d like to watch Oligase, you can do so for free until December 13 through the Mindanao Film Festival channel.