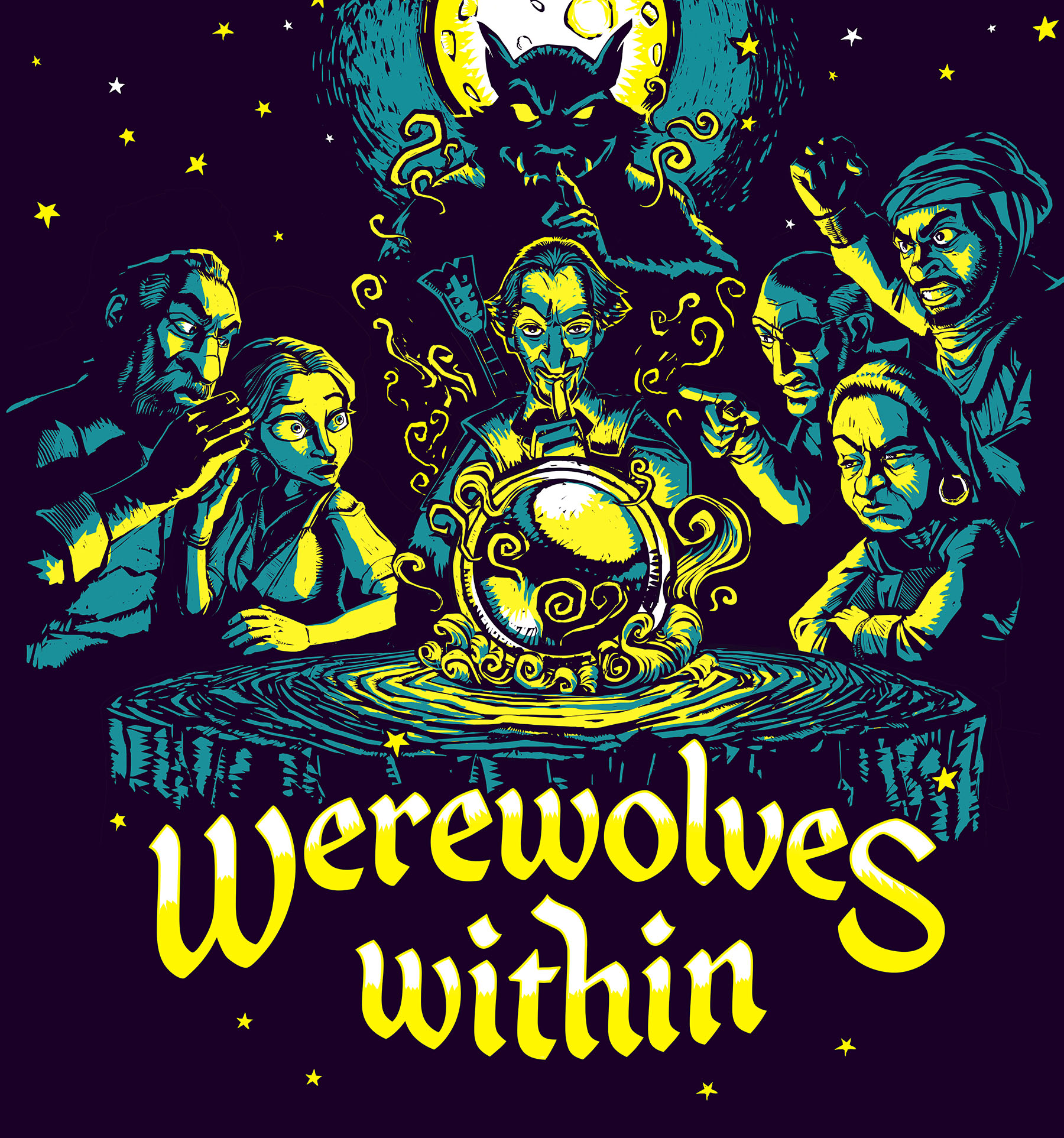 Multiple attacks on the medieval village of Gallowston has the townspeople in a panic.  In order to survive they must rid themselves of the werewolves who are disguised as villagers.  A town meeting has been arranged and it’s up to the attendees to figure out who the fakes are and eliminate them.  Naturally, there’s a randomly assigned werewolf or two in the meeting.  There are other attendees with various abilities and agendas of their own.

The werewolves want to survive and would like to shift the townsfolk’s suspicion on to the saint who knows the identity of at least one of the werewolves.  Villagers don’t have much power other than electing a ring leader who can cast two votes on who to execute.  If a tracker is in the group, they can sense if a wolf is on one side of them.  Every town has a gossip and Gallowston is no exception.  The gossip can learn the roles of two players, but they have a 50/50 chance of being right.

Before the game starts, you learn your role (which cannot be changed) along with other potential roles.  Once the seven-minute match begins, you won’t have access to that information again.  The astrologer can learn about a role that is definitely in the game while the drifter can deduce two roles that are definitely not in this match. 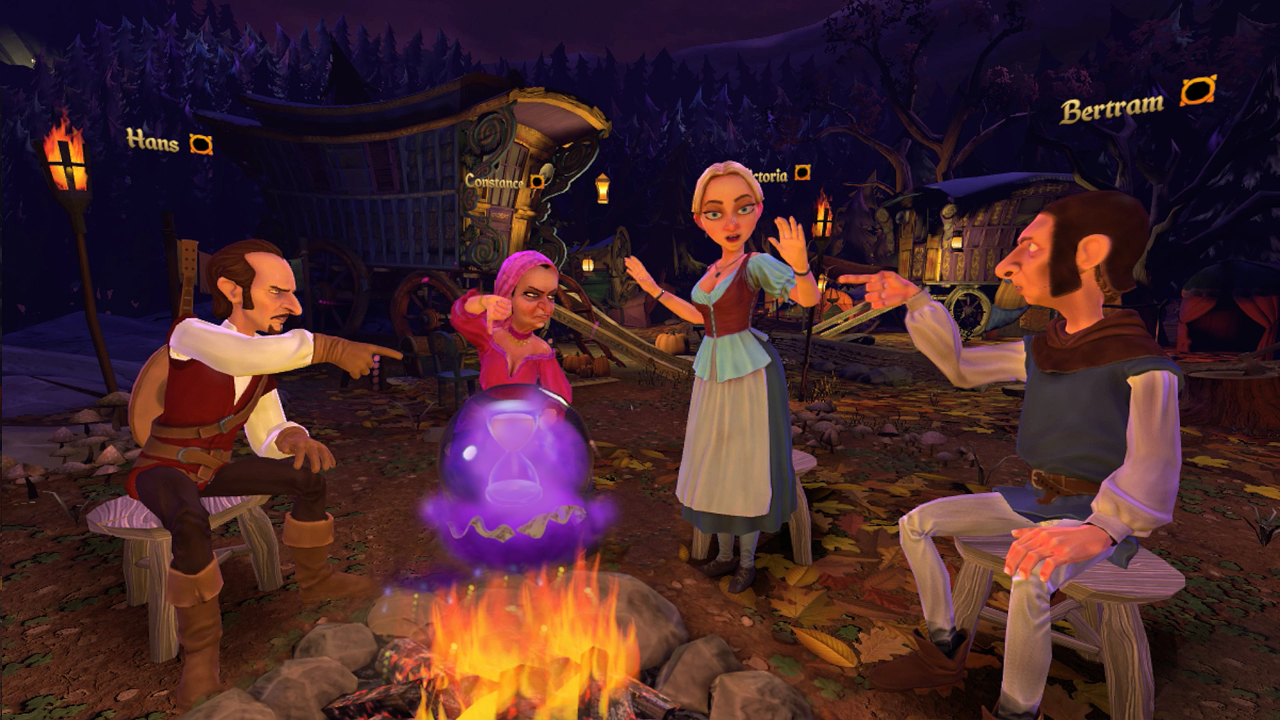 Strong Points: Fun party game for VR owners; cross-platform support; did not take long to find online players
Weak Points: Minor audio issues that were resolved when someone lowered their TV volume
Moral Warnings: You have to lie to do well or conceal your identity in this game; mysticism

In order to get started, five to eight players need to join a match.  Due to the cross-platform support, finding people to play against wasn’t a problem.  The only technical glitches I have experienced was not being able to navigate the game’s menu due to my camera not being configured, and some echoing due to a television being too loud for one of the players.  Fortunately, both problems are easy to fix.

The biggest issue I have with playing this game is a moral one.  The 9th commandment states that we are not to bear false witness against our neighbor.   In order to do well in Werewolves Within, you HAVE to lie. 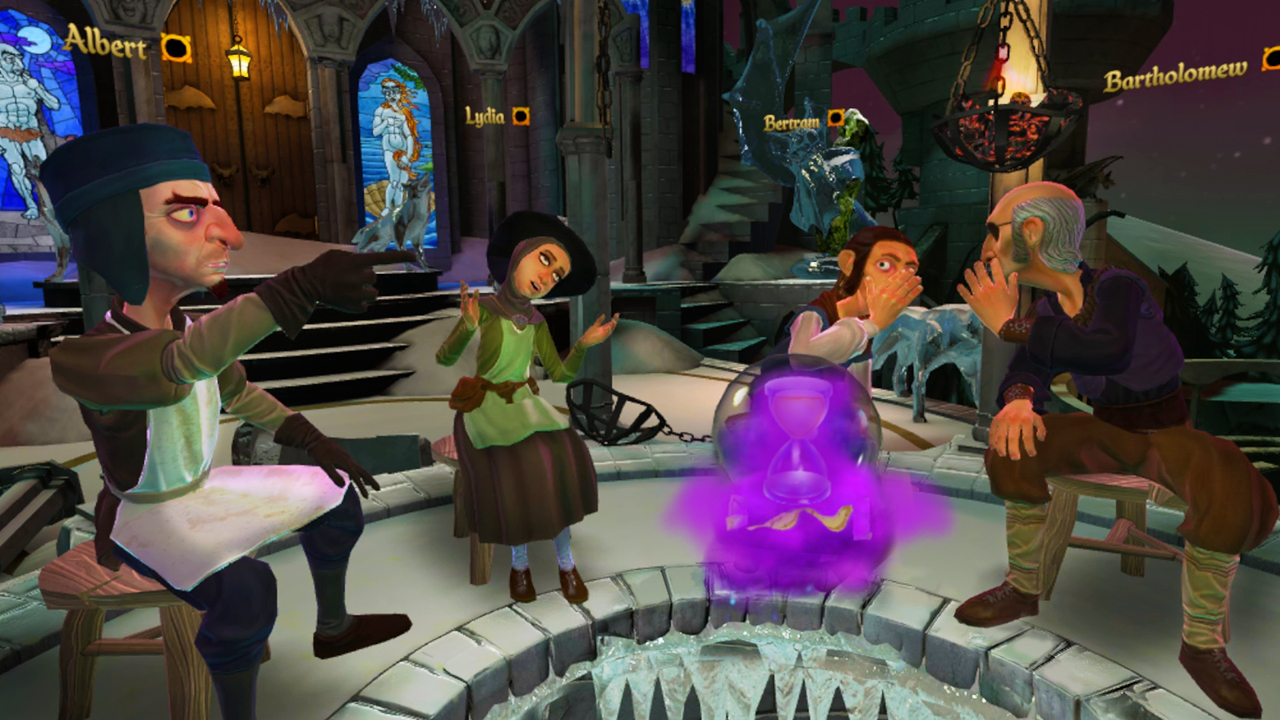 It’s one thing to lie to NPCs in games, but lying to real people made this a bit more complicated and weighed heavily on my conscience.  To make matters worse, it’s unavoidable.  One of the first questions typically asked is what our roles are.  Responding with “werewolf” seems illogical.  Then there’s the whole issue of trying to falsely accuse someone in order to save your own skin/hide.

The game is well polished, especially with the character animations that change with voice inflections.  Though this game is rated for everyone, you never know who you will be playing with online.  While I didn’t run into any trolls or unpleasant people, I did play with a few people that swore a lot.

If you don’t have an issue with language or lying I’m sure you’ll enjoy this VR party game.  It's very similar to the Mafia party game.   As of this review there’s plenty of people to play against which is good for a game that’s online only.  The price is a bit steep at $30, but is well worth it if you enjoy fooling people for hours on end.