Thank you Teyon for sending us this game to review!

Bird Mania is a cute endless runner (well flier in this case) that came out in 2012 for the 3DS.  The $1.99 price tag is reasonable for this single-player game.   Bird Mania Party has the same colorful cartoon styled graphics and even the same peppy violin background music as the original game.  The main difference is that you can now play with four of your friends using the Wii U game pad and four Wii remotes.

The single-player game is pretty much the same where you have to collect as many stars as you can while avoiding trees, bushes, and enemy birds and bees.  If you have enough energy, you can boost into birds and bees instead of having to avoid them.  Charging into birds and running into balloons will increase your multiplier, but ramming into bees takes it away.  Achievements are earned for distance traveled and number of balloons collected.  Then of course there’s the bragging rights of the number of stars you collected before your demise.  Right now I have the most at 764 with my daughter in second place at 752. 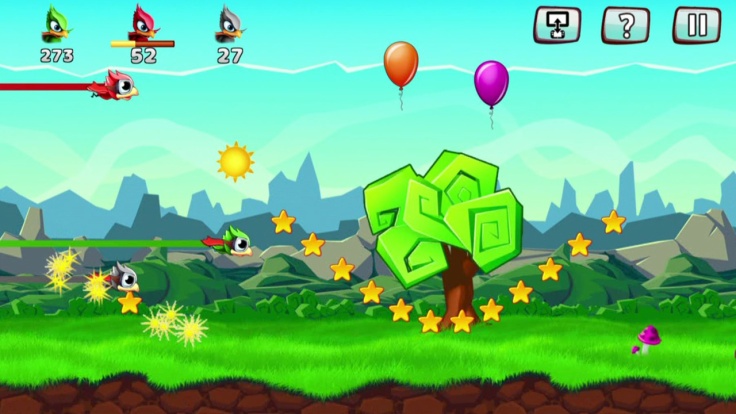 Strong Points: Cute game that can be enjoyed solo or with friends
Weak Points: Wii U gamepad has an advantage over the Wii remotes; Wii remote controls are not accurate/responsive enough; arms get tired with Wii remotes after a while
Moral Warnings: Cartoon violence

There are two multiplayer modes, a cooperative one and a competitive mode.  The two-player co-op mode has one bird able to collect stars while the other one can only boost.  Whenever the chime sounds, the two birds will switch roles.  When either player gets knocked out, the game will end and the number of stars collected as a team will be displayed.

Party Mode is the main game mode. Up to five players compete to see who can stay alive the longest and collect the most stars.  Since every bird is flying at the same speed, using the boost will be necessary to get a head start on collecting stars before the others. 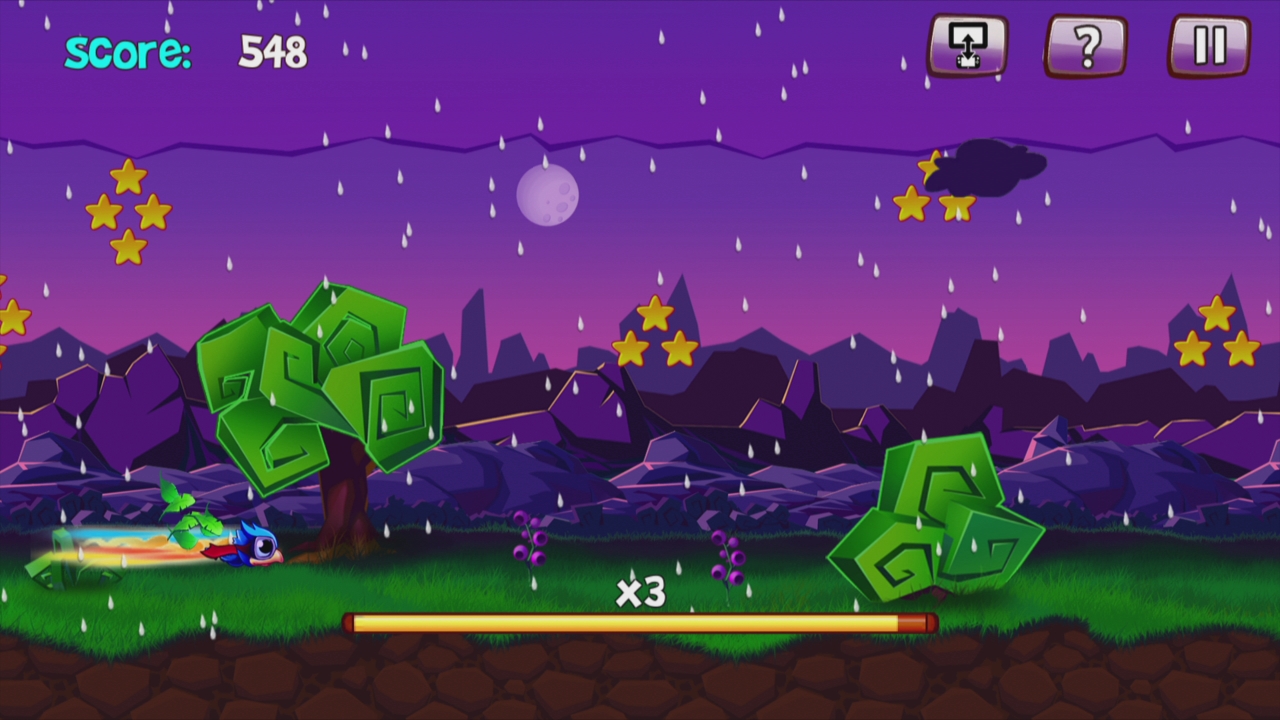 Not surprisingly, the Wii U gamepad user was often the last bird to meet its demise.  The Wii U gamepad player can either control their bird by using the stylus or the joystick.  Unlike the Wii remotes, there is no response lag and the controls are always precise.

Despite the Wii remote controller issues, my kids and I still had fun playing this title.  The price is a reasonable $1.99 on the Nintendo eShop.  As long as you go into the game expecting the Wii U gamepad to have an advantage, there’s a lot of fun and competition to be had here.