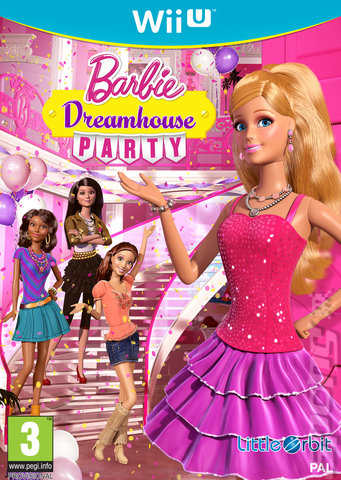 Thank you Little Orbit for sending us this game to review!

Based off of the TV show "Barbie Life in the Dreamhouse", Barbie's Dreamhouse Party takes place in the same environment.  The 3D graphics and characters look just as good as the show!  The plot in this game is that Raquelle was exploring Barbie's dreamhouse and flipped a switch that transformed every room into a party game.  Sadly each party starts off the same where Barbie and her friends must locate four similar objects and place them in the correct order on the pedestals.  After this challenge is completed mini-games, movies, pictures and wardrobe accessories become available.

There are several rooms draped in pink to explore including a toilet-less bathroom and a garage more suited for washing cars than storing them.  I found it humorous that each room has a turnstile corner that allows Barbie and her friends to change and accessorize their outfits.  Barbie's closet robot (who looks similar to Wheatley from Portal 2) is the game show host.  During the minigames, an enthusiastic Ken bashes and encourages the girls on their performance. Closet, the robot, on the other hand, is rather boring and dull. 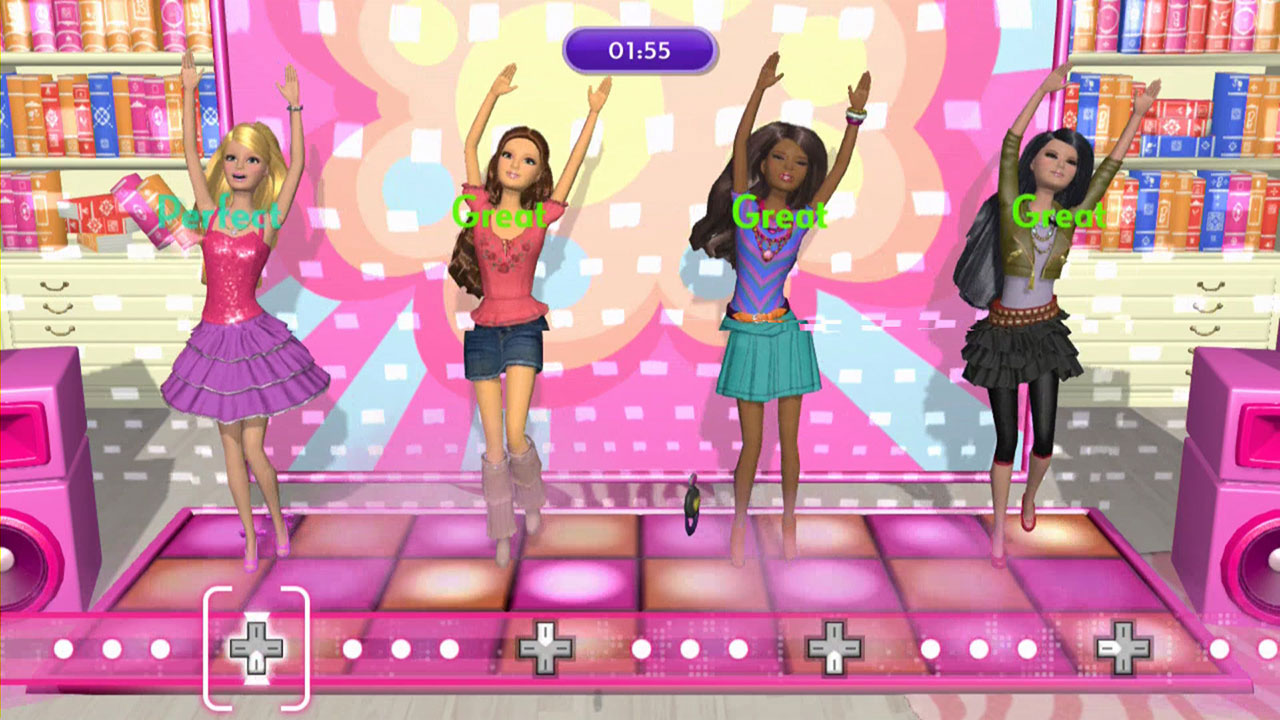 Then again, I wouldn't be very excited about seeing who can wash and groom dogs and horses the fastest.  Something tells me I'd have a hard time convincing my lady friends to partake in a race to bathe, brush the teeth and trim the nails of my pets the next time they come over.  I enjoyed the dancing and runway mini-games though.  One of the sillier mini-games took place in the garage where Barbie and her friends had to collect giant cogs from the soapy floor and put them back in place.  If they were not careful they could fall or get trapped in a bubble.

While I found this game to be over the top goofy, my daughters (the target audience) enjoyed accessorizing their characters.  So much so that they would yell at each other to get out of the closet and let the other have a turn.  Hopefully they don't spend three hours a day worried about their appearance like Barbie. 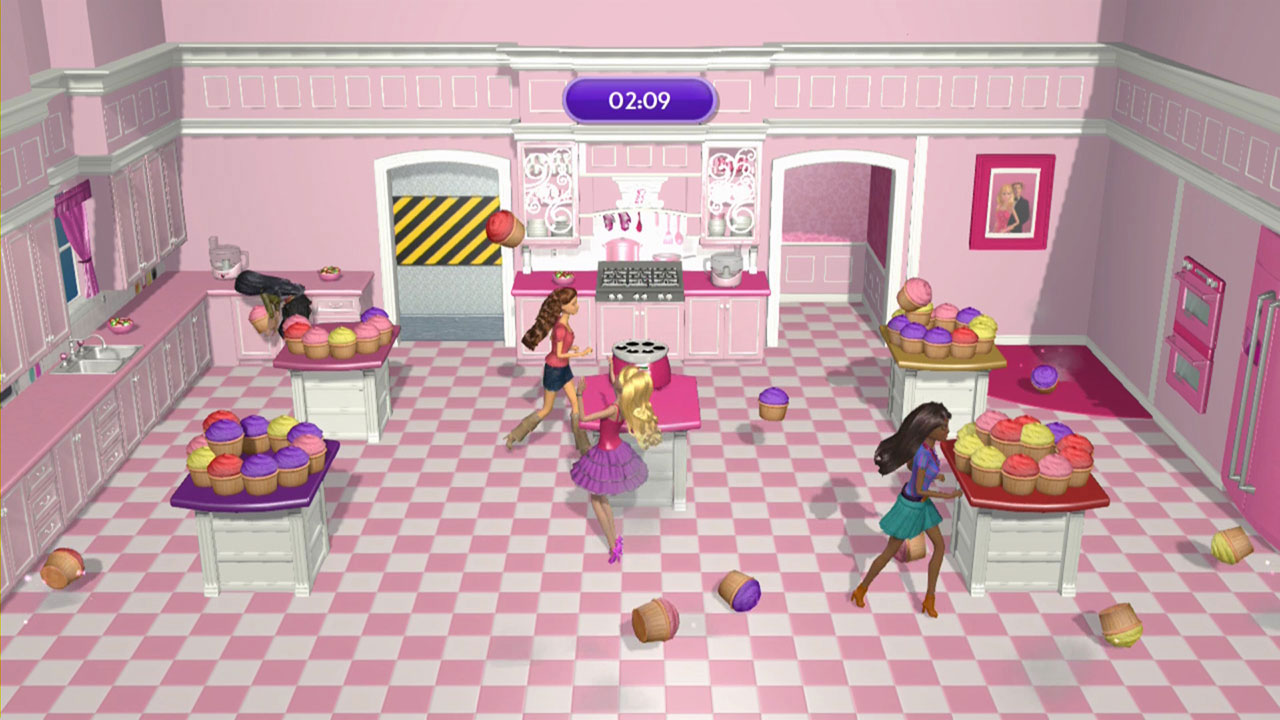 At first the clothes and jewelry selection is limited, but as mini-games are completed more and more items become available.  Some of the unlocked clothing includes bathing suits, skimpy shorts, and mini skirts.  Pretty much the same attire found on most Barbies on the store shelves these days.

I found it funny when some of the computer players dressed similar to another player.  While you can have up to four players, the computer-controlled players put up a decent fight in the mini-games.  They do have their drawbacks as well.  I have seen them get stuck behind a plant and halt the progress of a scavenger hunt.

Fortunately, my daughters didn't experience that problem, but they didn't appreciate the load times between levels.  Even still, they both enjoyed playing this game.  In fact one of mine decided to play with her real Barbies afterwords.  If you have a daughter that enjoys dressing up her Barbies, cleaning animals, stacking cupcakes and putting on make-up, then look no further than Barbie Dreamhouse Party.