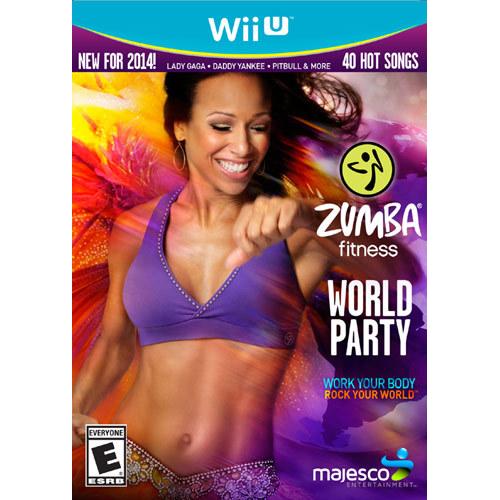 Thank you Majesco for sending us this game to review!

Zumba was founded in 2001 and fuses fitness and dancing and turns burning calories into a celebration.  While I have heard of Zumba, this is my first time partaking in it.  I have to admit that it is fun and I enjoyed busting a move to the various songs from around the world.

Zumba Fitness World Party offers several game modes including classes and a World Tour mode.  In the World Tour mode you get to virtually travel the world and dance to and unlock many exotic songs.  Some of the places you get visit include Europe, Hawaii, India and Puerto Rico.

There are traditional classes as well and you can choose the length of fifteen, thirty, and full length hour long classes.   You can make your own class by combining ten tracks of your choice giving you a half hour workout since the songs are all slightly less than three minutes long apiece.     After each session you are graded and told how many calories you have burned. 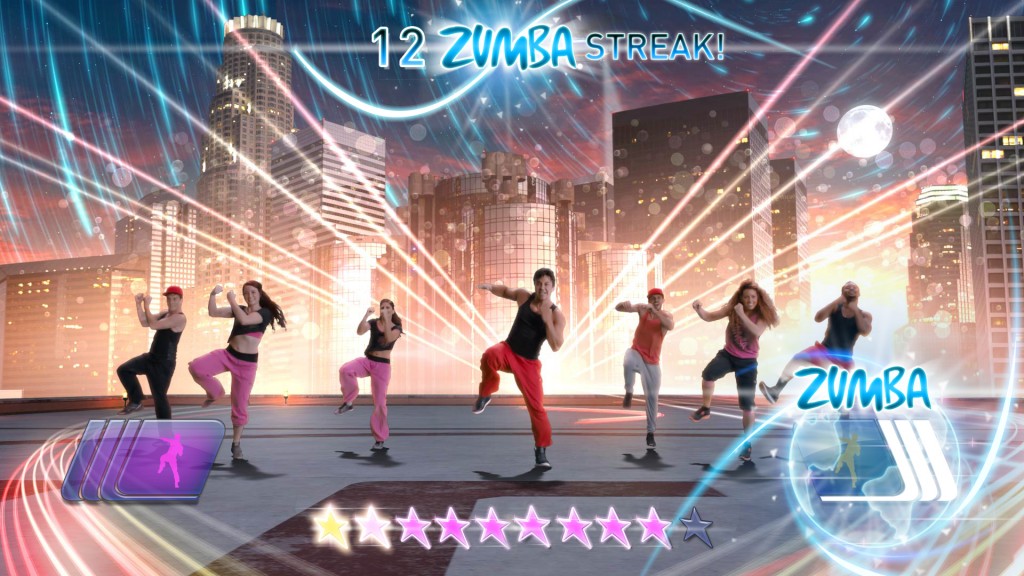 Strong Points: A fun way to burn calories.
Weak Points: I have no idea what most of these songs are singing about!
Moral Warnings: As my five year old son said: "There are lots of bellies in this game"

With over forty songs to dance to, you'll find plenty of variety.  Some popular artists are featured including Daddy Yankee, Lady Gaga, Pitbull, and Shaggy.   Many of the songs are not in English so I have no idea of what they are talking about.  Even though I have taken three years of Spanish, I could only understand bits and pieces and gathered that many of them are talking about love.

Some of the songs are talking about more than love and the dance moves accompanying these tracks are suggestive.   I still try to keep up and probably look silly doing so.  I'd still be embarrassed if someone walked in on me working out.   There are training modes available to help you learn the steps if you don't feel like "winging it". 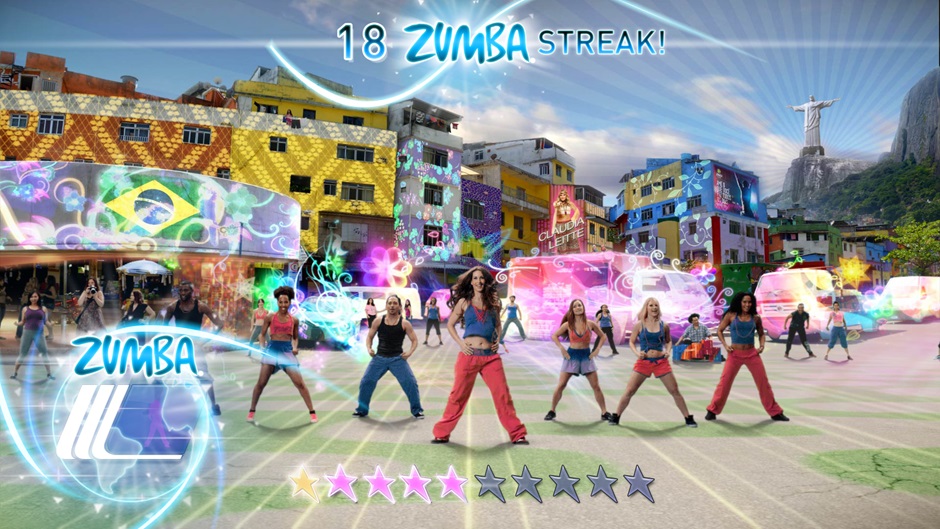 The dance leaders are well known instructors from previous Zumba games and DVDs.  Some of them like showing off their bodies more than others (and yes, they look good).  Some of them wear tank tops while others just wear sports bras.  There are male dancers well and for some reason they all shaved their armpit hair.

While this game has graphical enhancement, they are not flawless as I have noticed some glitches while playing this game on the big screen.   Sometimes there are shadows of dancers and they overlap each other and make it difficult to follow their moves.  Other times the computer effects cover up parts of the dancers unintentionally.

Nitpicks aside, this is still a fun game and it makes me curious about the previous Zumba titles and live classes.  I often receive Groupons for discounted Zumba classes and after playing this game, I may redeem one of those offers. I like the included belt for holding the Wii remote on my hip.  You can have up to four players join in; they would need belts though.  Since my friends are not gamers, I may have better luck talking them into joining a live class with me.