After enjoying Zumba World Fitness on the Wii U, I thought I would backtrack and check out earlier releases (I like to add variety in my fitness routine).  Zumba Fitness offers a tutorial for beginners. The class modes have a range from beginner to expert.  There are multiplayer modes available where you can compete and dance off against your friends and family for the highest score.  Sadly, I exercised by myself so I will only be discussing the single-player mode.

I spent most of my time doing the forty-five minute classes.  While this game offers a workout calendar, I didn’t follow it and exercised when my schedule permitted.  When the weather is nice I prefer to exercise outside, but during the winter months I opt for videogame based workouts. 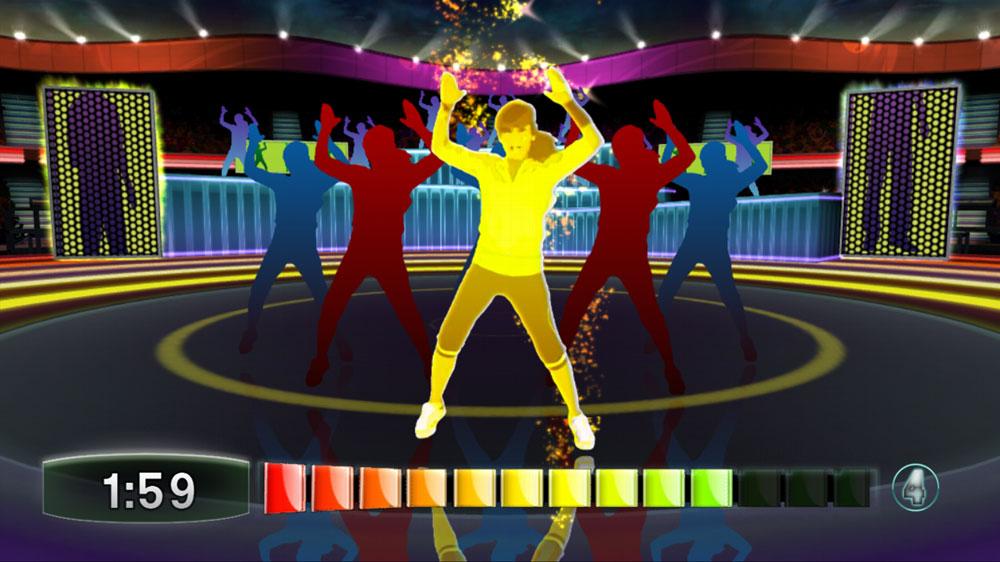 Strong Points: Plenty of songs and classes for both new and experienced Zumba dancers
Weak Points: Only one song has English lyrics, the rest are in Spanish
Moral Warnings: While the game’s cover shows the female instructor’s belly, you don’t see that in the main game

While I have yet to attend a live Zumba class, I considered myself an intermediate dancer and was able to keep up pretty well at that level.   The included belt for the Wii remote was comfortable and registered all of my moves as expected (except for when our wireless sensor batteries died).  As I followed the instructor’s moves, the energy bar on the bottom gradually increased and once filled, it reset and added some enhancements to the environment like background dancers and booming speakers for the default Night Club scene.

There are lots of unlockables in Zumba Fitness including new backdrops and game modes.  By default you can partake in twenty or forty-five minute classes.  After completing some Zumba Party sessions you can unlock new venues like a factory, roof top and a stadium.  Zumbathon is another unlockable item that lets you do sixty-minute workout sessions. 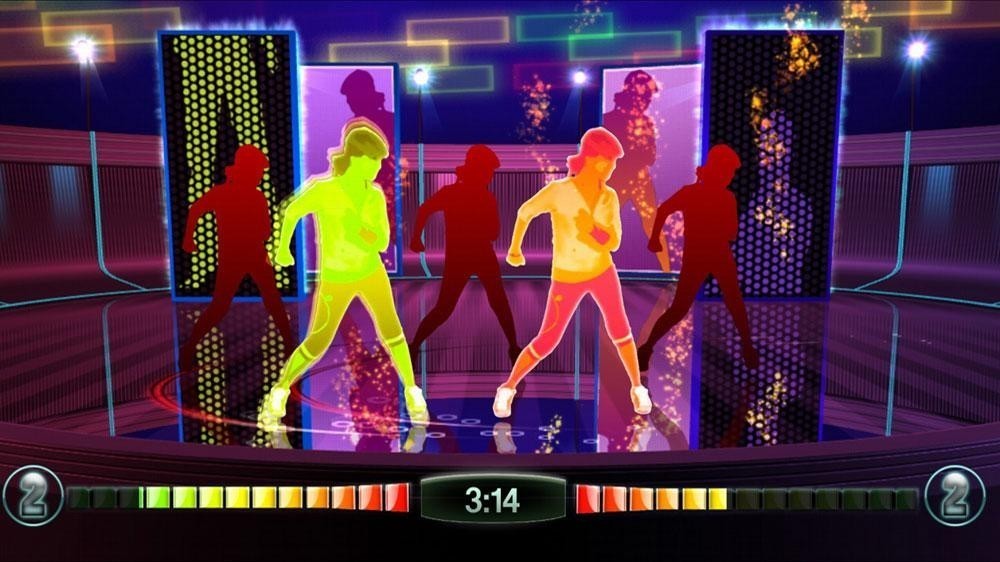 Though the music in this game sounds great, all but one song is in Spanish.  A good majority if not all of the songs are custom so there are no well known songs or artists in this title.  The beats are solid and fun to groove to even though I have no idea what they are talking about.  After a Zumba class is completed, a temporary score and rank is assigned.  I would rather know an estimate of how many calories I burned instead of the score.

The visuals are a bit bland, even for a Wii game.  The background dancers are solid colors, the instructor is washed out and changes colors from green to orange and red.  Without the detail it’s hard to say exactly what the instructors are wearing, but they appear to have more clothes on than the box cover suggests.

While Zumba Fitness is more family friendly than World Party outfit wise, I still prefer playing Zumba World Party since it has a much better song selection. Not only does it have popular songs, many of them are sung in English!   I would only recommend Zumba Fitness if you don’t mind the Spanish music.