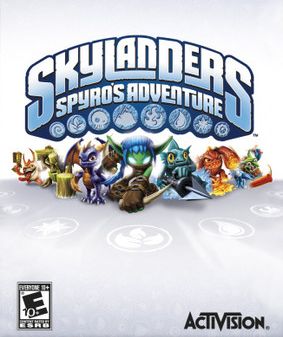 Skylanders Spyro's Adventure is the first game of the successful franchise.  Several changes have been made since with it's successors.  This is the only game in the series to offer a wireless Portal of Power.  The PC version of the game does not require a portal of power and computer versions have not been been made after this title.

The Portal of Power made this game truly unique for its time (and expensive!).  Each game figure has unique data stored onto it.  The figure stores the character’s level, money and status.   If a character is defeated in the game they have to “rest” until a boss is reached or the level is reset.    It's great that the level and money data are stored on the figure and this data carries over to other systems and future versions of the franchise.

The gameplay is a combination of platformer adventure with the occasional maze or tilting puzzle.  Besides exploring dungeons and defeating hordes of monsters, there are several mini-games that involve shooting down airships using a turret.  Each area you explore has an elemental affinity and the game will let you know what element is the strongest in that particular zone. 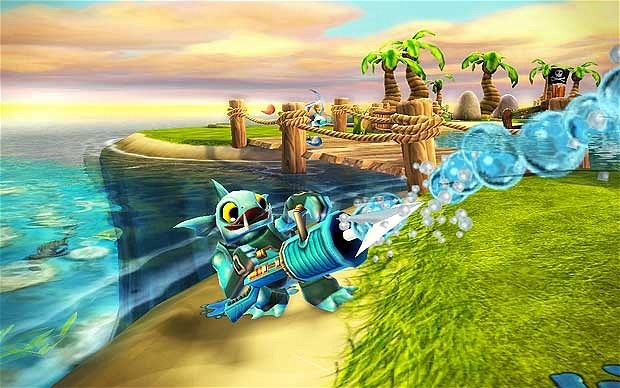 Strong Points: Innovative gameplay and the figures are fun to play with offline too
Weak Points: The game figurines are pricey
Moral Warnings: Fantasy violence and some of the characters are undead

There are over thirty different characters available to play and they are tied to one of eight elements. (Earth, Air, Fire, Water, Life, Undead, Magic, and Tech). Some areas require a character of a particular element to venture forth.  Since these game figures retail at $10 a piece, this game can get quite expensive fast.  Fortunately, we have gotten most of our collection with buy one get one 50% sales.

Besides just buying characters, you can also purchase adventure packs which extend the gameplay even further by adding new dungeons and missions to complete.  These adventure packs sell for twenty bucks a piece.  Am I the only one who wishes I came up with this idea? 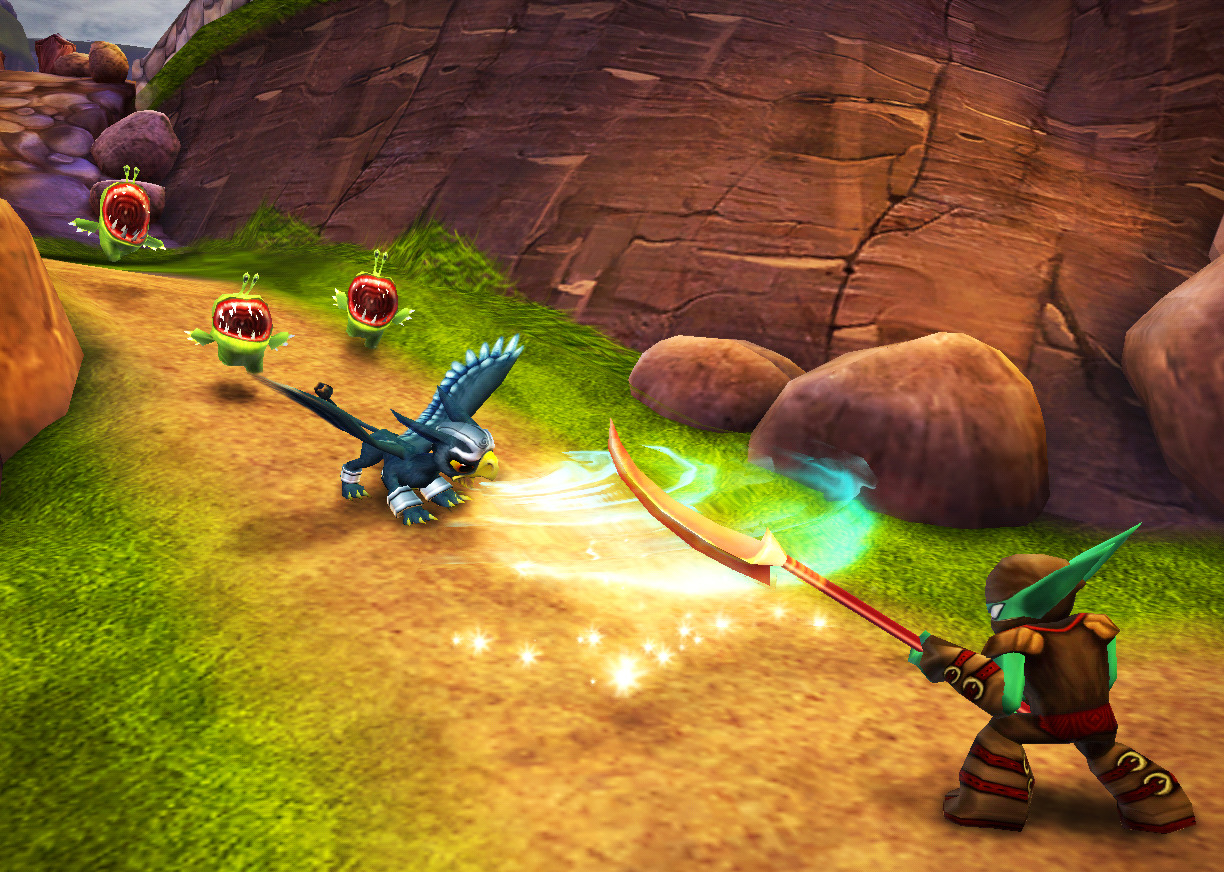 The main goal in this game is to restore Skylands to it's former glory by reclaiming the elemental sources taken by the sinister Kaos.  Besides annoying and defeating Kaos, players can complete hero challenges and battle each other for fun.  Even without the adventure packs, there is plenty of replay value.  It's also nice to know that all of the Spyro characters work with new Skylanders games, but most of the characters in the newer game are not recognized by this one.  Newer Skylanders games increase the character level cap since the max level in Spyro's Adventure is ten.

Graphically speaking, Spyro's Adventure is very colorful and detailed.  For a Wii game, it looks pretty good and the pre-rendered movie sequences are well done.  The voice acting is top notch and the characters have a lot of personality.  Hugo the pilot is pretty full of himself and even though this game has Spyro's name in the title, he's not a major character.

While Spyro's Adventure is family friendly there is some magic use and some of the characters are undead.    If that doesn't bother you, there is plenty of fun to be had in this game.  My husband and I enjoyed bonding and playing this game together with our son.